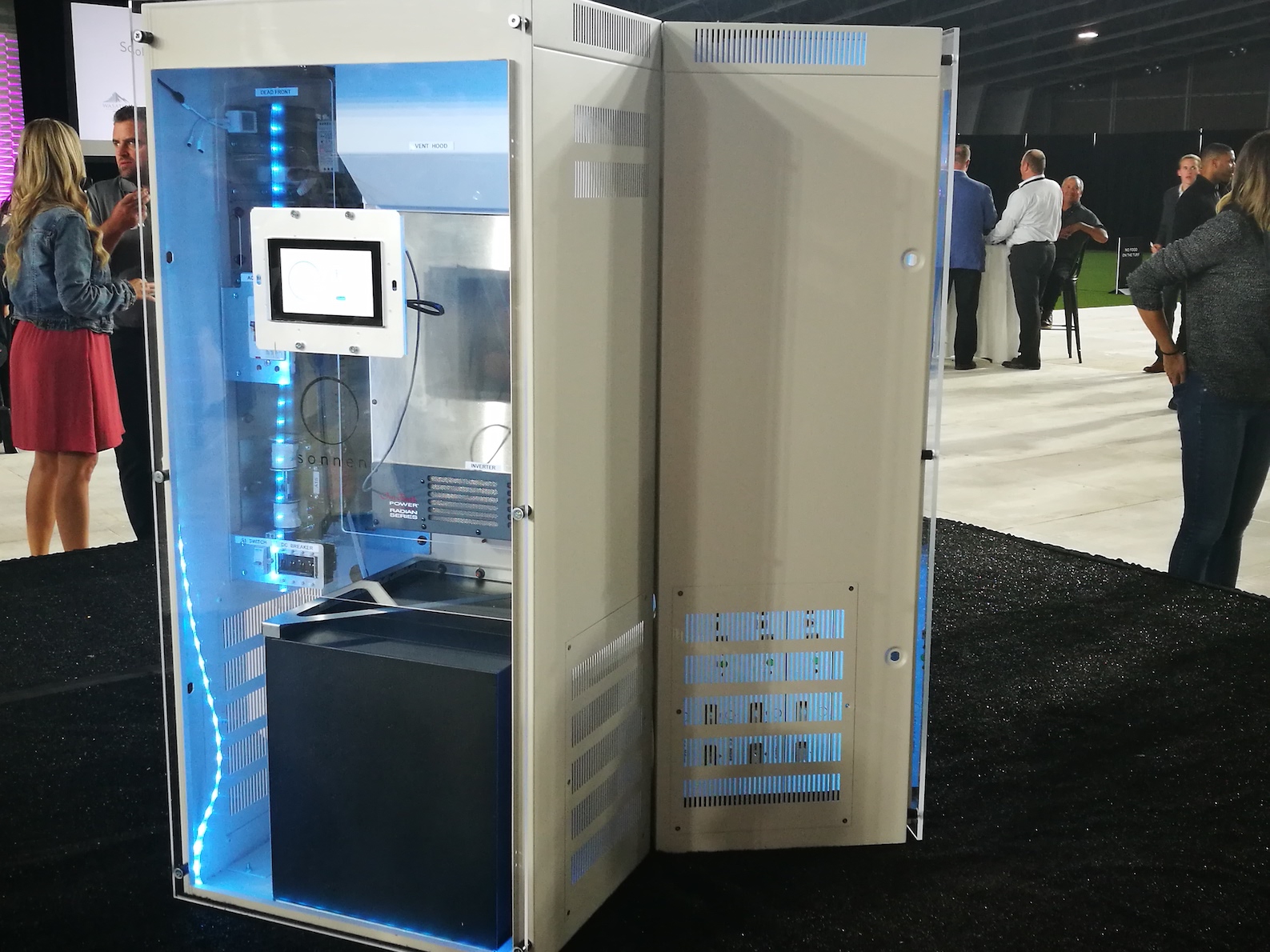 The companies said the offer is intended to support families affected by the recent energy crisis in the US state, caused by the impact of Winter Storm Uri on Texas’ energy infrastructure. Other providers have already told Energy-Storage.news that demand for storage in Texas and other regions of the US with energy shortfall and transmission issues like California has surged.

The first 1,000 homeowners that register on EnergySage’s website to get quotes and order Eguana’s Evolve energy storage solution will get the rebate. The Evolve system has 5kW rated output and 14kWh capacity, expandable to 42kWh.

Germany-headquartered battery storage system maker Sonnen, owned by Shell, will be the energy storage system provider to a project which aims to show that decarbonisation is possible in disadvantaged communities.

The project, backed with US$9 million funding from the California Energy Commission, will install a blockchain-based advanced energy system at the Avocado Heights – Bassett neighbourhood of Los Angeles, California.

The project was announced mid-2020 and comes from a model developed by a consortium including the University of California, Los Angeles (UCLA) which seeks to show that existing houses can be equipped with advanced energy technologies. Other big names in tech and energy like Enel X and Google are also taking part as well as GRID Alternatives, the solar developer which works with low-income communities, the County of Los Angeles and a number of other groups and technology providers.

Electriq Power has signed a three-year private label agreement valued at up to US$200 million with an unnamed customer for Electriq’s home energy storage systems technology.

The customer is a “multi-billion-dollar global manufacturer” of power generation and equipment, which will sell and distribute systems based on Electriq Power’s PowerPod energy storage platform through a network in North America and the Caribbean from the second quarter of this year.

Voltstorage, a German company which has already launched a vanadium redox flow battery (VRFB) system for residential use onto the market, is now seeking to develop a home system based on iron redox flow (IRF) technology.

The company said that the non-flammable solution, which uses enriched iron chloride in its electrolyte solution could be the answer to reliable and affordable energy supply for homes in emerging and developing countries, from renewable sources.

With iron an abundant and low-cost material, Voltstorage is targeting a levelised cost of storage (LCOS) of 5 Eurocents (US$0.059) per kilowatt-hour. A small-cell system with total efficiency of more than 75% has already been achieved in an ongoing testing phase, according to CEO Jakob Bitner. After the testing phase, the company wants to build a full-scale prototype battery storage system. The research project runs until the end of February next year.

At present, US manufacturer ESS Inc makes an all-iron electrolyte flow battery for utility-scale and commercial and microgrid storage, but the Voltstorage project is thought to be the first attempt at doing it at residential scale.