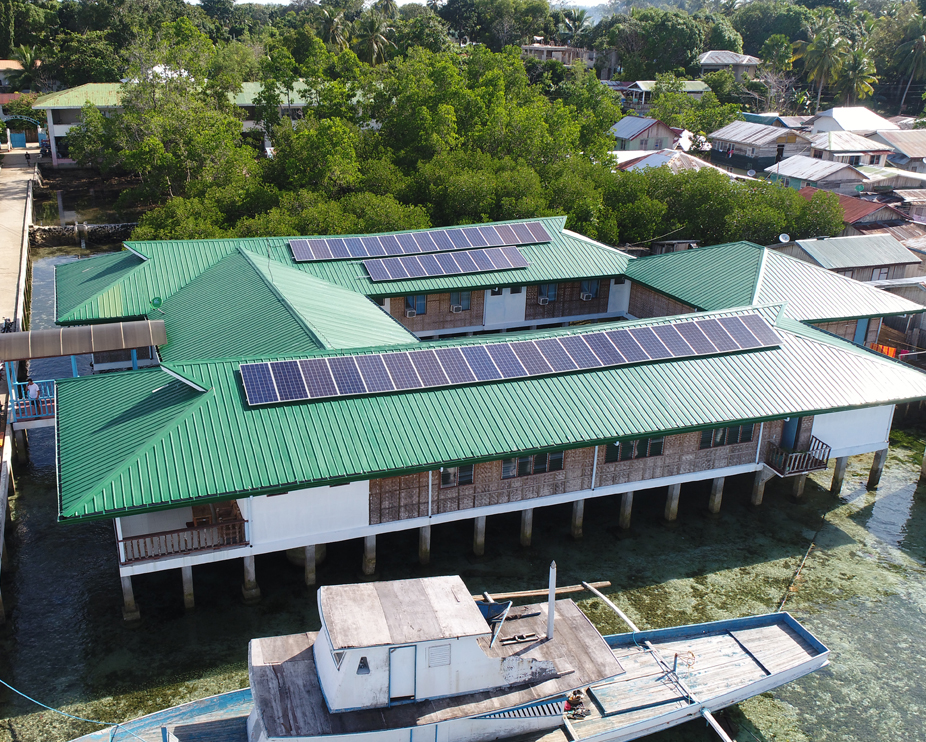 In this remote province, just 30% of the population has access to electricity, with most power sourced from diesel generators and often hit by blackouts.

Such rolling blackouts have negatively affected the Mindanao State University (MSU) in Bongao, Tawi-Tawi, which is aiming to be a centre for excellence in the areas of fisheries, marine and maritime science and engineering, as well as oceanography.

Kennedy is the main developer, while AC Energy is offering technical and financial support. The two firms equipped the campuses with solar panels, hybrid inverters and batteries, providing not only 141kW capacity to the university but also energy storage capability to help the school deliver uninterrupted education despite the inefficiencies of the local power supply.

Dr. Philip Ella Juico, chairman of Kennedy Renewable + Technology Corp, said: “The successful launch of this project highlights the reality of conglomerates successfully working with small companies that labour under challenging circumstances to promote sustainable development. This installation is a living, although modest testament of how organizations like AC Energy and Kennedy Renewable + Technology Corp. solve real problems of power shortages that affect critical institutions in remote areas. Many more projects like this will help advance the cause of energy derived from sources that are replenished by nature.”

AC Energy’s president and CEO, Eric T. Francia, added: “Our company sees great value in not only providing electricity to far-flung regions of our country but also to critical institutions of growth like MSU.”

Panellists at the  Solar and Off-Grid Renewables Southeast Asia event in Bangkok this week debated whether solar-plus-storage applications had become economically viable on a grand scale in Southeast Asia.