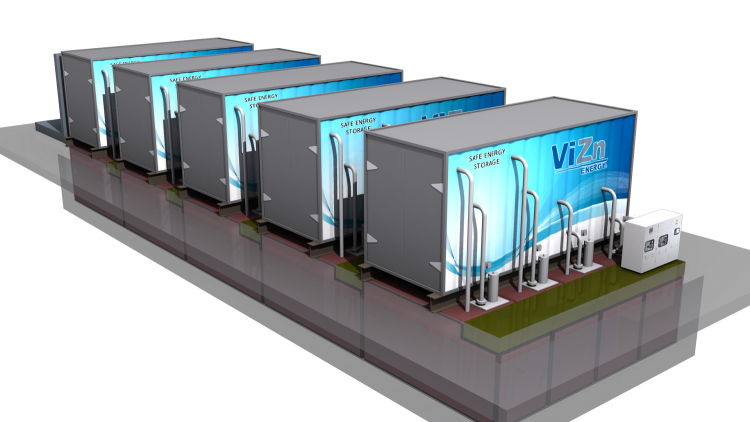 Flow battery manufacturer VIZn Energy has confirmed that nearly all its employees have been “furloughed” amid financial difficulties, but denied that the company has exited the business altogether.

VIZn, which last year claimed its systems could enable large-scale energy storage paired with solar (or wind) for costs as low as US$0.04, was reported by local press in Montana where the company is headquartered to have laid off 70 employees – basically all of its production team – and “ceased operations”.

The company was among the handful of vendors thought to be experiencing success in the difficult task of making long duration redox flow energy storage the high energy counterpart to lithium-ion’s high density and high power but shorter duration storage. VIZN was identified by the likes of Navigant Research as one of the leaders in the ‘lithium-free niches’ of the global demand for energy storage. As with rivals like Primus Power, the competitors are all fighting to raise the profile and therefore 'bankability' of flow batteries.

However, CEO Ron Van Dell left the company in January this year after nearly four years at the helm. Following numerous reports and rumours, new CEO Steve Bonner spoke to local Montana newspaper The Flathead Beacon and said the company hoped the suspension of operations was temporary.

Energy-Storage.News asked VIZn Energy for clarification and was told that essentially, a “committed investor” was unable to participate in a funding round, leaving the company in a tight spot until that source of funding is replaced. CEO Steve Bonner said that the company still has “orders to fulfil and great opportunities to close in the coming months”.

“Our dedicated employees are looking forward to getting back to work”, Bonner told Energy-Storage.News.

Other redox flow energy storage companies also appear to be in something of a state of flux. Australia’s Redflow this week announced the appointment of a new full-time CEO, Tim Harris, after founder Simon Hackett, a well-known tech entrepreneur in Australia, stepped down in September to be replaced by Richard Aird. Aird now returns to his previous role as COO of the company.

Elsewhere, Gildemeister Energy Storage, a subsidiary of German industrial tools manufacturer Gildemeister which has been making vanadium redox flow energy storage devices since 2000, appears to be relaunching under a new owner. The maker of the CellCube vanadium redox flow battery has been bought out by Stina Resources, a North American vertically integrated vanadium and vanadium electrolyte producer. The new owner is creating Enerox, a company incorporated in Austria to assume the CellCube assets.

VIZn Energy CEO Steve Bonner’s statement in full, as given to Energy-Storage.News:

“The engineers at ViZn are on the cusp of fully commercialising a battery technology that promises to cost-effectively enable a 100% conversion to clean and sustainable renewable energy. We have orders to fulfill and great opportunities to close in the coming months. Despite the technical and commercial promise, a committed investor was recently unable to lead the next round of ViZn funding and we need to replace that source. As a result, ViZn has furloughed the staff while the company evaluates various financial options to fund our growth. The Board of Directors is hard at work regrouping with our current and potential investors to plot a path that ensures society will ultimately benefit from our grid scale batteries that cost effectively operate for 20 years with zero fade.”