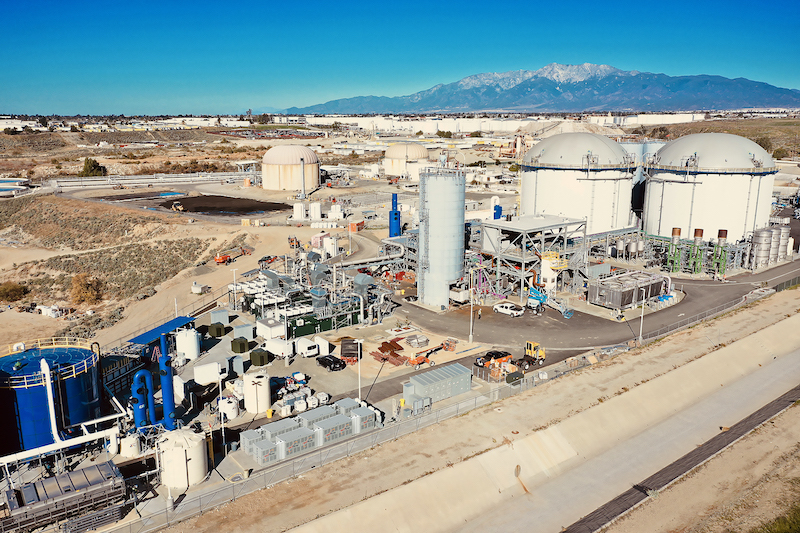 Australian zinc-bromine flow battery manufacturer Redflow will install 2MWh of its battery storage systems at a waste-to-energy facility in California.

In what is the Australian Stock Exchange-listed manufacturer’s biggest customer order to date, 192 of Redflow’s 10kWh flow batteries will be installed as part of the microgrid setup at the Rialto Bioenergy Facility owned and operated by waste recovery company Anaergia in San Bernadino County, California.

The waste digester plant will be able to convert around 700 tonnes of organic waste and 300 tonnes of biosolids daily into renewable natural gas and fertiliser, diverting waste that comes from the Los Angeles and Southern California regions from going to landfills. As the Rialto Bioenergy Facility began construction in late 2018, Anaergia said it would be a step towards dealing efficiently and locally with 300,000 tonnes of organic waste per year in the area. The plant will produce around 13MW of clean energy each year.

Redflow’s batteries will store energy at the facility and be able to discharge to the grid during the five-hour peak tariff period between 4pm and 9pm each day, in a project which is receiving a grant towards its funding from the California Energy Commission. The site’s microgrid will also include a biogas conditioning system, a 2MW biogas-fuelled cogeneration unit and microgrid control system. 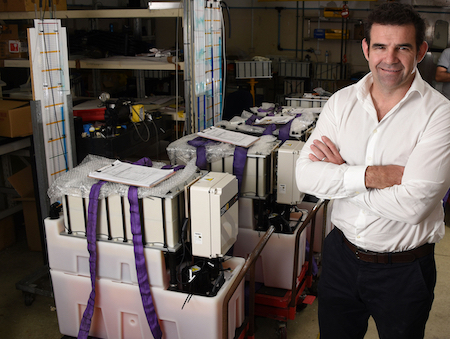 Redflow chief executive Tim Harris with the company’s ZBM2 battery units, which the company says are made largely with cheap and recyclable materials like plastic. Image: Redflow.

Company CEO Tim Harris said that as well as being the “ideal use case” for Redflow’s zinc-bromine flow batteries, which can provide several hours of energy storage and are durable over years of cycling without degradation unlike lithium-ion batteries, the deal also brings Redflow into the California and US markets for the first time. The deal itself is also worth around US$1.2 million to the Australian company, excluding tax.

“Our batteries thrive on heat and hard work – exactly what Anaergia requires from them. This project also enables Redflow to establish a presence in California, where we can offer commercially-proven zinc-bromine flow battery solutions to the broader Californian and US energy market. These markets are expected to accelerate the transition to renewable energy under the new administration of President Biden,” Harris said.

Redflow’s share price rose today as the news was announced, from AU$0.50 at close of trading on 8 March to AU$0.79 at close today and at one point during trading hit AU$1.02. It’s worth noting however that the price actually went higher in mid-February, closing at AU$0.97 on 16 February, a few days after the company announced a deal to provide batteries for uninterruptible power systems at remote telecoms towers around Australia in a government-funded programme. As well as selling battery storage to commercial and large residential and off-grid customers in Australia, Redflow has already supplied and worked on a number of international projects in territories including New Zealand, Thailand and South Africa.

It’s interesting to note that California is home to a zinc-bromine flow battery manufacturer of its own, Primus Power, which in July last year received a US$4 million grant from the California Energy Commission to increase manufacturing capacity of its 25kW / 125kWh Energy Pod 2 systems. Confusingly, Redflow’s newly-launched generation of battery storage units being installed at the Rialto project are also called Energy Pods.