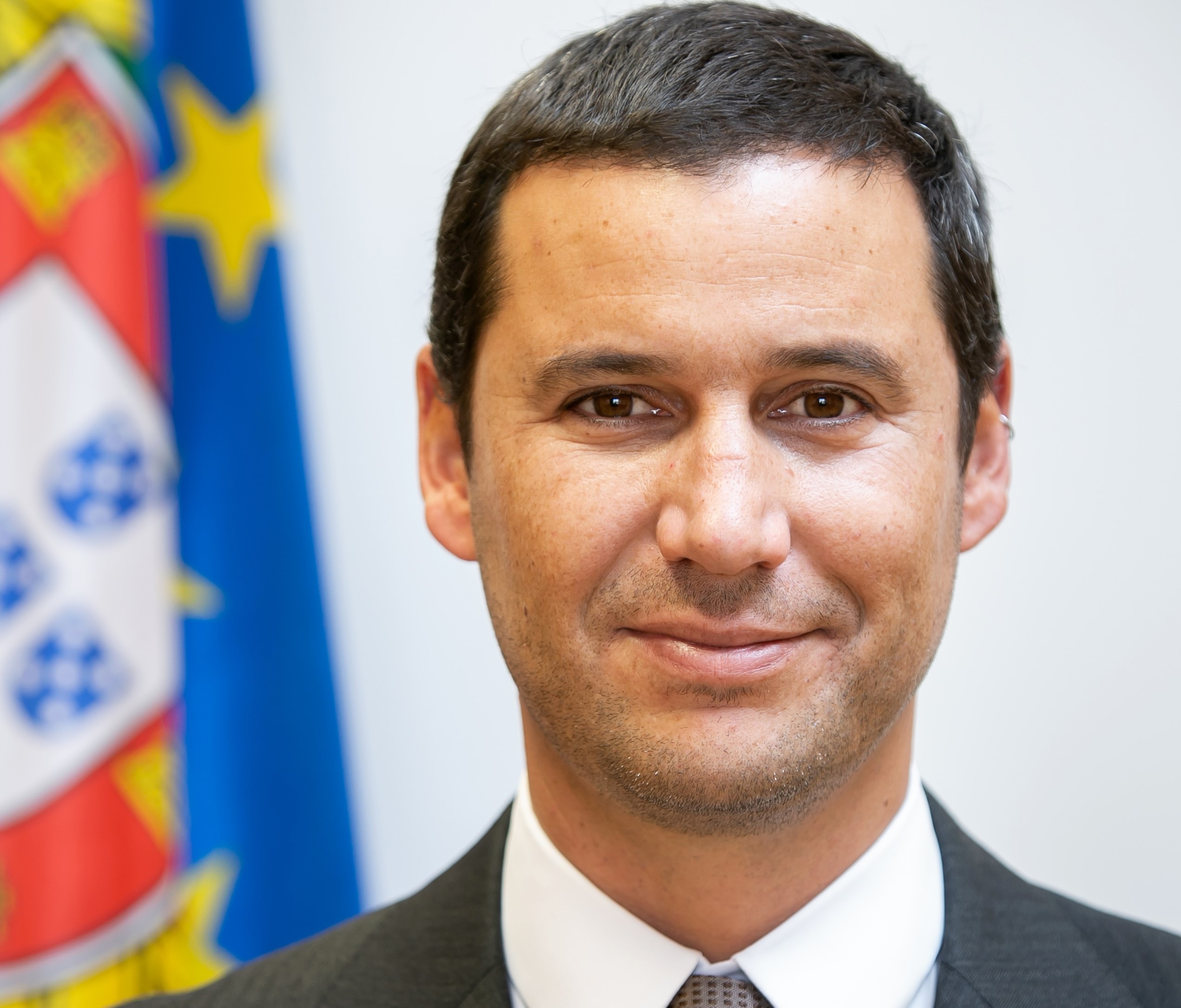 Secretary of state for energy João Galamba said that grid access is a scarce resource in Portugal in an interview with PV Tech. Image: Portuguese government.

Secretary of state for energy João Galamba said it was “quite remarkable” that the lowest price was down on a previous record Portugal held for its first solar auction.

Of the total 700MW available, Q CELLS was awarded 315MW, winning six of 12 lots available. Other winners were Enel, Audax, Iberdola and TagEnergy. The final figure stood at 669MW as one batch of 100MW was only awarded 69MW.

While the companies have a contact with the Portuguese national grid operator for 15 years, they have also received perpetual access to the grid, which was part of the reason for the low bids, according to Galamba.

“The grid access is a very scarce resource in Portugal. So companies, especially companies not yet present in Portugal, have a high willingness to pay for that access,” he said.

The auction was the first of its kind in Portugal that invited companies to lodge bids with a storage component included, with eight of the 12 batches awarded to solar-plus-storage projects.

Aggressive bidding meant that instead of the system paying for storage to be included, it was the projects themselves committing to pay a value to the system at an average of €37,000/MW of installed storage capacity per year.

Storage option winners will pay to have the ability to sell PV energy at the market price and provide services with storage on top according to Corentin Baschet, head of market analysis at technical consultancy and market analysis firm Clean Horizon. That corresponds to more than 200% discount on the capacity payment suggested by the government, Baschet said.

In a comment emailed to Energy-Storage.news Baschet pointed out that as a result of the auction “at least 100MW / 100MWh of energy storage will be deployed in 2024”. Out of three options presented to participants adding storage, the minimum storage capacity eligible for the tender represents 20% of the total capacity of the PV power plant with one hour duration of storage (see chart below from Clean Horizon).

Corentin Baschet and Clean Horizon colleague Tanguy Poirot had previously told this site that the storage option in the tender formed an “interesting first step” towards creating a market for grid-scale energy storage in Portugal. 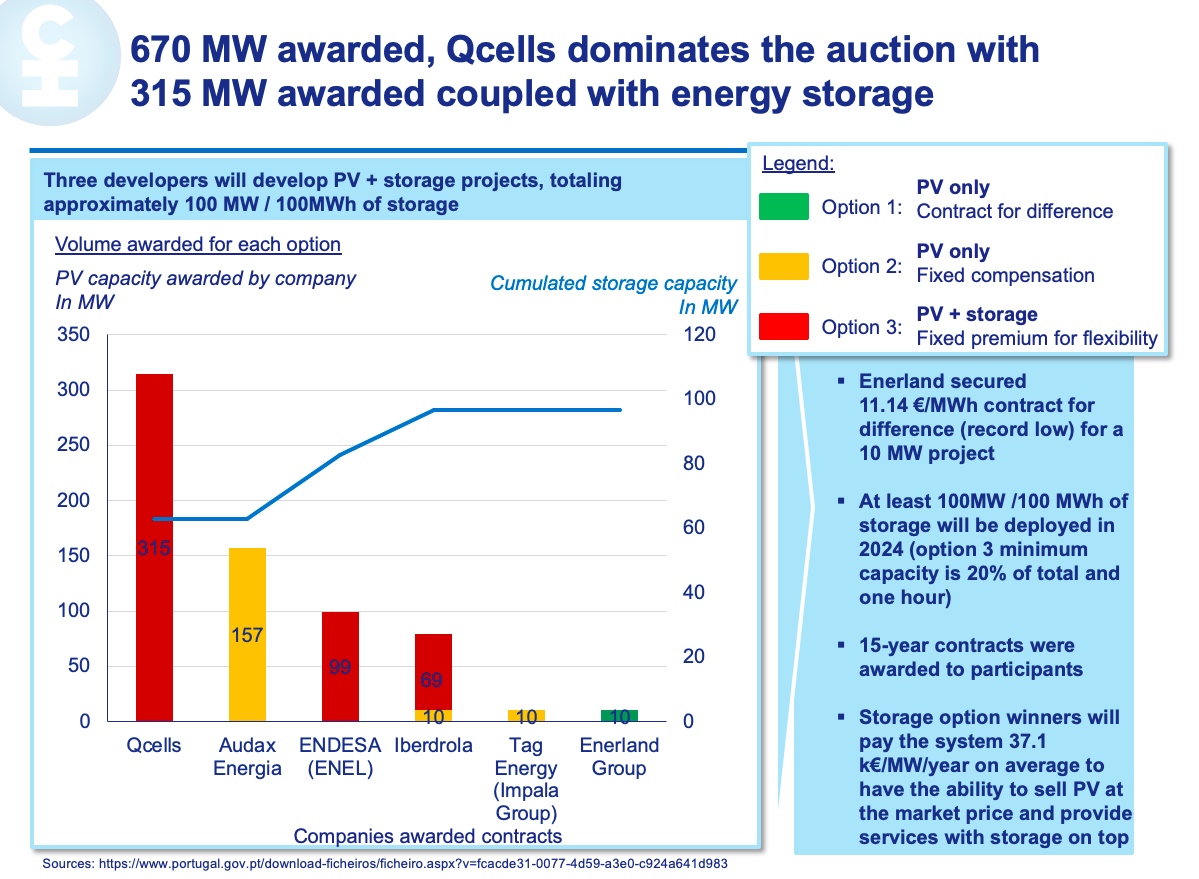 “That I would say was the most striking result of the auction, because so far everybody looked at storage as something that the system needs and for which the system needs to pay capacity payments,” Galamba said. “The fact that we ended up with the exact opposite result, them paying the system, it's quite remarkable.”

Thanks to the flexibility offered by coupling solar with storage, Q CELLS said it will be able to participate in ancillary services and contribute to local grid stability. The company’s six solar projects are expected to be completed in 2024.

Portugal is only realising one solar auction in 2020 as a result of the ongoing COVID-19 pandemic. As of 2021, however, the government is looking to carry out two per year, awarding a total capacity of 1GW per annum.

The country is exploring the possibility of including floating PV as part of future tenders, making use of the country’s dams to install solar parks on reservoirs. Galamba said that the government is assessing the capacity available for future auctions and that with so many licenses awarded it may be necessary to look at alternative land uses.

A version of this story first appeared on PV Tech.