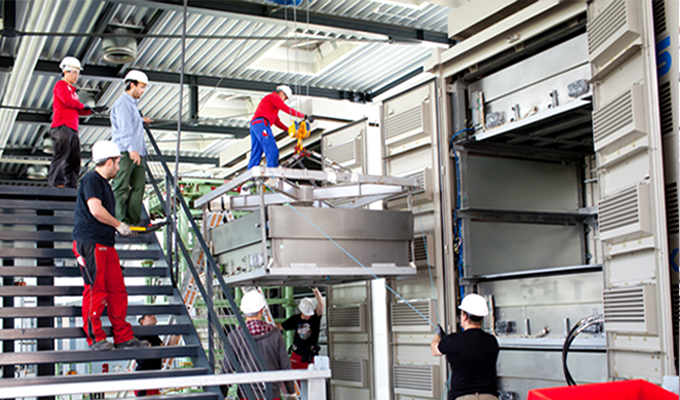 O&M in energy storage is primarily about maximising the value of batteries across multiple revenue streams. Image: Younicos.

The key value propositions for commercial energy storage are based around “maximising economics subject to operating constraints”, according to Stem and other energy storage system integrators and operators.

Discussing the topic of operations and maintenance (O&M) of energy storage systems for a feature article in the just-published latest volume of downstream solar journal PV Tech Power, companies including US-based Stem, German-American storage integrators Younicos and UK companies UK Power Networks and Open Energi offered their views. While O&M in solar PV is a big industry in its own right, marked with a rapid growth in third-party O&M service providers in recent years, the strategies for energy storage tend to be tied more closely to the project's originators, with system integrators and manufacturers sharing the operational and maintenance aspects of most large-scale and commercial installations.

Essentially, extracting maximum economic value from a battery system, or fleets of aggregated systems in Stem’s case, plays off against the limits of what the battery can achieve in terms of charge and discharge cycles before degradation of the battery begins to affect its efficacy.

Gabe Schwartz, Stem marketing director, said that “once the storage system is there, it’s basically just an empty battery that has the capability of storing a certain amount of energy.”

“What makes it valuable is the operation of it, pretty much second by second every day, for the entire life of the asset – a ‘smart brain’ if you will, telling it exactly when to charge and discharge in order to provide its intended value; you can call that the ‘O’ of the O&M but we think of it as the entire business that we’re in.”

While storage systems such as Stem’s can provide grid services to transmission and distribution network operators and utilities, as a commercial operator of behind-the-meter systems, its first priority is to the end customer or system host. Businesses contract Stem to install batteries that can help them lower their electricity costs, first and foremost by providing demand charge reduction.

Demand charges are levied onto commercial and industrial (C&I) electricity customers in many territories. In the US, where Stem has focused to date, these charges, calculated from a C&I customer’s most intensive periods of electricity use in any given month, can make up as much as 50% of a total electricity bill.

However, in order to net the highest possible revenues from a system’s deployment, grid services, such as reducing demand at peak times and frequency regulation services to balance the network, are often also on the menu of services offered by energy storage systems such as Stem’s.

“The strategy [of operating battery energy storage systems commercially] is very different to solar – because solar’s just on one strategy: export when you can and get as much subsidies as you can, or if it’s a subsidy-free you’re still looking for a contract with an off-taker to take everything at a certain price. Whereas the economics of a battery mean you’re trying to operate within as many different types of market as possible to recover the capital invested,” Hill said.