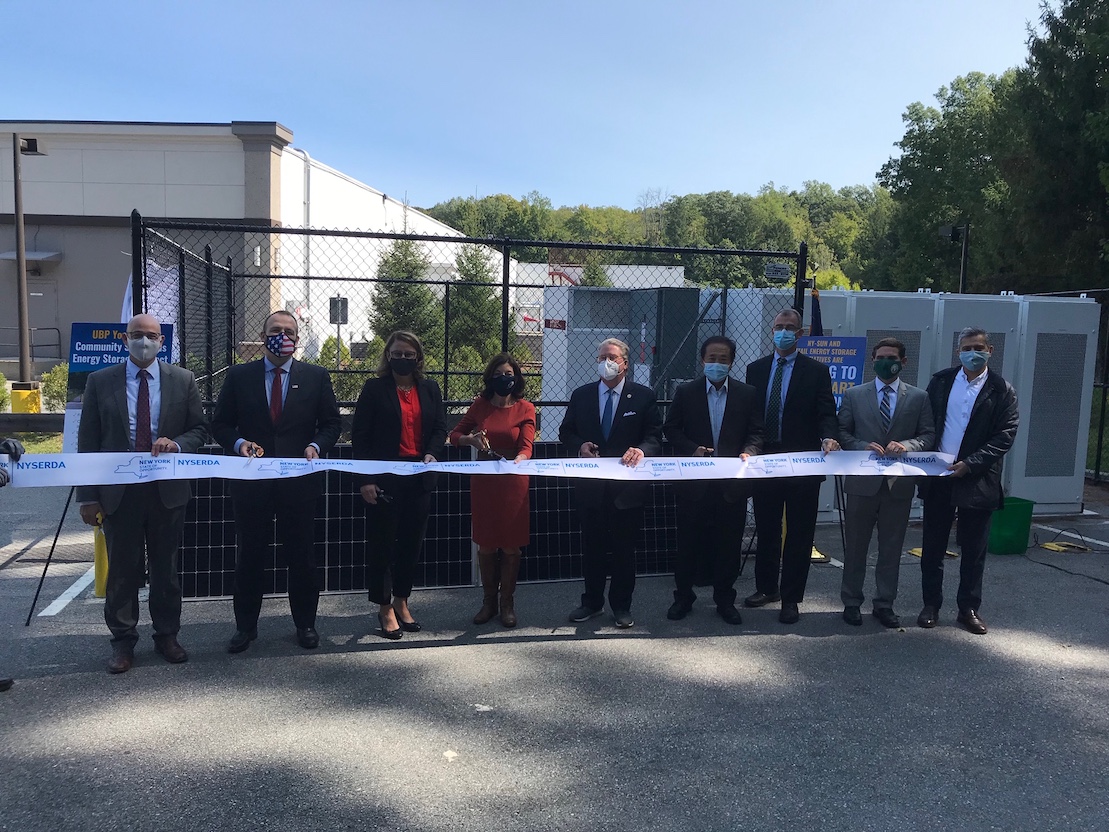 A solar-plus-storage project in New York which has just been completed is the first community project of its type and should help lower electricity costs for participants by 10% for the next 25 years.

State Governor Andrew Cuomo, who has introduced deployment targets of 6,000MW of solar PV for New York along with 3,000GW of energy storage by 2025 and then 2030 respectively, announced the project’s completion yesterday.

Combining a 557kW rooftop solar array with 490kW / 1960kWh of battery storage in the small town of Yorktown, Cuomo said the “first-of-its-kind project in New York combines renewable energy and energy storage that together will deliver reliable, affordable and sustainable energy creating a model for communities around the state.”

New York had been spoken of for its potential for energy storage deployment long before activity really began in earnest; strict safety regulations baked into building codes had limited deployment in urban areas while grid-scale storage only began to find impetus in 2018 and led to developers including Glidepath and Key Capture Energy to delivering some of the state's first multi-megawatt projects, while a partnership between Ares Infrastructure and Power and Dimension Renewable Energy have claimed a porftolio of 1,200MWh is in development.

Jason Burwen, VP of policy at the national Energy Storage Association told Energy-Storage.news earlier this year that New York’s energy storage target and policies around it that “tied it to a statutory requirement” were instrumental in driving forward development and progress is reviewed annually by state regulatory apparatus. A few weeks ago utility NYPA inaugurated the first publicly-owned standalone storage system in the state.

Around 150 households in Westchester County and New York City are set to benefit from the project, which combines Tesla Powerpack battery energy storage systems (BESS) along with 12 Tesla EV supercharging stations. The project was installed by local firm IPPsolar and operated by a division of real estate investment trust company Urstadt Biddle Properties. The system can be islanded from the grid in case of an outage to offer participants power even in the event of an outage.

A ceremonial ribbon-cutting event was held in front of the Tesla Powerpacks attended by New York Lieutenant Governor Kathy Hochul, who called the project “another major renewable energy milestone” for the state as well as being “an example to other commercial properties that these projects can provide clean, affordable energy for years to come”.

The project was helped with US$800,000 of funding through utility NYSERDA leveraging solar-specific local government support programme NY-SUN and the Retail Storage Incentives programme. The latter provides funding for commercial customers installed stationary energy storage systems of under 5MW that offer value to customers under investor-owned utility (IOU) rates. There are now 50 community solar-plus-storage projects in the pipeline in NYSERDA service territory expected to be deployed in the next two to three years, all offering the same microgrid-style islanding capability as the just-completed Yorktown project.

The Governor earlier this month announced the construction of lithium-ion battery recycling facility in the state, the second such facility being built at New York’s Eastman Business Park by recycling specialist company Li-Cycle.