While the likes of California, Massachusetts and New York make headlines as the leading US states for energy storage policy, initiatives from the ground up in New Hampshire, Georgia and Michigan have been announced already this year.

Biggest among the three is the approval last week by New Hampshire’s regulator, the Public Utilities’ Commission (PUC), of a programme by Liberty Utilities to install hundreds of Tesla Powerwall 2 units at customers’ homes.

Liberty Utilities, which serves just under 300,000 electricity customers in New Hampshire and California, proposed back in late 2017 that it would own around 5MW of battery storage (or about 1,000 batteries) installed behind-the-meter (BTM) at residential properties. As with other programmes of this type, aggregating together the capabilities of BTM storage should enable the utility to control the peak load on its networks.

“The batteries will provide backup power for the customer, reduce peak demand, and potentially provide voltage and other support services as needed. The customer will have access to the battery capacity nearly all the time, except when a peak demand is predicted for the following day,” the utility said.

The utility will then be able to control and dispatch the capacity stored in the batteries to mitigate its peak demand issues. Liberty Utilities pointed out that at present New Hampshire lacks significant energy storage facilities and said the pilot “could signal the start of battery storage aggregation throughout New Hampshire”.

The first pilot phase as approved by the PUC will see 500 Tesla Powerwall 2s deployed, while also leaving open a “bring your own device” clause that could enable third-party providers and aggregators to get involved. PUC said the proposed programme was being broken up into the smaller phases as the original proposal, expected to cost around US$8 million, would have “subjected ratepayers to too much risk” and was considered “too big, too complex, and too expensive”.

Liberty Utilities’ senior analyst Heather Tebbetts based some of the thinking behind the pilot on the scheme conducted by Green Mountain Power in Vermont, where again, Tesla Powerwall devices were put on customer sites to benefit the utility and its network as well as individual homeowners. Customers paid either an upfront fee of a couple of thousand dollars or a monthly fee of around US$40. This contribution would be paid for, for the 10-year expected lifetime of the battery systems.

The systems will be aggregated using the Tesla GridLogic software platform “or an equivalent software platform”, while the utility will also put metering systems in place to log time-of-use of electricity at participating customers’ homes.

Solarize Carrollton-Carroll and Solarize Atlanta, campaigns in which local residents signed up together to purchase solar installations for their communities, has resulted in “more than 20 residential energy storage systems” being deployed in Greater Atlanta and Carrol County, Georgia.

The campaigns had already seen some 1.2MW of PV installed at over 170 locations in the areas in 2018, as well as the roll-out of two dozen Eguana Tech systems. Eguana’s Evolve system is equipped with low-voltage 6.5kWh LG Chem battery modules, Eguana Tech power electronics systems, with a 5kW output. It is scalable from 13kWh to 39kWh.

While the scope of the deployment is small, Eguana Tech director of residential sales Livio Filice said that the Creative Solar USA’s ability to sell systems into the developing market in Georgia is a demonstration of “the potential for widespread adoption of residential energy storage solutions across North America”.

Also this week, Eguana Technologies announced it has partnered with energy data and analytics company Pason Power. Pason Power’s Intelligent Energy Management System (iEMS) will be powering Elevate, Eguana’s energy storage solution for commercial and industrial (C&I) customers. Pason Power recently wrote for this site and for our journal PV Tech POWER, on the importance of software and analytics in modelling the economic performance of energy storage systems.

Yesterday, in Michigan, what is thought to be the first rooftop solar PV array combined with an onsite battery energy storage system in the state was officially commissioned.

It’s part of Circuit West, a new “energy district” created by Consumers Energy and Rockford Construction, intended to test and roll-out clean energy technologies for residents and businesses. Electricity generation and distribution, storage and energy efficiency measures are integrated into the district’s 13 blocks.

“Today, there is very little storage on the grid, so electricity is generated just moments before you use it. With large batteries, we will make our grid more efficient, effective and sustainable,” Consumers Energy senior VP of operations Garrick Rochow said.

Consumers Energy also deployed a 1MW battery last year at Parkview Substation on Western Michigan University's Kalamazoo campus. Garrick Rochow said the utility will study the performance of both battery systems to assess how best the technology can be deployed and used across the distribution grid.

While more modest than the huge mandates, new planning rules and clean energy standards seen in the aforementioned ‘big-hitter’ states in the US, it is hoped these projects in some of the lesser-known states will pave the way forward for energy storage across the country. 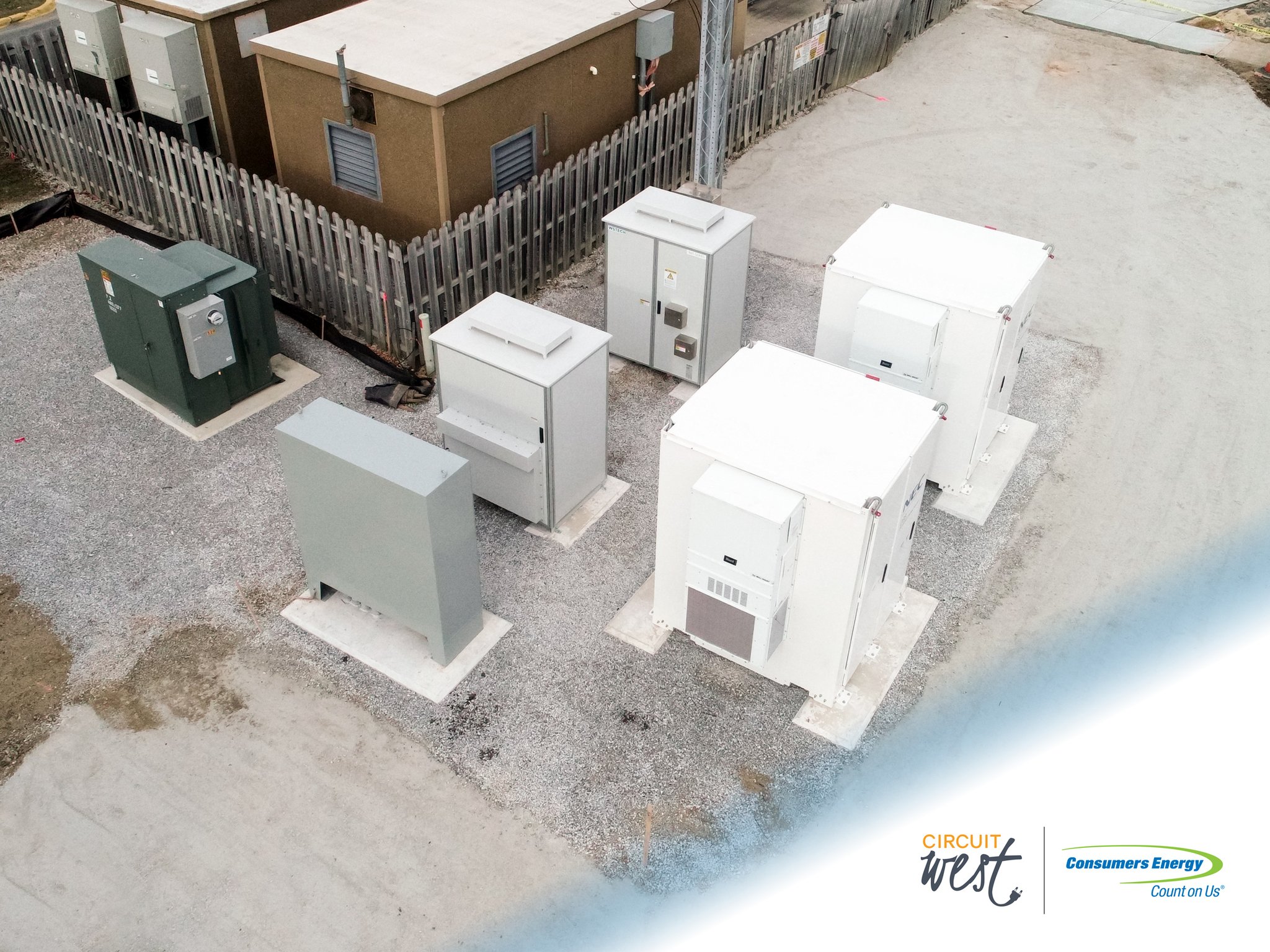