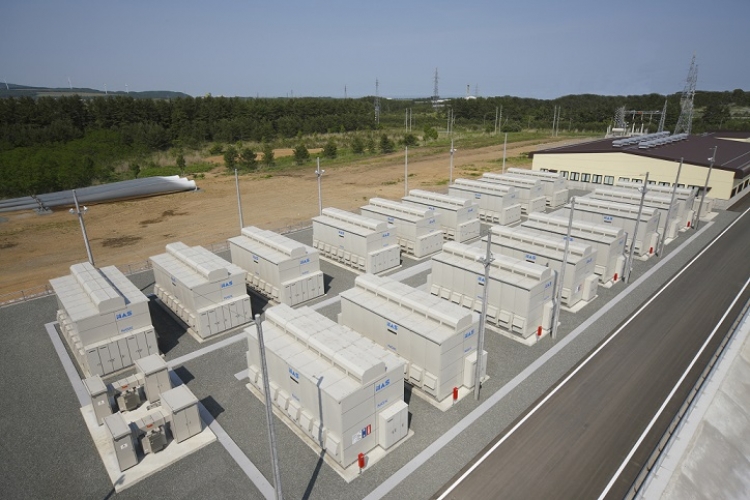 Lithium and sodium sulfur batteries will be used for the first time in new territories, after NEC ES and NGK inked deals to deliver projects to an island archipelago in Brazil and in Dubai respectively.

Integrated electricity company Neoenergia, active in distribution, generation and other parts of the supply chain in Brazil, was requested by ANEEL (National Electric Energy Agency) in 2017 to help find sustainable ways to wean Fernando de Noronha, 350km off the country’s north-eastern coast, from a heavy dependence on expensive and polluting diesel generators.

Neoenergia has contracted NEC Energy Solutions to deliver a lithium-ion battery energy storage system to the islands, on the company’s scalable DSS (Distributed Storage Solution) platform. The size of the initial deployment was not given by NEC ES, which announced the news, but the DSS platform can be configured from 100kW to 710kW for power and 85kWh to 510kWh of energy storage.

In a project that will be managed by Brazil’s Institute of Technology for Development (LACTEC), through a Neoenergy subsidiary, Celpe, the system will storage and integrate energy generated by two solar power plants. It will be the first form of energy storage installed in the region that enables daytime charging from solar.

Previously, NEC ES chief exec Steve Fludder has said that a successful commercial future for energy storage and energy networks in general will be founded on providing enterprise platforms for capacity and services, somewhat analogous to large-scale online retailer Amazon. NEC ES’ AEROS software and energy storage controls allow C&I system hosts and operators to provide “advanced service creation at the grid edge”. In the latest project, while AEROS will be utilised in conjunction with DSS, it is thought that initially at least, the system’s capabilities will focus on the storing and dispatch of solar PV power during evenings.

Talking about the Brazil deployment, Fludder said last week that NEC ES’ “consultative approach” to the project’s development was instrumental in its award to the company. It will be NEC ES’ first project in Brazil and is expected to be completed in August, with work already having begun. The company made a first incursion into another Latin American market in May 2017 with a 2MWh project in Chile for European multinational utility Engie.

It’s the latest in a line of fact-finding and trial deployments of battery energy storage in Brazil. Energy-Storage.news reported in April 2017 that Engie is trialling novel zinc batteries from Eos Energy Storage “to their operational limit”, while more recently another novel battery tech, a 50kW/400kWh test unit of ESS Inc’s ‘all-iron’ flow battery was also introduced in the state of Goiás. A 2016 drive by ANEEL to find companies interested in financing and implementing research and development (R&D) projects relating to energy storage integration in Brazil drew proposals from 90 interested parties.

Towards the end of last month, NGK Insulators, Japan-headquartered manufacturer of the sodium sulfur NAS battery, said it has installed a grid-scale storage system in Dubai, expected to go into operation this summer.

Installed alongside a 13MW PV farm in March after receiving the order last August, it is Dubai’s first utility-scale storage system. The 1.2MW/7.2MWh device will be used for solar smoothing, solar load-shifting and to provide frequency regulation to the grid.

Unlike lithium batteries, which can run the risk of thermal runaway in hot conditions such as those found in the Middle East, the NAS battery operates at higher temperatures, which the company claimed makes it suitable for the region.

The devices are designed to store and discharge energy over about six hours, using sodium at the positive electrodes and sulfur at the negative, hermetically sealed with a ceramic separator between the two.

The installation is sited at Mohammed bin Rashid Al Maktoum Solar Park, the world’s largest solar park, currently with over 200MW operational and slated to reach 1.7GW when completed. The Emirate of Dubai is aiming for the introduction of 5,000MW of PV and CSP by 2030, making renewable energy around a quarter of the generation mix.