Navigant: Distributed solar-plus-storage worth US$49 billion in less than 10 years 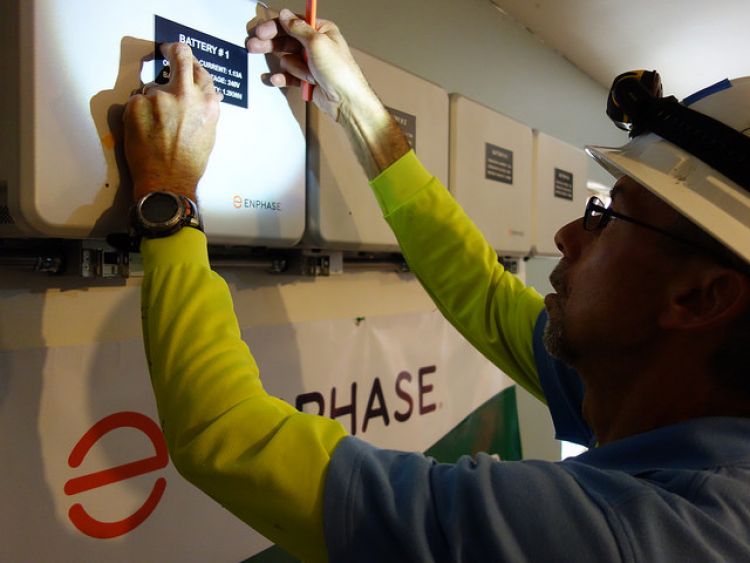 In less than 10 years, distributed solar-plus-storage systems will reach 27.4GW worldwide and be worth more than US$49.1 billion, with Asia and Western Europe leading the way, a new report from Navigant Research has forecast.

Distributed solar PV is an increasingly important part of both domestic and commercial electricity customers’ diversifying suite of energy options, as increasing numbers turn away from conventional utility supplier arrangements. Navigant says that soon, the value of standalone solar PV will be questionable without the addition of energy storage, particular in those remote and off-grid regions where it would form the backbone of new, distributed energy installations and networks.

Although “significant barriers” still remain, technical, economic and regulatory factors are coming together to drive forward the adoption of these twin technologies, Navigant says. Three of those main factors are: 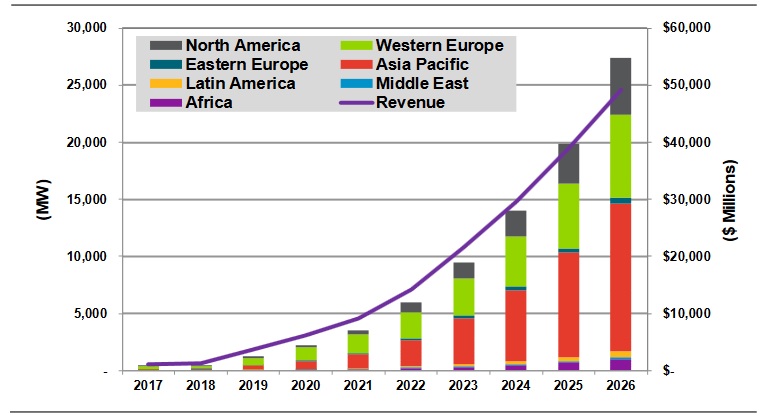 According to Navigant, Asia Pacific will be the leading regional market when the sector as a whole is expected to accelerate to a value of US$49.1 billion by 2026, totalling 27.4GW across the residential, C&I and remote/off-grid segments combined. Annual revenues for distributed solar and energy storage in the Asia Pacific region will reach almost half that total figure by 2026, US$23.1 billion, representing 12.9GW of installed capacity. Meanwhile the next-biggest region, Western Europe, will hit 7.3GW by that year, amounting to US$12.5 billion in revenues.

“An emerging confluence of technical, economic, and regulatory factors is beginning to drive growth in the residential, C&I, and remote, off-grid DSES markets. Beyond this, coupling battery energy storage technology with solar PV and virtual power plant (VPP) software technology will allow this class of DER to be dispatchable from a grid operator standpoint to address intermittency and provide grid services as well,” Navigant senior research analyst William Tokash said.