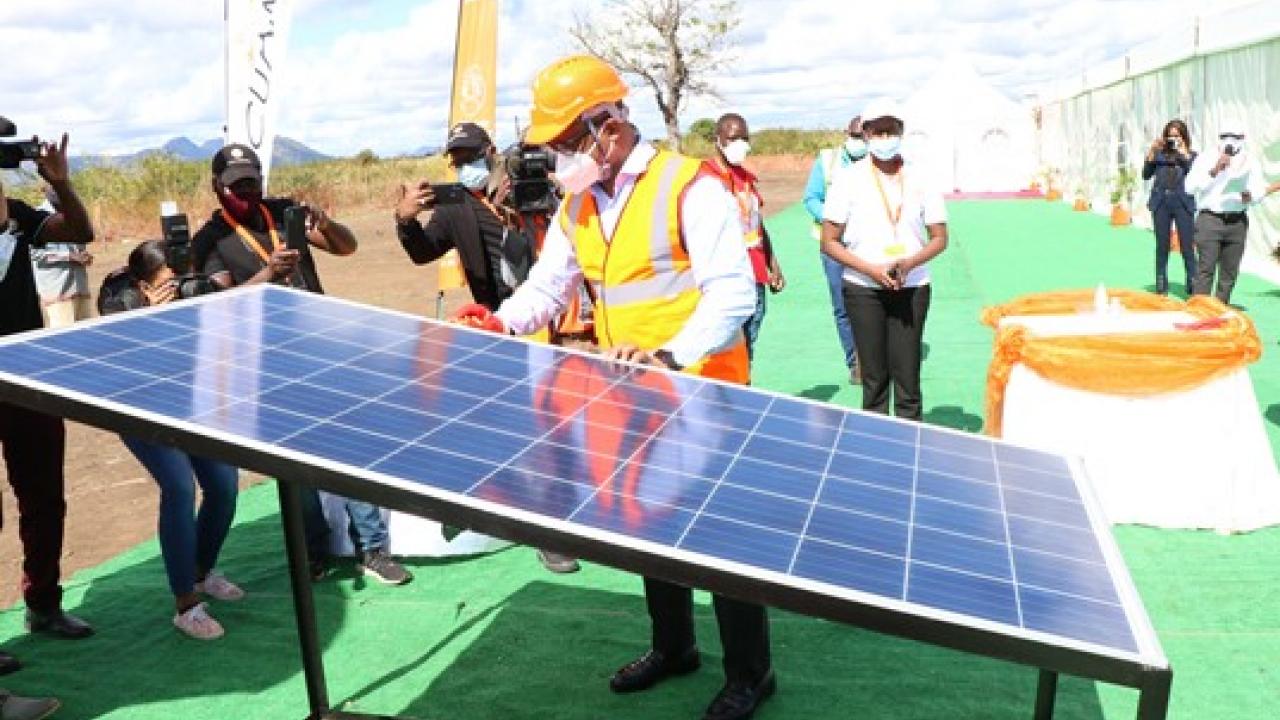 Ernesto Max Tonela, Minister of Mineral Resources and Energy of the Republic of Mozambique at the ceremony to mark the start of construction on 10 June. Image: Electricidade de Moçambique (EDM).

Mozambique’s energy and mineral resources minister attended a ceremony to mark the start of construction on the first solar project in the country to be paired with utility-scale battery energy storage.

The project is in the Tetereane District of Cuamba, a city in Mozambique’s Niassa province. Scope of the US$32 million project’s works includes upgrades to Cuamba’s electrical substation and Globeleq chief development officer Jonathan Hoffman called it a “trailblazer for future utility-scale energy storage in Mozambique and the region”. EDM said that two medium voltage (33kV) lines will also be built to connect the plant to the local substation.

Globeleq partnered with EDM as well as with Source Energia, the subsidiary of an investment group headquartered in Mozambique’s capital Maputo, on the project and is partnering with Source Energia on a wind power project in the country. The IPP has also been prequalified to participate in a tender for a 40MWp solar project in Sofala province and has already been selected to work on two solar PV projects in neighbouring Eswatini (Swaziland), each of 15MWp.

Mozambique has a target of providing energy access to all its citizens by 2030 and the project is in response to growing demand for electricity in Niassa province. The Cuamba project is being supported with US$19 million in debt funding from multi-donor organisation Private Infrastructure Development Group (PIDG) through its Emerging Africa Infrastructure Fund, as well as US$7m million grant funding from a viability gap funding facility of PIDG’s and a US$1 million grant from CDC Plus, an infrastructure investment fund for developing countries.

In May, Energy-Storage.news reported that the US Trade and Development Agency (USTDA) has allocated funding for feasibility studies to a wind-plus-storage project in Mozambique, which would help to validate the viability of battery storage for balancing the local grid. This follows a similar announcement in 2018, when USTDA said it was funding a feasibility study for a solar-plus-storage project at Mozambique’s Nacala International Airport.