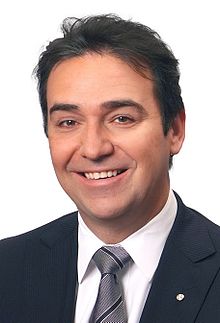 Dan Spencer, campaigner with the trade association group, says the scrapping, “plays into the hands of a divided Federal Government with no plan for renewables post 2020”.

“Scrapping SA’s (state based) renewable target is a retrograde move that sends the wrong message and will be vehemently opposed by the South Australian community”, added Spencer.

In the run up to the March 2018 state election the liberals have additionally proposed AUD$50 (£29.7 million) for grid scale storage if elected.

Also received as encouraging by Solar Citizens, is the Liberal’s proposal to establish a renewable energy interconnector between South Australia and New South Wales.

In the same pledge the Liberals intend to replace the state-owned gas plant with a reverse auction for existing generation. They also will consider more coal or gas in order to prevent blackouts; Solar Citizens has listed both these schemes as potentially damaging.

Weatherill said South Australia face an energy crisis due to underinvestment, insufficient competition and an absence of a coherent energy policy, which he vows to change with a “21st Century energy plan”.

Josh Frydenberg, Minister for the Environment and Energy, criticised the plan as Weatherill’s government’s admission to failure; he said the plan would drive up prices owing to Labor’s “poor track record”.

Outlined in the Labor plan is to build Australia’s largest renewable energy storage battery, as part of the AUD$150 (£89 million) Renewable Energy Fund.

The giant battery project is currently underway in its early stages. The 100MW/129MWh grid connected battery, is to be installed by Tesla, which has promised to deliver the battery for free if it is not completed in 100 days from a recent interconnection agreement signing.

Solar Citizens said the battery project is “an example to the world”. They said Labor have taken the first step in repowering South Australia and urged that continued support for renewables is needed.

Other Labor  initiatives include a state-owned gas power plant and incentives to source gas over coal-fired energy, the initial cost estimation for the total plan is AUD$550 million (£326.8 million).

Steven Marshal, leader of the opposition Liberal party, said, “South Australians have been treated like guinea pigs by Jay Weatherill and the Labor party for too long”. He said that their energy “experiment” has been expensive and unreliable.