Microsoft, NYPA in group urging Congress to spend US$50 billion to modernise US electricity sector 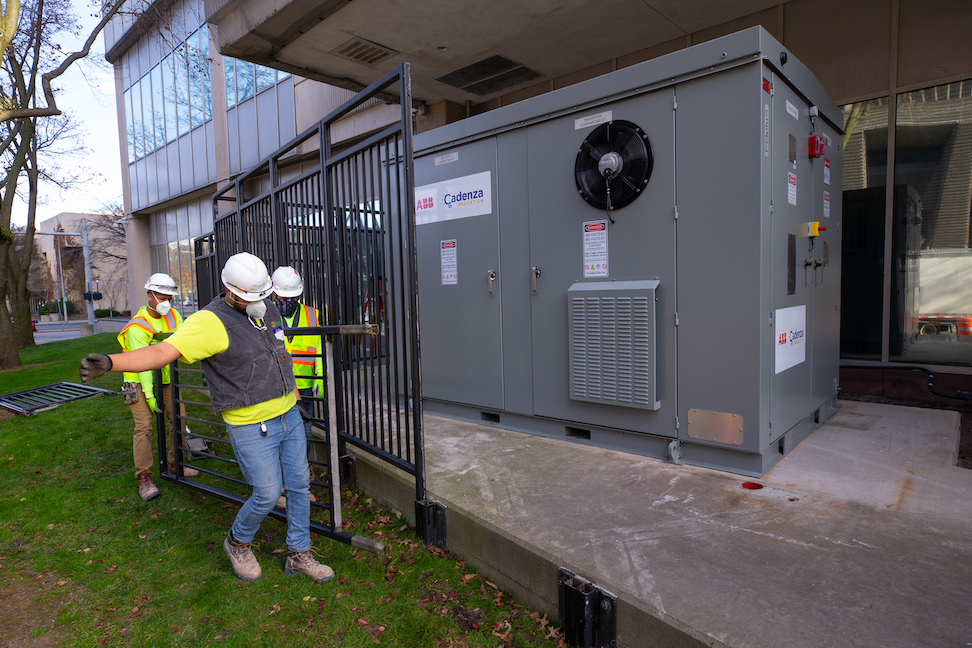 US Congress has been urged to unlock US$50 billion of federal spending power to implement upgrades to the country’s electricity sector, including measures to support energy storage.

The call has come from GridWise Alliance, an organisation formed in 2003 to support the transformation of the US’ electricity grid to meet the challenges of the economy. The group counts among its membership a wide range of tech companies like Microsoft, Intel and IBM, labour unions like the International Brotherhood of Electrical Workers and the Utility Workers Union of America and direct energy industry stakeholders including utilities New York Power Authority (NYPA) and Con Edison.

A letter was sent to Speaker Nancy Pelosi and Republican Leader Kevin McCarthy in the House of Representatives and Senate Leaders Chuck Schumer and Mitch McConnell yesterday from GridWise Alliance and its affiliated Grid Infrastructure Advisory Council, which includes GridWise member company executives along with executives from utilities, tech companies, equipment manufacturers and vendors, unions and environment and climate justice groups.

Pointing to recent challenging events for the electric grid in California and Texas, both of which have experienced severe outages through extreme heat and extreme cold conditions as one example of the grid’ vulnerability, the letter said that everything from the coronavirus pandemic and resulting economic fallout to cybersecurity, ageing infrastructure and environmental disaster present serious risks to energy security.

The group urged Congress to “fully fund a set of recommendations for grid investments” to help expand and modernise transmission and distribution (T&D) networks and related initiatives that can help with the nation’s economic recovery, job creation and climate change mitigation. State and local governments can do a lot to progress these aims, the letter said, but there still remains a significant role that federal funding needs to play, sharing costs across the nation.

The letter sets out seven major aims for modernisation that the US$50 billion investment could drive, at least four of which would have an immediate impact on energy storage adoption and deployment, which are:

1. Deploying technologies to enhance grid flexibility that will aid with the integration of renewable energy resources, reduce constraints for the transmission grid and reduce the need for new fossil fuel resources.

GridWise said energy storage is among these flexibility resources, alongside things like controls, sensors, data analytics and software-as-a-service; helping to balance electricity supply and demand, especially at peak times. Flexible networks are resilient networks and such resources can also help with backup power, rerouting the flow of electricity away from damaged transmission assets and fixing broken links on the grid.

GridWise wanted to see around US$7 billion allocated to this, US$5 billion for the Department of Energy’s Smart Grid Investment Grant Program and a US$2 billion increase in the borrowing authority of the DoE’s Power Marketing Administrations.

2. Deploying technologies to enhance the integration into the grid of buildings and electric vehicles (EVs).

Buildings and their installed electrical equipment can be a useful asset for balancing the grid when advanced metering infrastructure (AMI) is placed between building and grid, offering opportunities to install distributed generation, do demand response or lower peak demand — which can be done with battery storage. GridWise wanted about US$8 billion to be spent in this area.

Similarly, about US$500 million should be spent on initiatives for vehicle-to-grid (V2G) integration of EVs, GridWise said.

3. Re-introduce Section 48c, a tax credit for domestic manufacturing, which could apply to technologies that enable renewable energy and energy storage.

4. Support the deployment of microgrids, energy storage and other technologies that can make critical infrastructure more resilient, including both utility infrastructure and mission-critical public infrastructure like defense forces facilities, hospitals and public housing and other public buildings.

Funding recommended for this included US$18 billion through an existing State Energy Program which could also be used for planning T&D work, US$2.5 billion to the Department of Defense, public building funds and the Department of Energy’s grant programme for energy and water efficiency projects at federal facilities and US$1.5 billion for public housing authorities.

“Grid modernisation investments are essential to meet the goals of decarbonisation, enhanced grid reliability, security and resiliency, as well as energy affordability and equity. The undersigned members of the Grid Infrastructure Advisory Council urge the Congress to include at least US$50 billion for the grid in any infrastructure package,” the letter concluded.

GridWise claimed the US$50 billion of spending could create nearly 150,000 jobs, many of which would be “high-paying, high-skilled and steady”.