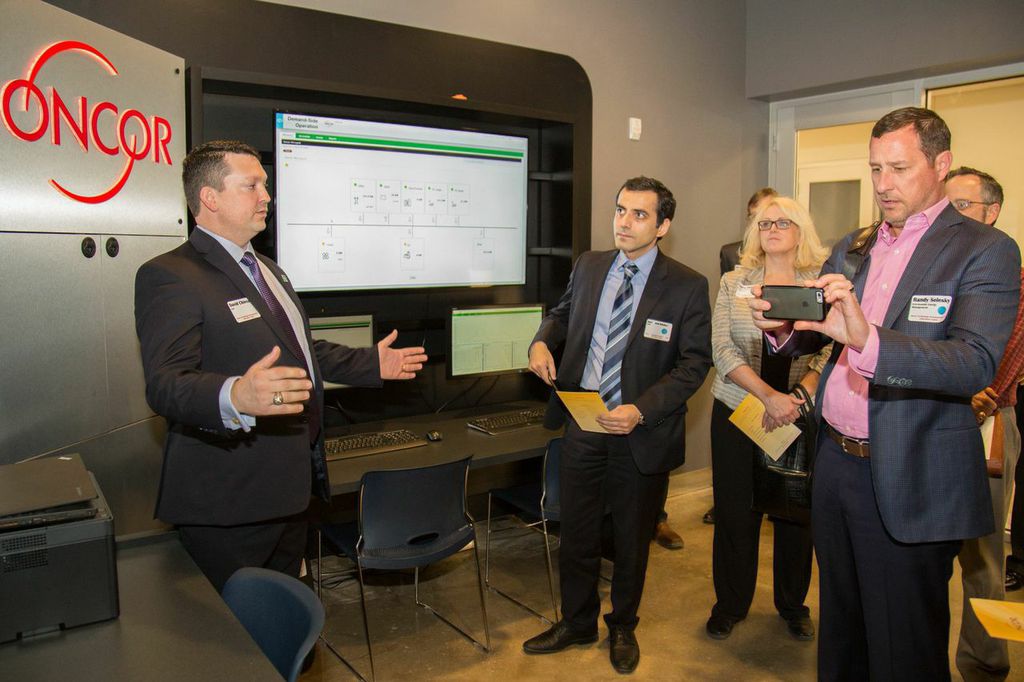 Visitors are shown around the control room of an existing microgrid project by Oncor and S&C Electric in Texas. Image: S&C Electric / Oncor.

A community microgrid in Chicago will be supplied with lithium-ion battery storage from aerospace and defence giant Lockheed Martin, allowing it to be ‘islanded’ from the local grid network.

Bronzeville, in the South Side of Chicago, is hosting a community microgrid built by utility Commonwealth Edison (ComEd). It is being developed with the help of a US$5 million grant from the US Department of Energy (DOE) and is acting as a demonstration of the technology and its uses.

According to the utility, the ‘microgrid cluster’ is being built in an area which has 10 facilities that provide critical services to the town, with the project addressing energy security and resiliency in the local area as well as aiding the integration of renewable energy including solar PV.

The cluster, connected to an existing microgrid at the nearby Illinois Institute of Technology, includes distributed energy resources (DERs) installed in stages of 2.5MW, 4.5MW and 7MW successively. The DOE grants were awarded so that the project can trial and demonstrate microgrid control systems as well as how large amounts of solar and batteries can be integrated with microgrids.

Lockheed Martin will supply a 2MWh energy storage system (ESS) based around its Gridstar Lithium technology. The company entered the stationary energy storage market a while ago with its lithium product while a much-talked about flow battery system’s launch is imminent. Energy-Storage.News has reported on some recent supply deals for Gridstar Lithium systems, including a dozen solar-plus-storage projects with developer Cypress Creek and a 17MWh supply deal with Peak Power in April.

The Gridstar turnkey system can be configured from 100kW to multiple megawatts and includes batteries, controls software and balance of system components and is certified to UL 9540 standards. Lockheed Martin Energy is also now working in other areas including demand response and energy efficiency.

The Bronzeville microgrid has been designed so that it can be separated or ‘islanded’ from the local grid and continue to serve local communities with power in the event of network issues. ComEd, Illinois’ biggest utility with around four million customers, said the project will serve around 1,000 utility customers and is scheduled for completion next year.

According to a notice from the DOE on the award of grant funding, the islandable portion of the grid is configured so that it could be expanded at a later date. The DOE notice said the project should enable solar and storage to constitute 20% to 35% of the microgrid’s peak load. The goal of one part of the overall project is to determine how best to achieve the “seamless integration of these systems in utility grids”. ComEd said it will be studied for around 10 years once it is in operation.

While traditionally considered a solution for very remote settings without connection to a reliable local grid, several microgrid projects have been announced or already built in the US which serve communities with existing grid connections with more reliable energy supply. These include Oncor’s microgrid in Texas with S&C Electric and the Brooklyn-Queens microgrid for Con Edison (not to be confused with Commonwealth Edison) in New York State, which similarly integrates 12MWh of energy storage resources. On another related note, S&C Electric also recently conducted an 'islanding test' at a different microgrid in Illinois, running the facility for 24 hours without support from the grid.