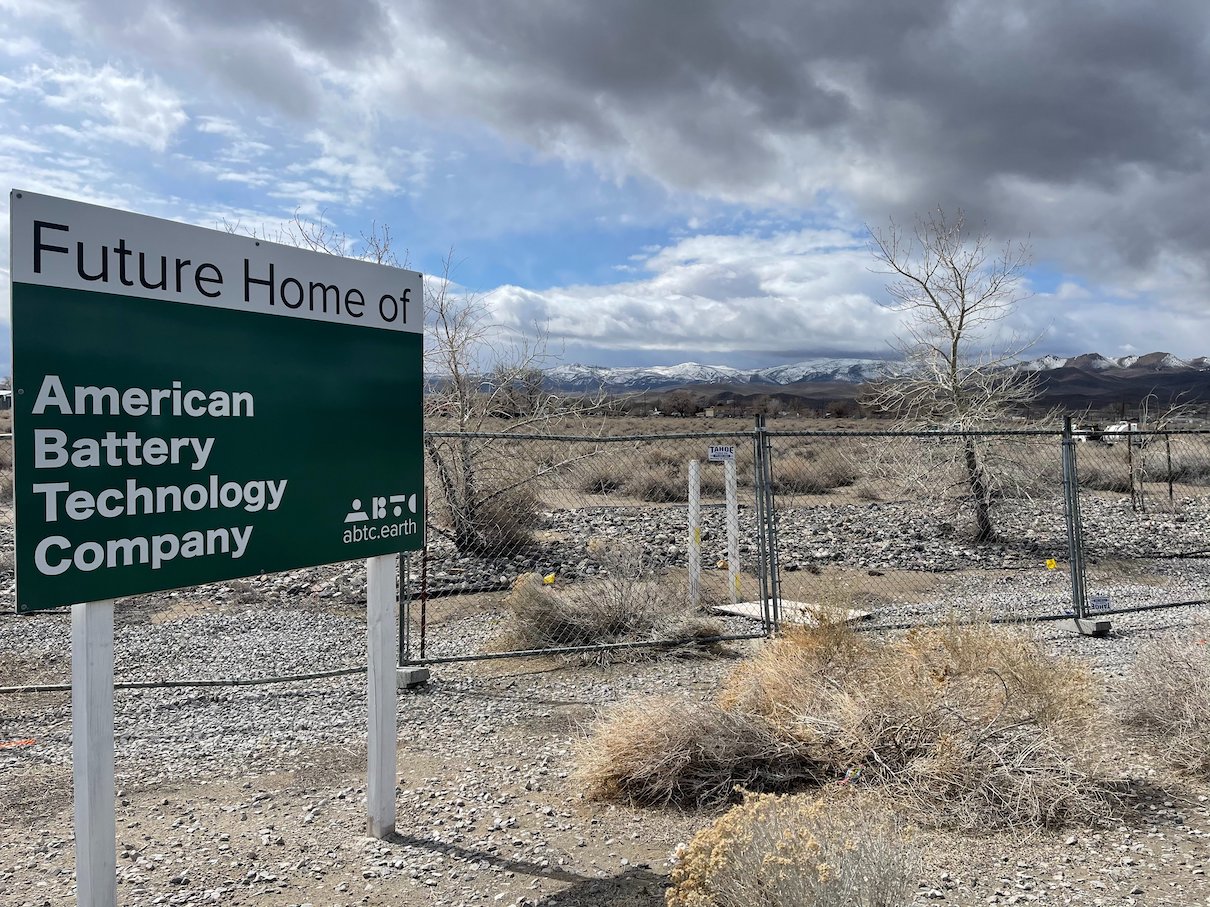 ABTC said geotechnical investigations for its Fernley, Nevada, pilot plant site took place in March ahead of the submission of plans to local authorities for permitting. Image: ABTC via Twitter.

Li-Cycle said yesterday in a press release sent to Energy-Storage.news that it will build a commercial recycling plant which will be able to process up to 10,000 tonnes of end-of-life batteries and scrap from battery manufacturers in Gilbert, Arizona.

The company has developed a two-step process for turning any type of spent lithium-ion battery into ‘black mass’, an intermediate material containing the different metals used in cells, at its existing facilities, which it calls ‘Spokes’.

In future, that material will go from the Spokes in Kingston, Ontario, Rochester, New York and then Gilbert to feed ‘Hub’ facilities where the black mass can be processed into battery-grade materials once more. Li-Cycle’s first planned Hub will also be built in Rochester in Upstate New York, with the company hoping to have that built by 2022.

“Our Arizona Spoke will have two 5,000 tonne processing lines, effectively doubling our total recycling capacity in North America. It will also be engineered to directly process full electric vehicle packs without any dismantling. Spoke 3 will mark another important milestone as we continue to execute on our global growth plans and scale our sustainable, safe and innovative Spoke & Hub Technologies,” Li-Cycle co-founder and executive chairman Tim Johnston said.

The company’s plan in Arizona was welcomed by the state’s governor, Doug Ducey who called Li-Cycle a “welcome addition to Arizona’s thriving technology ecosystem”. Arizona Commerce Authority CEO and president Sandra Watson described the state as the “perfect destination” for Li-Cycle’s battery recycling facilities in the western-US.

Through its Hubs and Spokes, Li-Cycle claimed it can achieve 95% recycling rates for all battery materials. The company is currently targeting New York Stock Exchange listing of its shares through a merger with special purpose acquisition company (SPAC) Peridot Acquisition Corp to help it scale up its activities, including raising around US$175 million needed to finance the building of the New York Hub.

In line with its duties under that intended listing, Li-Cycle filed a Form F-4 with the US Securities and Exchange Commission (SEC) in late March which set out its financial position and its plans for the future. It also detailed why the company, believes its intellectual property and early entry into the commercial lithium battery recycling space positions it well for a market that many have said will become extremely competitive in the coming years.

Rival gets funding as it builds 20,000 tonnes-per-year Nevada pilot plant

At the beginning of this week, one of its prospective competitors, American Battery Metals Corporation said that it has secured financing to build a 20,000 metric tonne-per-year lithium-ion battery recycling pilot facility.

Currently in the process of changing its name to American Battery Technology Company (ABTC), to reflect its full lifecycle approach to battery metals production, the company already broke ground on its pilot facility in August last year.

It is located in Fernley, Nevada. ABTC also has mineral rights to lithium resources in the state and the company’s strategy for scaling up has three key elements, battery recycling, extraction technology and primary resources, through which it claimed it wants to establish an environmentally sound and circular value chain in the US for batteries for electric vehicles, stationary grid storage, consumer electronics and tools.

On Monday, the company said it has established a common stock purchase agreement and registration rights agreement with an existing shareholder, an institutional investor worth up to US$75 million over the next 24 months. Chief financial officer David Corsaut said the investment “is a major step up for us and sets us up to complete all our goals for 2021”.

“This is a major milestone for our Company as we move through the construction and commissioning of our lithium-ion battery recycling pilot plant over the coming months,” chief technology officer Ryan Melsert said.

“We will face many challenges during this process, however as this equity investment agreement has the ability to completely satisfy all of our capital needs for this entire pilot plant, from facility construction and infrastructure build-out to purchasing equipment to integrating and commissioning all of our process equipment, we can now be assured that access to capital will not be a limiting factor. We will continue to evaluate attractive equity and debt financing options as we move forward, however with this agreement in place we have the ability, yet not the requirement, to fully finance our operations through this instrument.”