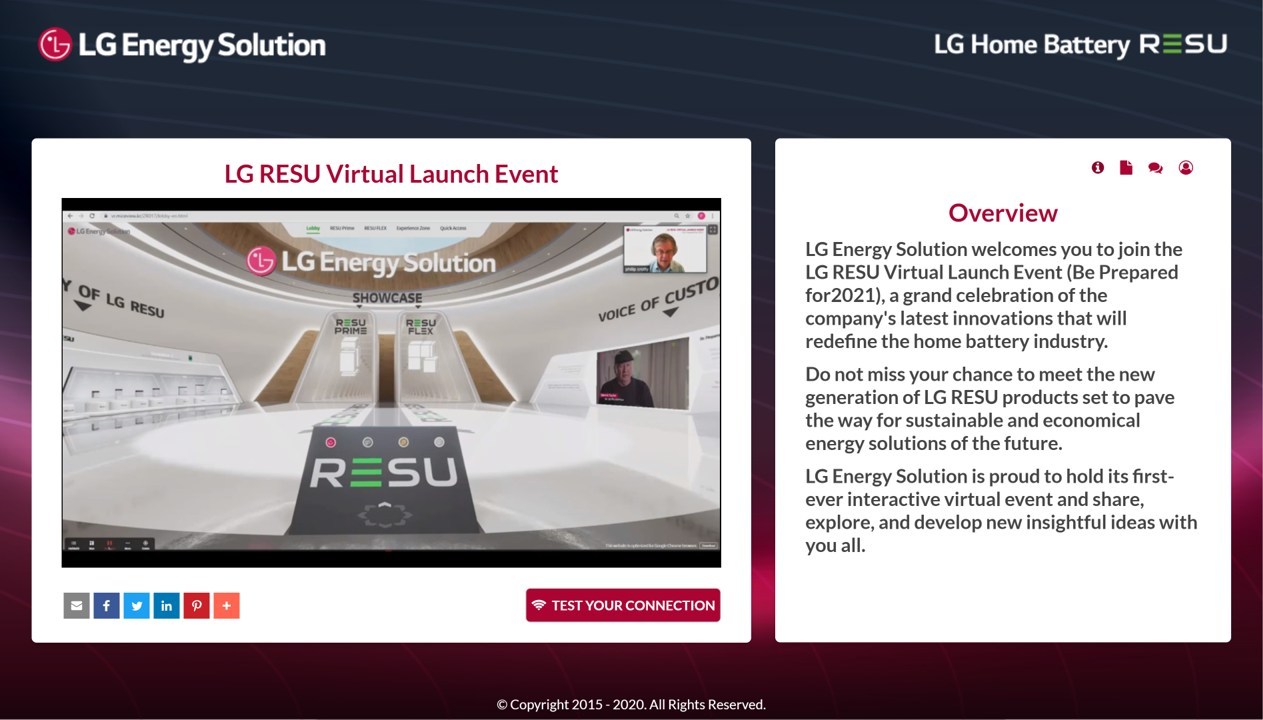 LG Energy Solution has announced plans to invest in significantly increased production capacity within the US for batteries to be used in electric vehicles (EVs) and energy storage systems (ESS).

The South Korea-headquartered company, recently spun out of parent company LG Chem's brand towards the end of last year, said it will invest more than US$4.5 billion between now and 2025 into its US business to push forward with the expansion. LG Energy Solution said new plans could add as much as 70GWh of annual production capacity, which along with existing and already-announced new facilities under development would bring the company’s annual production capacity in the US to more than 110GWh.

LG’s first 5GWh US battery production plant opened in Michigan in 2012, which the company said required an investment of around US$600 million. Through a joint venture (JV) agreement with carmaker GM, it is now building a 35GWh plant in Ohio, worth around US$2.3 billion and expected to open in 2022.

Yesterday, the company said that it is going to select two possible locations for the vast new plant, which it has called the Green Field Project, during the first half of this year. The factory will run on 100% renewable energy, LG Energy Solution claimed, with the Michigan plant already having achieved that during 2020.

The Green Field Project will produce pouch cell batteries for EVs and ESS and LG intends to supply both large automakers as well as startups in both industries, and is responding in particular to mounting pressure for domestic production for EV components in the US. There are also ongoing discussions with GM about partnering on another big factory for EV batteries, the company said yesterday.

US President Joe Biden recently signed an Executive Order recognising the vital importance to his country of securing supply chains for critical technologies on which “large-format batteries” featured prominently. To date, the vast majority of battery and related systems are coming from factories in Asia, but Europe has already stepped up its efforts to establish domestic production while the US has lagged behind.

LG Energy Solution’s nickel manganese cobalt (NMC) battery cells and ESS systems are widely used in the stationary energy storage space from residential to utility-scale. One industry source told Energy-Storage.news that along with Samsung SDI, CATL and BYD, LG’s batteries are among a small handful of “truly bankable” products for use in large-scale ESS projects in America today.

The company has however recently voluntarily recalled and replaced some of its home storage system products installed in the US and then in Australia due to concerns over possible overheating that could lead to fires. Technical analysis by certification and standards group DNV GL also found to a “reasonable degree of scientific certainty” that a 2019 fire and explosion at a grid-scale storage system in Arizona which injured several firefighters had begun with internal cell failure in a single LG Chem 0.24kWh pouch cell in the ESS.