Ongoing supply chain challenges and the impact of Russia’s war on Ukraine have affected the quarterly revenues of LG Energy Solution.

This morning, the downstream arm of LG Group’s battery business made its first-ever quarterly earnings results announcement since going public through an IPO just after the start of this year. It noted a “slight drop” in Q1 2022 revenues, which were down 2.2% from the previous quarter.

The rising costs of raw materials, the global semiconductor shortage as well as further supply chain disruptions caused by the violent conflict in Eastern Europe and COVID-19 lockdowns were the reasons given, although the South Korean company still logged KRW258.9 billion (US$200 million) operating profit for the quarter and said demand for its products remains steady.

It also had to make some product recalls during the quarter, which affected its margins, thought to refer largely to activities in the electric vehicle (EV) space but the company has made some recent voluntary recalls of home energy storage system products in the US and Australia.

Commodity market conditions have been “unfavourable” LG Energy Solutions said, referring to nickel, lithium and cobalt prices that have risen sharply – various sources have identified a rise in the cost of lithium carbonate, a key raw material in the production of lithium iron phosphate (LFP) batteries, of about 500% in the past year or so.

Nonetheless, the company achieved an operating margin for the quarter of 6% with total revenues at KRW4.34 trillion and is targeting actions it can take that will enable it to shore up margins for the year in the face of those challenges.

Energy-Storage.news has already reported on long-term deals LG ES has struck with upstream suppliers such as a six-year contract for “sustainably sourced” lithium with supplier Sigma Lithium, another deal for ‘zero carbon lithium’ from startup Vulcan Resources and a deal to off-take recycled nickel from Li-Cycle.

LG ES will use long-term supplier deals and strategic equity investments – such as the US$25 million it has committed to invest in Li-Cycle – to ensure its supply chain robustness, the company said.

In the shorter term, the range of materials added to its cost-pass through mechanisms in contracts with customers will be expanded: as well as lithium, nickel and cobalt costs which are already linked to raw materials prices, LG ES will index copper, aluminium and manganese costs.

A full-year sales target of KRW19.2 trillion has been set and about KRW7 trillion will be invested to increase LG ES’ annual production. By the end of this year, it will be capable of manufacturing 200GWh of batteries annually and by the end of 2025, that will leap to 520GWh, the company claimed.

Production facilities in North America will overtake Asia as LG ES’ biggest manufacturing base – by 2025, 41% of that 520GWh capacity will be in North America, 37% in Asia and 22% in Europe.

It is also implementing data-driven improvements to its production lines, including increased automation. Other investments include work to reduce the risk of thermal runaway propagation in LG ES pouch cells, which are the type typically expected to be found in stationary energy storage solutions the company makes or supplies to. LG ES also wants to implement advanced fault detection for defects in batteries, while there will also be investments in next-gen cathode materials research.

With the acquisition of NEC Energy Solutions, the former energy storage system (ESS) arm of Japan’s NEC Corporation, LG Energy Solution had said a few months ago that it seeks more active involvement in the downstream battery storage sector. No further announcements of activities in that direction were given by the company in its latest results release. 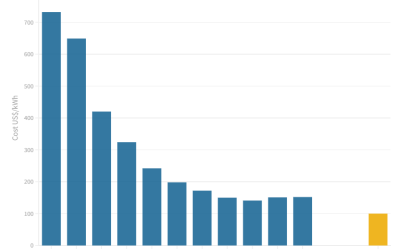 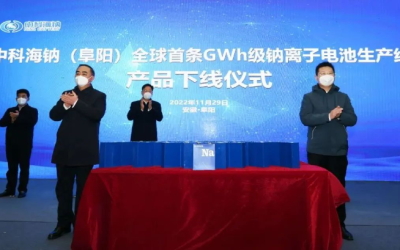