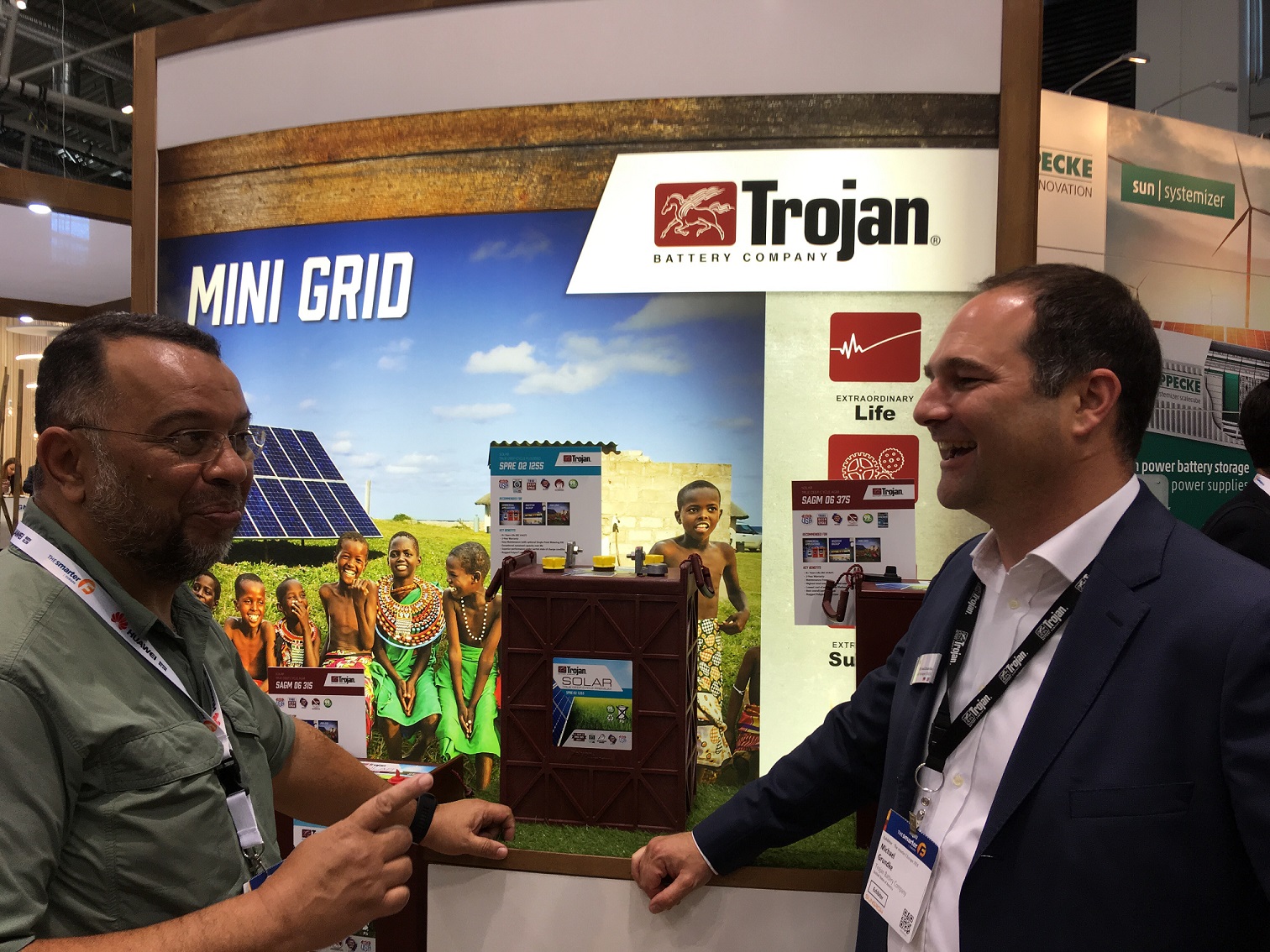 A veteran of Kenya’s renewable energy industry has argued strongly in favour of lead acid batteries over lithium-ion, in response to a recent Energy-Storage.news article on off-grid solar PV in Africa.

Nawir Ibrahim of the Centre for Alternative Technologies (CAT), Kenya, is a distributor of solar and other distributed energy equipment, based in the capital, Nairobi. With 18 years personal experience in renewables in Kenya and a distribution partner to lead acid battery manufacturer Trojan Batteries, Ibrahim said he was happy to continue recommending the technology for creating dispatchable solar installations in off-grid settings.

A short while ago, in a feature article published in Global Storage Opportunity 2018 – our special 42-page report available as a free download on the ‘Resources’ section of this site – we spoke with representatives of Powerhive, a mini-grid ‘utility’ company active in African countries including Kenya and Off-Grid Electric, which sells or leases home solar-plus-storage to individual households and businesses in Tanzania, Rwanda, Ghana and the Ivory Coast.

Both companies are bullish that the costs and technology of lithium-ion batteries are appropriate to their work in the African continent. Off-Grid Electric already uses lithium, while Powerhive has apparently now selected a battery technology and a supplier, it is yet to make the switch and is still using lead acid.

Off-Grid Electric’s Joshua Pierce and Powerhive’s Rik Wuts both said that recycling and waste recovery chains are ineffective for lead acid, with Pierce referring to “piles of dead batteries” that he had seen, leaking toxic materials into groundwater and Wuts stating that Powerhive currently had to ship lead acid batteries back to “the vendor, who’s on another continent”.

‘There will be no poisoning of the earth’

“From the beginning of our company, until today, we’ve only been selling lead acid batteries,” Ibrahim told Energy-Storage.news at last week’s Intersolar Europe / ees Europe show.

“The reason being, I know what will happen to them at the end of their lives. There will be no poisoning in the earth.”

Customers often ask CAT to take back used lead batteries, Ibrahim said, even when the customer is aware they could make some money back through recycling. Instead, Ibrahim said, his distribution company takes the batteries back to net the recycling money, and in the process offers that customer a “better price” on future purchases, creating a long-term sales relationship.

“I’ve been asking the same question to lithium battery supply companies here at Intersolar: ‘what can I do with this battery when it gets to the end of its life?’”

“So I shouldn’t worry about it? I might still be alive then in 15 years!”

Equally, Nawir Ibrahim said that if one cell in a lithium battery system fails, it is dealt with ‘like a hot potato’.

“What do I do with it? I’ll put it in the store and scratch my head. There is nothing I can do with it short of finding a shipper who will ship it back to the supplier.

“Unless from the beginning you have a contract that says, if you have a failed unit we’ll take it back and we’ll pay for shipping, then I will start buying lithium, but only until then.”

While Powerhive’s Rik Wuts had said that there are already recycling supply chains starting to be established in Kenya, Ibrahim said this was not strictly true for the types or sizes of battery that might be found in stationary energy storage systems for PV.

“Right now in Kenya the only lithium batteries you can recycle are laptop batteries, phone batteries and a little bit of electronics, watches etc. You can take your watch, phone, laptop into a big telecom company, like Safari Com,” Ibrahim said.

“They have a proper e-waste recycling system. In e-waste there’s a lot of valuable items but the batteries are also part of it. So they have big collection points where you thrown in your battery but you can’t throw in a 50kg battery into their box.

“They’ll look at you and say ‘are you serious’? I don’t think they have the solution for that.”

Instead, CAT is well-placed to sell back lead acid batteries to two manufacturers based in Nairobi, which have ISO-certified and national environment agency-approved programmes, that pay cash and guarantee that they “will dump no toxic materials” into the ground.

“So the water is safe, the ground is safe, nobody gets poisoned,” Ibrahim said.

According to Ibrahim, the outlook for renewable energy is “absolutely positive”, with the grid network unlikely to extend to the edges of the country and driving the need for decentralised electricity solutions.