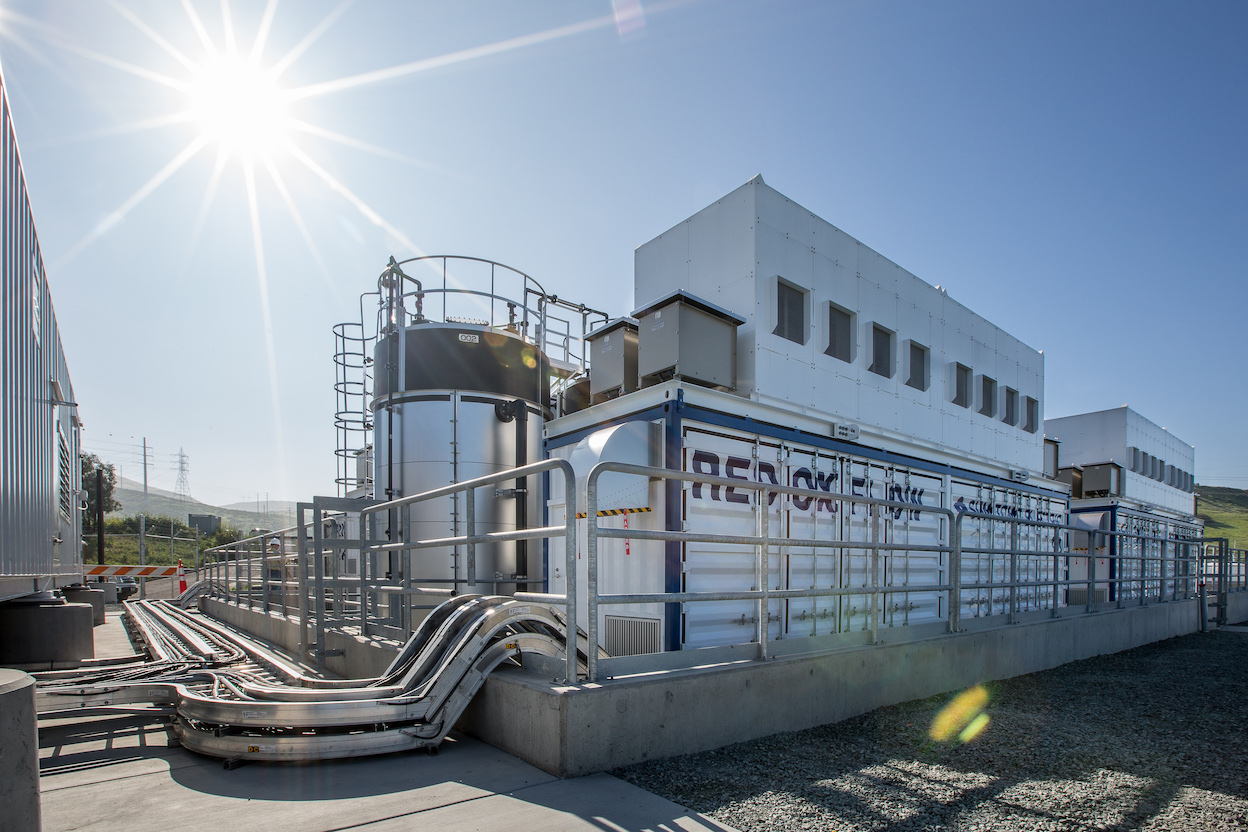 The 8MWh VRFB, which went into operation in 2017 and began participating in CAISO markets the following year. Utility SDG&E said it helped mitigate the impact of last years unprecedented heatwave in California. Image: SDG&E / Ted Walton.

A large-scale vanadium redox flow battery (VRFB) demonstration project in California which has been providing grid services on a commercial basis will now also trial the use of the technology for microgrid applications.

The 2MW / 8MWh flow battery project is located at a substation in the service area of California utility San Diego Gas & Electric and was inaugurated in 2017. At the time, it was the largest VRFB project in the US, with technology supplied by Japan’s Sumitomo Electric Industries (SEI), which is also responsible for the world’s biggest flow battery to date, a 60MWh system on the northern Japanese island of Hokkaido as well as a 51MWh system it announced last year in the same region.

The project has been supported by the state government of California through the California Governor’s Office of Business and Economic Development as well as by the Japanese government’s New Energy and Industrial Technology Development Organisation (NEDO). Aimed at improving power quality on California’s grid, it has participated in the California Independent System Operator (CAISO) wholesale electricity markets since late December 2018.

In a press release today, Sumitomo Electric and NEDO said that the ability of the redox flow battery system to be charged and discharged and cycled frequently without experiencing cell degradation – as would be seen in a large lithium-ion battery system – allows it to operate in the market flexibly and bid “without operational constraints”.

Coupled with the ability to measure the battery’s remaining charge in real-time, the partners said the project has been able to implement “innovative bidding strategies to improve revenue in both the energy and ancillary services markets”.

Now, the project’s scope has been extended: around 70 electricity users will be connected to the battery storage system and its ability to run a microgrid, isolated from the main grid, will be trialled until December 2021. The idea is that it will demonstrate that a VRFB can be a useful tool for the grid, a commercial revenue generator and a backup power source that communities and businesses could rely on in an emergency if the grid goes down. 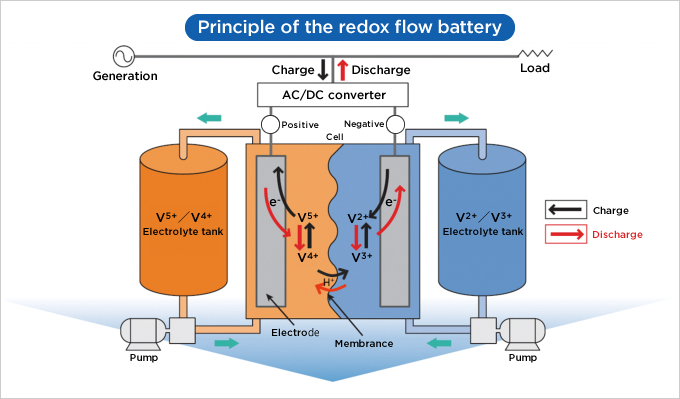 The need for such a system is acute on multiple levels in California. As has been widely reported, the state’s three main investor-owned utilities including San Diego Gas & Electric have been cutting off power to many of their customer feeder lines in so-called Public Safety Power Shutoffs (PSPS) in areas thought to be at risk from wildfires.

There are also serious questions over the state’s ability to meet peak demand for electricity during summer months. Indeed, the Sumitomo Electric flow battery system was used during last August’s extreme heatwave to help mitigate impact on the network as demand for power rose, most commonly from air-conditioning units, SDG&E said.

In a more general sense, California’s policy goal of reaching 100% clean energy for consumers and state agencies by 2045 needs mass renewable energy adoption and energy storage to help shift energy generation that comes mostly from solar to times when it is most needed. This has led to rapid deployment of lithium-ion battery energy storage systems which can store energy cost-effectively for up to about four hours at large-scale, but there is also a recognition that the state will also need bulk energy storage for longer durations – although there is not yet widespread consensus on how much, or for how long.

NEDO and Sumitomo Electric hope that the VRFB project will prove that the technology can be a dual-use asset and that its “innovative achievements” will “contribute to the greater market penetration of energy storage”. By enabling the power utility to generate revenues from CAISO’s wholesale markets and providing backup emergency power for customers, it is hoped that the project will demonstrate the commercial value of the vanadium flow battery.

Only a few weeks ago, the California Public Utilities Commission (CPUC), which regulates the state’s utilities, ordered SDG&E and the two other investor-owned California utilities, Pacific Gas & Electric (PG&E) and Southern California Edison (SCE) to adopt new rules, rates and tariffs to enable more clean microgrid deployment on a commercial basis. SDG&E said the Sumitomo system is being “tested as a means to help achieve zero-emissions microgrids”.

While flow batteries have been in existence since the 1970s and their perceived advantages over lithium-ion such as little to no degradation, recyclability of materials and long expected lifetimes have seen many companies try to commercialise the technology, lithium-ion’s competitive advantages such as high energy density and rapid cost reduction through mass manufacturing have kept flow batteries as a relatively niche market concern.

With the adoption of higher shares of renewable energy and aggressive net zero policy targets, this could change and last week vanadium producer Largo Resources – which is launching its own VRFB system – said that demand from the battery sector is driving a growth in demand for vanadium, which is used already in multiple applications industrially such as reinforcing steel. As Sumitomo Electric and NEDO pointed out, it will not only be California that will experience the need for energy storage as it transitions to clean energy and Australia's government said in mid-December that it is supporting that country's first-ever grid-scale vanadium flow battery installation in a AU$20.3 million (US$15.36 million) demonstration project of the same size and capacity as the California SDG&E project. 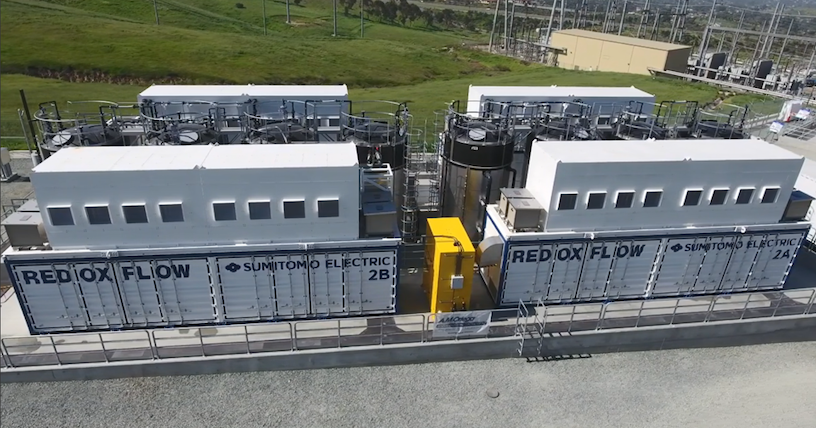