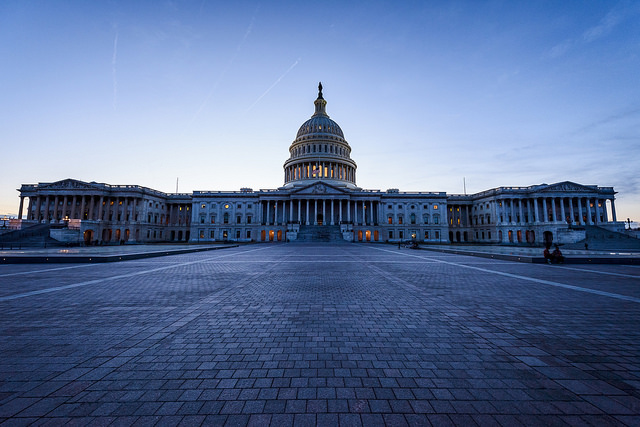 Arguing that energy storage is “critical to ensuring a resilient, reliable, cost-effective and sustainable grid”, the Energy Storage Association joined with 52 other organisations to plead the place of storage in the Trump’s administration’s infrastructure priorities.

“If you want to talk about grid resiliency, energy storage is part of that conversation. If you want to talk about load modulation, demand response, storage is a part of that conversation,” Matt Roberts, executive director of ESA, told Energy-Storage.News back in February, noting the significant opportunity for storage in the federal government’s expressed priorities.

The letter went on to argue the strong position in the storage market that the nation holds; with more than 50,000 domestic jobs in the industry and with commercial deployment of storage systems growing more than 100% over the previous year.

However, despite the evident business case for including energy storage as an innovate part of US energy infrastructure; there is still inadequate public policy in place to spur the growth of this emerging industry. Therefore, by beseeching Congress, the ESA and its co-signatories sought to highlight the ways in which the federal government could assist states in pursuing the necessary research, manufacturing, integration and development of storage systems.

The letter depicted this assistance as coming in many forms; including reducing interconnection and permitting barrier and incentivising early deployments. At the state level, New York, Texas, Utah and Arizona are among the states whose utilities have innovated to advance storage in grid balancing and frequency regulation capacities through pilot deployments.

However, with support from the federal level, the US could be suitably equipped to not only meet its grid modernisation and infrastructure goals, but will remain a leader in the storage market and encourage additional job growth and electricity savings.

The full letter to Congress can be read here.