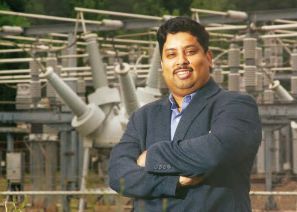 India’s first grid-scale solar-plus-storage tender has been held up by the extreme drop in the country’s solar PV prices this year, according to Rahul Walawalkar, executive director of the Indian Energy Storage Alliance.

Although not officially announced by Solar Energy Corporation of India (SECI), which released the tender, the process has clearly faced delay after attracting strong levels of interest from 13 bidders in late 2016.

The tender is for 5MW/2.5MWh battery energy storage systems added to two separate solar projects of 50MW each in the Kadapa Solar Park, Andhra Pradesh. When the tender was released, SECI expected solar tariffs to still be around the previous INR4.50 (US$0.07) benchmark level. The corporation also expected bids to require viability gap funding (VGF), an upfront government grant, for the energy storage side.

However, Walawalkar told Energy-Storage.News that since the release, “solar prices have crashed” down to INR2.44/kWh. This has introduced various financial issues with the solar-plus-storage tender, and SECI is still working out how to address this.

Walawalkar added: “They definitely don't want to now go release some tender at a higher price than [the] prices they have already got for the new tenders.”

This approach echoes that of multiple solar procurers across India who have gone back to the drawing board to try and emulate the success of the auction for 750MW solar at Rewa in Madhya Pradesh. The Rewa tender included various special parameters such as an offtake guarantee that helped pushed the tariffs down.

Walawalkar said: “This is creating a serious concern amongst global developers as there are multiple opportunities for deploying grid scale storage in US, Canada, Australia and Europe, where these companies see timely response from the authorities.”

At Intersolar Europe in Munich last week, Ashvini Kumar, managing director of SECI, said that India was seeing a shift towards hybridisation of solar being coupled with both wind and energy storage. While he praised India’s policy making, which had led to almost all bids for solar no longer requiring VGF funding, he did not note the recent lull in tenders across the country. Analysts have reported that this lull was the result of Indian states reworking their tenders to match the record low prices seen at Rewa and more recently at Bhadla in Rajasthan.

Walawalkar said there are seven storage tenders totalling 70MWh out in India this month, mostly coupled with solar, although the capacities of the different technologies are being bid out separately. These are mainly in the Andaman and Nicobar Islands, with 28MWh tendered by Neyveli Lignite Corporation (NLC) and a 24MWh / 6MW four hour system for India’s largest utility NTPC.

India Energy Storage Alliance anticipates that with the right policy support, India could become one of the largest markets for advanced energy storage technologies with 100GWh + potential for deployment by 2022. Due to this potential, the Alliance is already seeing major investments taking place from IESA member companies in manufacturing storage in India.

This article has been updated to include more comment from Rahul Walawalkar. It also confirms that are 70MWh of tenders out and the NLC tender is for 28MWh.