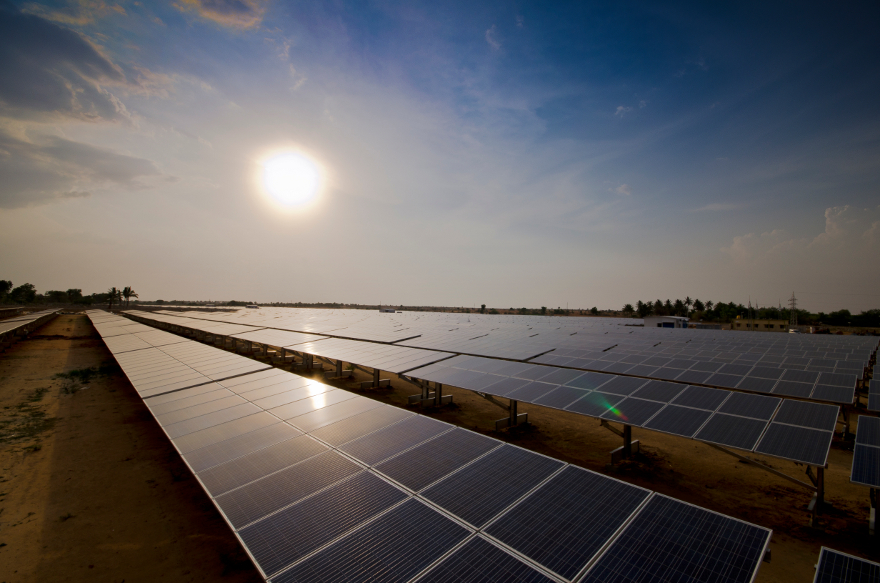 India’s Central Electricity Authority (CEA) is debating how and whether to introduce a mandate for solar and wind projects above a certain size to be coupled with energy storage.

A draft regulation, introducing such a notion was released more than a year ago, but Pankaj Batra, who oversees planning around integration of renewables into the grid at CEA, told PV Tech that the authority has still not decided whether to advise adding storage to individual projects, at pooling stations or not at all.

If such a policy were to be brought in, it is likely that it would apply to projects requiring 33kV or higher capacity transmission lines, which would relate to 5-10MW or higher capacity solar projects, said Batra. Rather than at individual renewable energy plants, the CEA is considering mandating storage to be added to pooling stations where the power from multiple wind or solar projects is collected before being fed to the grid.

This pooling station option is currently more favourable than adding storage to individual projects because wind plants tend to compensate for each other, particularly when geographically spread out, added Batra. However, the renewable energy operators would still have to operate the storage element even if it was located at the pooling station.

Batra added: “It’s about working out the cost benefit of adding storage versus the cost of expanding transmission lines.”

Without one of these two solutions, he warned that renewables projects would face curtailment issues.

However, the rules may not come out the same for solar and wind, since Batra said wind is less predictable and therefore will benefit more from storage. Solar on the other hand is relatively predictable on a sunny day. On cloudy days solar is less predictable, but these cloudy days, when storage becomes valuable to PV, tend to only come for three months of the year during the monsoon.

Despite no finalisation of the policy in sight, Batra said CEA is pushing for a decision in the next two months.

Speaking to our sister site PV Tech at the IESA India Energy Storage Policy Summit on 23 September, Bharat Reddy, deputy general manager, Solar Energy Corporation of India (SECI), said the storage element is necessary for smoothing applications and frequency regulation. He was confident that CEA would bring in the aforementioned policy.

In the meantime, Indian states are already slowly adopting new forecasting rules that will force solar energy plant operators and Regional load dispatch centres (RLDCs) to provide more frequent and accurate projections of energy production or face penalties. Andhra Pradesh was the latest state to do so.

In July, the country's first major tenders for solar-plus-storage projects were cancelled by the Solar Energy Corporation of India (SECI). The tenders would have been for energy storage systems to complement 200MW and 100MW PV facilities in Karnataka and Andra Pradesh respectively.

Industry players are already seeing a link between the onset of these new forecasting and scheduling rules and the opportunity for storage.

Speaking to PV Tech at the REI Expo last week, Anmol Singh Jaggi, co-founder, solar O&M and advisory firm Gensol Group, said: “If you don’t do effective scheduling and forecasting we are harming the grid and if the grid is being harmed, that is not good for renewable energy, that is not good for conventional energy. So the frequency of the grid needs to be maintained. So if renewable energy needs to be scheduled, we should have enough systems, procedures and technology to go ahead and do it.”

Forecasting for renewables has been in discussion in India for around 18 months now, so Jaggi believes companies have been given enough time to gear up to the changes. Moreover there is still a 15-20% allowance in accuracy.

In response to the forthcoming changes, Jaggi said: “We are trying to promote and say, can we have short-term battery packs installed at the end of the solar farms. The day I start getting penalised for not meeting my schedules, there is a loss of revenue.”

Jaggi also noted that Gensol is currently exploring with a very large IPP how storage can be used to help in scheduling and forecasting – adding: “We don’t know how steep the penalty is going to be; certainly the financial model of any developer does not have any penalty factored in.”