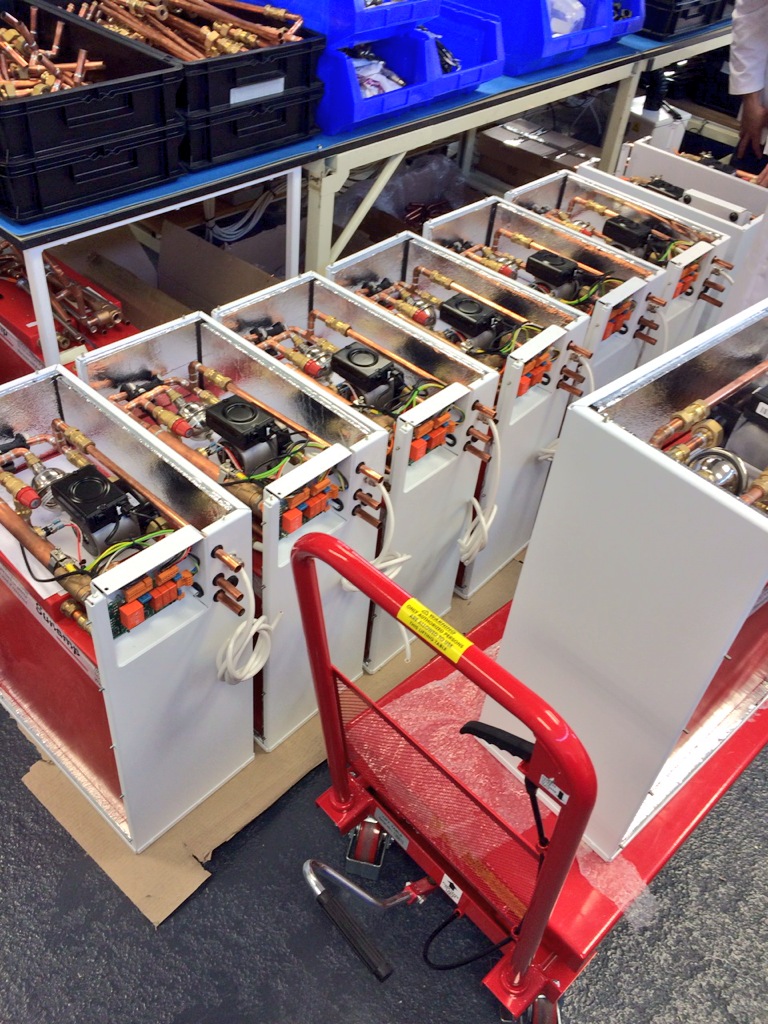 Heating and cooling uses more than half of Europe’s energy, but the potential “immense value” of thermal energy storage has barely been explored, the head of an energy storage trade group has said.

Patrick Clerens of EASE (European Association for the Storage of Energy) spoke with Energy-Storage.News this morning regarding thermal energy storage, following the publication in summer of a position paper on the technology set by the group, which represents companies and stakeholders across the continent.

The paper quotes EU statistics that say more than 50% of all consumed final energy in Europe is used to heat buildings or water, or for cooling. Of this energy used, around 85% still comes from fossil fuels, with the heat sector lagging way behind electricity in the integration of renewables. With the majority of this energy coming from natural gas, around 45% of that is in the residential sector, 37% by businesses and 18% in service sectors.

EASE considers therefore that the opportunity for thermal energy storage is greater than any other single application in Europe. The association says thermal energy storage could deliver energy network flexibility options including demand response, energy storage and smart operation of systems, but concedes that the central role it could play, not least of all in helping the EU deliver its “Clean Energy for All Europeans” plans to decarbonise Europe at the lowest possible cost, has yet to be recognised. That and other recent documents from the EU and European Commission have sought to define electricity storage and the value it can provide, but not thermal energy storage.

“Despite its immense value to the energy system, the role of thermal energy storage concepts is not always fully recognised by policymakers,” Clerens said.

Thermal energy storage, EASE argues in its position paper, has the versatility to scale up – perhaps making use of Europe’s 7,000 or so District Heating Networks (DHN), or large industrial facilities – or could be used at small, even household scale. Thermal energy storage is uniquely able to manage variations in energy supply and demand, EASE said.

EASE examines the various technologies and their applications. The association said that while it was pleased the European Commission has committed to looking into “…rules to integrate thermal storage [in buildings and district heating] into flexibility and balancing mechanisms of the grid,” there are still a few necessary actions for the technology to thrive in a real-world setting in Europe.

“The paper includes recommendations to ensure a level playing field, which is needed for all types of flexibility and balancing solutions across the energy system,” EASE’s Patrick Clerens said today.

“But also some short-term actions that are needed to reap the benefits of thermal energy storage, one of the most inexpensive energy storage options.”

Clerens said that both this ‘level playing-field’ concept and short-term actions could “support the development and deployment of cost-effective storage technologies.”

EASE hopes to ‘kick-start a discussion’

In terms of that level playing field, EASE is calling for economic incentives for flexibility and balancing services, with an example given of tax incentives such as accelerated depreciation that could be applied, better regulatory framework that could “ensure non-discriminatory access to energy grids”, and support from European Research Development and Innovation agencies.

In terms of immediate actions, EASE wants the EU to quickly investigate how both consumers and industry can benefit from thermal energy storage, such as removing barriers for households to self-consume onsite generated power as heat or cooling and to participate in markets for energy where those exist. It also advocates for the removal of infrastructure access barriers for thermal storage, saying that some market incentive structures and regulatory frameworks are not geared up to best recognise the efficiency of thermal energy storage, with some barriers seen by EASE as technology-specific. Finally, the group also calls for the installation of pre-commercial demonstration systems in Europe where possible.

Koornneef added that EASE hoped the position paper could “kick-start a discussion on how policy could evolve to better support research, demonstration, and deployment of thermal storage concepts.”