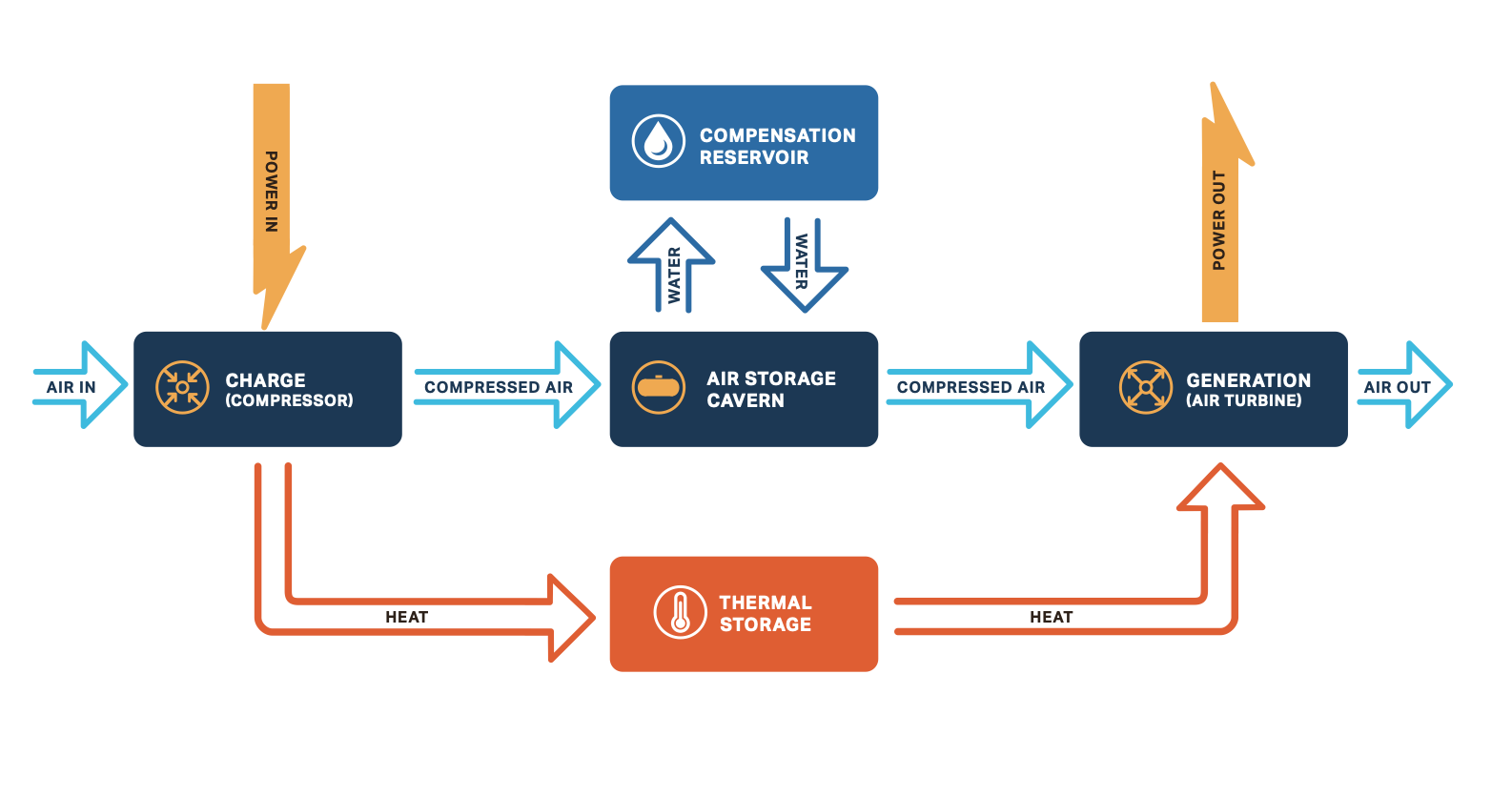 California is facing a huge shortfall of electricity capacity on its grid and advanced compressed air energy storage (A-CAES) can fill the gap, Hydrostor has proposed.

Headquartered in Toronto, Canada, Hydrostor is the first company in the world to have built an operating commercial A-CAES plant, which came online in 2019 in Goderich, Ontario and offers several hours of long-duration storage which the company claims is reliable and affordable. The system has a 1.75MW discharge rating, 2.2MW charge rating and while it is contracted to provide 7MWh of capacity to the Ontario grid operator IESO, it can actually store more than 10MWh of capacity.

Hydrostor’s A-CAES technology uses off-peak or renewable generated electricity to compress air, which is stored in a large cavern underground, while heat produced by the compression process is also run off into thermal storage. The compressed air is maintained at a constant pressure using hydrostatic compression via water reservoirs. Then, the hydrostatic pressure forces air to the surface, where it is combined with the heat and passed through turbines to generate electricity on demand.

The company says that it could build plants of a much larger magnitude to fulfil the need for 1,600MW of long-duration energy storage by 2026 that has been identified by the California Public Utilities Commission (CPUC) as the state targets achieving 100% renewable or carbon emissions-free electricity by 2045 while also retiring numerous legacy power plant facilities including natural gas and nuclear.

The A-CAES provider received a recent financial commitment from the Canadian federal government to assist in the engineering and planning of a 300MW to 500MW system capable of providing up to 12 hours of storage. In California, the company said it already has two “major projects in active development” in a press release sent to Energy-Storage.news, including a 500MW / 4,000MWh project in Kern County listed on its website and another large-scale project in central California. In total, 15GWh of A-CAES could be added to the California grid, the company said.

According to Hydrostor the two California projects would represent a combined investment of more than US$1.5 billion, “major capital projects” that could create highly-skilled union jobs and other economic benefits. Development work already underway includes activities to ensure transmission interconnection and permitting as well as engineering, for systems that could add between eight and 12 hours of storage duration with a claimed expected lifespan of more than 50 years. Hydrostor has a number of other projects under development in territories including Australia, Canada, Chile and the US.

“Our A-CAES technology utilises only existing, proven components that are repurposed from conventional power generation into an entirely emissions-free and low impact storage technology. Not only are we providing a clean, reliable and affordable long duration energy storage solution, we’re providing Californian workers and suppliers a more direct opportunity to be part of the clean energy transition,” Hydrostor CEO Curtis VanWalleghem said.

In a session of the recent Energy Storage Summit USA hosted by our publisher Solar Media, experts from Strategen Consulting and the California Energy Storage Alliance industry group highlighted the growing need for long-duration energy storage in the state, which they said would reach an inflection point between 2025 and 2030 and then continue to accelerate in the years leading to 2045’s decarbonisation goals. The upper limit of lithium-ion battery storage being deployed in the region — economically if not technologically — is to provide four hours of storage to help mitigate peak electricity use, mostly in the late afternoons and in the evenings as solar PV production tails off.

This article has been amended with an updated schematic of the Hydrostor A-CAES technology. 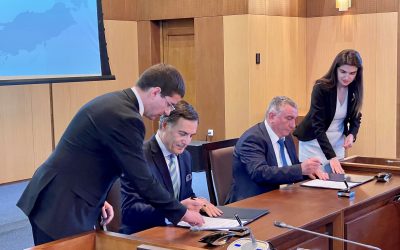