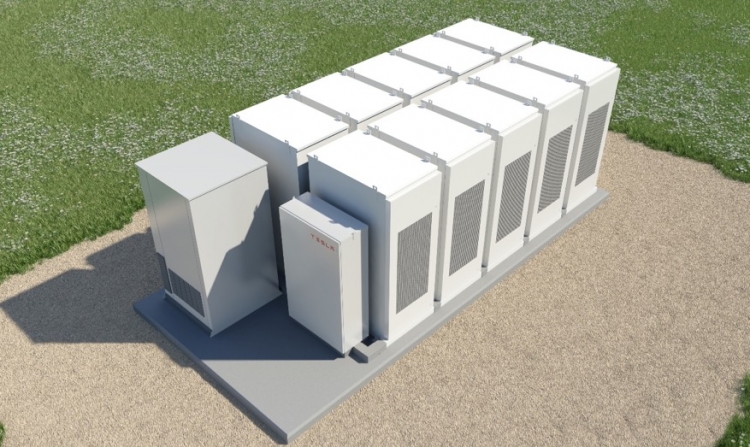 Tesla’s Powerpack 2, launched in late October 2016, of the type to be installed for Mercury at its R&D centre. Image: Tesla.

New Zealand’s small handful of advanced energy storage systems will be added to with the NZ$2 million (US$1.45 million) trial deployment of a grid-scale Tesla Powerpack 2 by energy generator and retailer Mercury.

Mercury made announcements about the project to the Australian and New Zealand Stock Exchanges on which the company is listed, at the beginning of this week. Majority-owned by New Zealand’s government, the company is conducting a “scalable national grid connected battery trial” at its R&D centre in South Auckland.

Through a competitive solicitation process which began in September, Mercury has now decided to award a supply contract to Tesla, which of course recently completed a 129MWh battery installation in South Australia, currently the biggest lithium-ion battery system on the planet.

Mercury chief executive Fraser Whineray said Tesla had been selected for its “proven track record in ground-breaking projects around the world”.

Mercury expects the whole project to cost over NZ$2 million with the possibility existing of scaling up the size of the installation at the R&D centre in future. New Zealand’s grid network is operated and overseen by another state-owned company, Transpower New Zealand, with some distribution lines franchised to local companies.

The country has a high proportion of hydroelectric generation, necessitating the long-distance transmission of power in some instances to take electricity from rivers, lakes and dams to households and businesses. Indeed, Mercury raised its EBITDAF guidance for the 2018 financial year from NZ$500 million to NZ$515 million, based primarily on the fact that wet weather created a 250GWh increase in generation from the company’s hydroelectric plants.

The battery installation will trial the possibility of their use in redispatching hydro power from pumped hydro sites, particularly for supplying urban areas in Auckland. Mercury called the pumped hydro plants “New Zealand’s natural batteries”. In addition, Mercury said it will “explore trading energy” stored in the Powerpack in wholesale and reserve markets, which the company claims is a first for New Zealand.

The 2MWh system is expected to be installed and ready to begin trading by August this year. Mercury is also supplying Tesla’s residential scale Powerwall 2 to customers through its Mercury Solar division, having recently completed a series of tests.

To date, there have only been a few completed advanced storage projects in New Zealand. Following some small pilot projects, a 1MW/2.3MWh Tesla Powerpack was inaugurated in November 2016 for power distribution company Vector while a 250kW/500kWh battery system from S&C Electric was announced for a substation in Tuakau, North Waikato, in the same month.