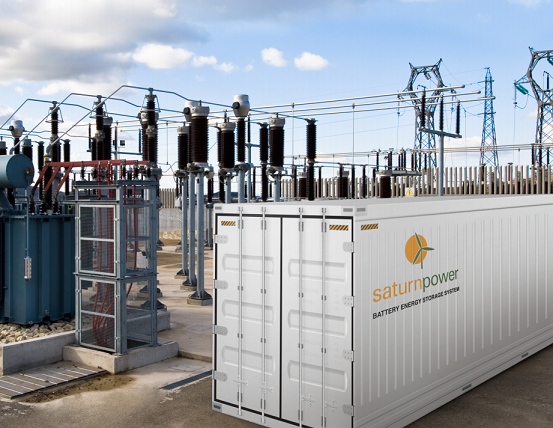 It’s the engineering company’s largest battery energy storage project to date with an output of up to 8.9MW and 18MWh of storage and will be delivered to developer and EPC (engineering, procurement and construction) partner Saturn Power.

Energy-Storage.news has reported extensively on the lively market for energy storage that exists in Ontario. The province’s heavy users of electricity are levied a premium rate for the power they draw from the grid in peak times, under Ontario’s Global Adjustment Charge (GAC) policy, which helps the local administration pay for grid upgrades and green, decarbonisation and sustainability initiatives.

Just a few days ago Shell said it will be offering battery energy storage to its commercial customers in Ontario through a partnership with Convergent Energy + Power. Today, Honeywell said that Saturn Power’s customer which will host the battery system is a local power plant that has been classified by Ontario’s grid operator, the Independent Electricity System Operator (IESO), as Class A customer of electricity with high peak demand.

The Honeywell battery storage system is designed to be charged from the grid at off-peak times, drawing from the battery when demand goes up and therefore so do energy costs. As Ontario has both cold winters and hot summers, driving up demand for both air conditioning and heating, peak demand events happen multiple times a year, most acutely in those seasonal peaks.

A Honeywell press release about the Saturn Power project said that deploying batteries for peak shaving in this way can help decrease supply costs, due to the lower portion of energy used onsite that is drawn from the grid. Ultimately that can enable reliance on fewer non-renewable sources of energy while providing a nonetheless resilient and reliable solution for the customer or energy storage system host.

Tai Nguyen, Saturn Power’s chief investment officer, said that it has been a “recurring challenge” for the manufacturing sector to manage those “intense peaks during the summer and winter months, when energy consumption substantially increases”.

With Honeywell’s battery energy storage as a part of the suite of solutions Saturn Power can now offer its customers, Saturn is able to “actively address these acute consumption needs while subsequently reducing energy costs for our customers,” Nguyen said, adding that this supports the company’s “vision of creating a sustainable environment for future generations”.

Saturn Power has been active in battery storage since 2017, while it has developed a combined 200MW+ of solar, battery storage and wind power since founding 10 years before that. Projects have been deployed in Ontario, Western Canada, the US, Turkey and Bermuda, with Saturn active in everything from financing and EPC duties to O&M for existing renewable assets.

“As power plant operators globally are challenged with reducing operating costs, our BESS enables them to reduce the electrical load – and with that, the cost for electricity – well ahead of anticipated peaks,” Honeywell Process Solutions general manager for Renewable Energy and Distributed Assets, Eren Ergin, said.