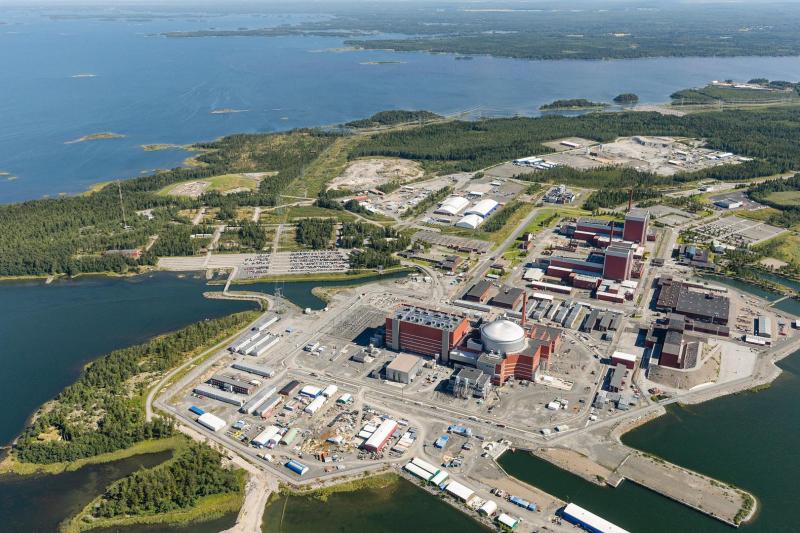 A grid-scale battery storage system will be built at the site of a nuclear power plant in Finland, providing backup in the event of disruption to grid supply.

Finnish power company Teollisuuden Voima (TVO) operates and owns two nuclear power stations on the island of Olkiluoto which supply about one-sixth of Finland’s energy consumption and represent about 22% of all power generated in the country. This year, TVO is about to open its third plant on the island, Olkiluoto 3 (OL3), which will have a nameplate capacity of 1,600MWe and will be capable of meeting about 14% of the country’s electricity demand.

Today, it was announced that TVO has contracted technology company Hitachi ABB Power Grids to deliver a 90MW battery energy storage system (BESS) at Olkiluoto 3. Based on Hitachi ABB’s e-mesh PowerStore energy storage solution and run on the company’s e-mesh SCADA digital energy management system, the batteries will come into action if there’s a problem either with the nuclear plant or with its delivery of power to the grid.

While TVO noted in a recent report that capacity utilisation factor of its nuclear assets was above 93% in 2020, a disturbance at its Olkiluoto 2 plant saw the facility suddenly disconnect from the grid. The issue posed no threat to people or the local environment but did result in electricity production from the power plant unit being interrupted for nine days. Battery storage could mitigate the risks to TVO and the local grid of something like that.

“The battery energy storage is used as backup power in the event of a disturbance in production at the nuclear power plant, until a replacing production method is generating electricity,” TVO technical director Sami Jakonen said.

“In this way, we ensure the reliable operation of the grid even in a situation in which a large amount of electricity would otherwise fall out of the grid capacity.”

Finland is targeting reaching carbon neutrality by 2035 and the three units of Olikiluoto island will put it a third of its way to that goal alone once OL3 is up and running. Fuel loading began at the plant unit in March and it is expected to be connected to the grid in October, with regular electricity production to start in February 2022. Hitachi ABB Power Grids’ battery system is also expected to be commissioned during 2022.

It will overtake a 30MW / 30MWh battery project announced by French renewables developer Neoen last June at a 250MW wind farm in Finland for the title of largest battery storage system in the Nordic countries of Europe to date. Nidec ASI is supplying the BESS to that project as well as acting as engineering, procurement and construction (EPC) partner.

Hitachi ABB Power Grids, formed by combining the capabilities of the Japanese and Swiss technology and engineering groups Hitachi and ABB, has deployed more than 600MW of battery storage worldwide. Energy-Storage.news has reported on energy storage projects and activities by the company around the world with varied scope of technologies and business models, including Singapore’s first virtual power plant, Thailand’s biggest industrial microgrid and a the Arabian Gulf’s first pumped hydro storage plant.