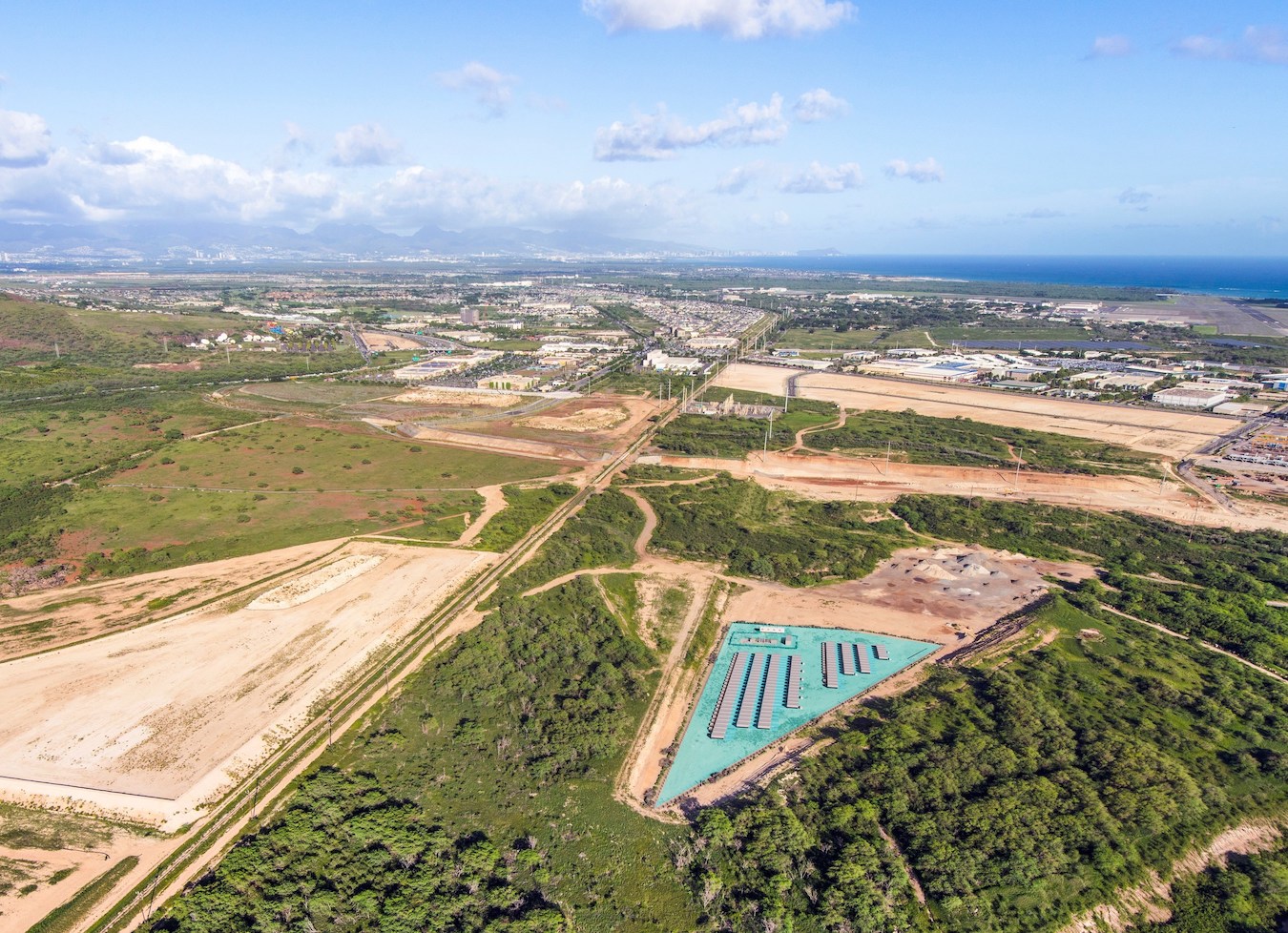 Artist rendering of Plus Power’s Kapolei Energy Storage (KES) project, one of 16 to be contracted by Hawaiian Electric in mid-May. Image credit: Plus Power

EDF, Hanwha and Innergex lie among the firms contracted at Hawaii’s supposedly largest renewable tender to date, joining already-known winners such as ENGIE.

Earlier this week, investor-owned utility Hawaiian Electric (HECO) released the full list of developers set to deploy 16 solar-plus-storage and standalone projects on the Aloha State, a contracted pipeline of 460MW of solar and nearly 3GWh of storage battery systems.

HECO said after an initial announcement that contracts had been awarded on 11 May that it would make public the full list within a month, although developers were able to make their project sizes and locations known as part of their community and stakeholder engagement process. Energy-Storage.news has reported on projects including around 2GWh of battery storage that have already been announced by their developers.

Hawaii’s major solar and storage push comes as the archipelago works to become fully renewable by 2045, a campaign steered by Hawaiian Electric itself. The shift is driven by, among other factors, the need to replace a coal plant on O’ahu island (180MW) and an oil-powered station on Maui (27.6MW), respectively scheduled to close by 2022 and 2024.

Visit PV Tech to read this full story and see the list.