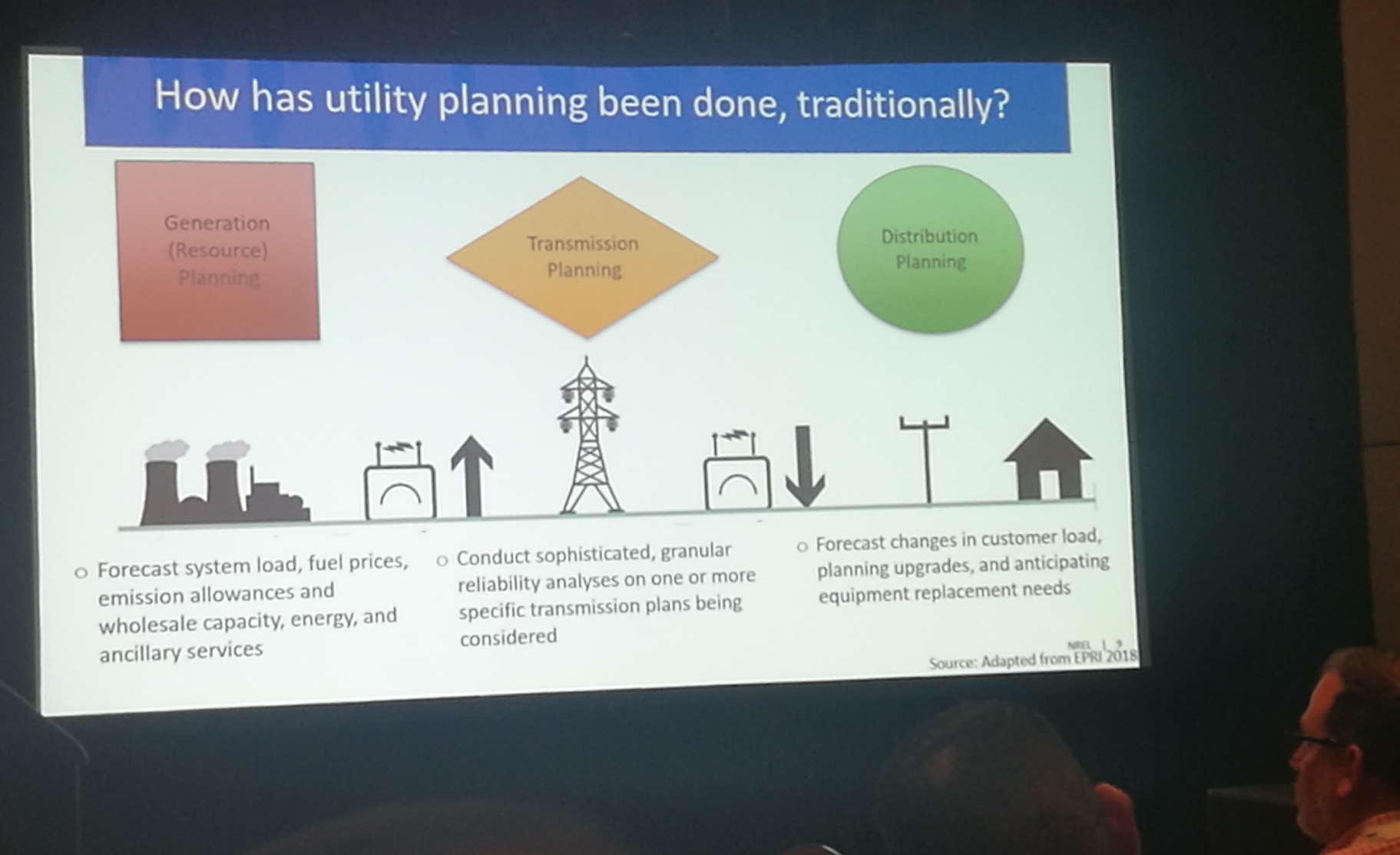 While in the past, the use of DER solutions such as energy storage and demand response have been thought of in terms of how they defer the use of traditional items in the grid developer’s toolkit, better consideration is forming around the “upfront role” DER can play, a US-based analyst has said.

The panel, ‘Distribution system planning data for project development’, looked closely at the ways and means different stakeholders in the electricity system have for assessing their requirements and planning according.

We briefly reported last week that Irec’s Sara Baldwin had said the deployment of DER needs to scale with the demand for the services they provide, without becoming a neat technology without a niche, as can often happen.

ICF’s Samir Succar highlighted some of the challenges that exist in terms of gathering and using data, especially as more and more DERs are aggregated on the grid. The system, he said, is becoming “more complex, more dynamic, both in the way you operate the system and also in terms of how you then plan and build the system as well.”

“That has implications for DER developers that are looking to not only interconnect on the system but maybe get access to value streams, distribution services, participate in wholesale markets and build that into how they think about their project and their project fundamentals,” Succar said.

Curtailment risk and the need for transparency

Managing constraints on the distribution system and figuring out how to “proactively build the system” to enable DERs to participate more broadly across different services and applications, mean that the top-down planning process becomes vitally important in “both understanding and building those capabilities that then enable functionality and additional revenue opportunities for DER,” the analyst said.

To date, the “typical approach” has been to consider what traditional methods would be used to mitigate constraints or manage the system and then seek DER solutions that can defer the need to use those traditional methods. This, however, is changing, Succar said.

“I think an important component that we're starting to see in the planning sphere is that we're starting to engage industry in a meaningful way so that those solutions become part of the initial planning process instead of becoming a secondary piece and a deferral of traditional investments,” and then to “think about the grid needs holistically and the role that DER can play upfront.”

This could be particularly important for energy storage and its possible use of preventing curtailment of output from renewable generation sources like solar and wind. Developers are starting to think about curtailment risk as shares of renewable energy on the grid increase and how utilities may “curtail projects to manage the system”.

“Just as we've been talking about open access transmission tariffs to allow for non-discriminatory participation of all resources at the bulk system, we see that there's going to be an increasing need to apply those lessons on the distribution system,” Succar said.

According to the ICF analyst, this would enable a “clear sense of how DER being managed, optimised and that there's transparency and clarity around that so that developers continue to move their projects forwards”. That need for transparency extends throughout the whole electricity system and how its operations are in part determined by market forces, a point reinforced by all three panellists at the earlier discussion, with all in agreement that DER at distribution system level in many ways an enabler of better transparency of how the network is operating in real-time.