German utilities putting batteries on both sides of the meter 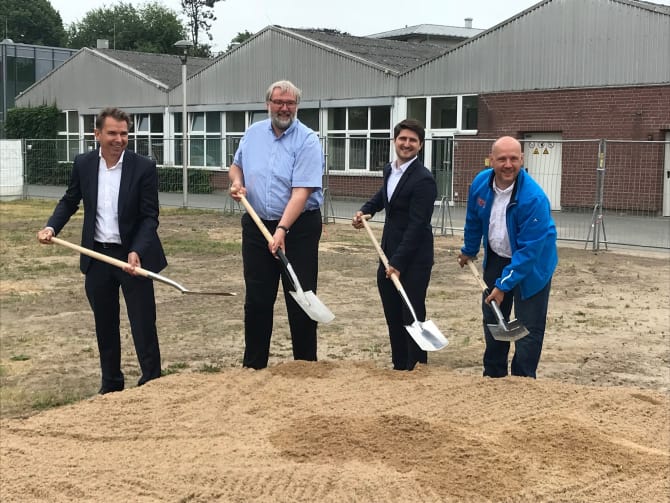 In the past week, developer RES Group has just got a front-of-meter battery project underway for a utility company in northern Germany, while storage system provider Tesvolt has just signed a deal with another utility in the European country to distribute energy storage behind-the-meter for commercial customers.

The award of RES Deutschland’s 10MW project was announced following a competitive solicitation process from energy supplier Versorgungsbetriebe Bordesholm (VBB) in January. The project in the Schleswig-Holstein municipality of Bordesholm is funded by the EU and supported by the local state. One of the main aims of the system’s deployment is to provide backup to the local grid in the event of power outages.

At the time of the project’s award, RES Group said it will be “demanding” from a technical perspective to provide a closed network infrastructure, as well as the need to add features including synchronous coupling switches and a fibre-optic comms network. The system also joins Germany’s primary control power market. Traditionally and most commonly provided by gas turbines, the grid’s frequency is stabilised by matching generation and consumption on a network within seconds of a signal being received from the grid.

RES announced that a ground-breaking ceremony was held for the Bordesholm battery last Monday, attended by RES Deutschland and VBB executives. Funded as a pilot project by the European Union in supporting continental aims for decarbonisation, VBB hopes the system will help it reach 100% renewables by 2020 – its share is currently already at 75%.

At the beginning of this year, a report from Germany Trade and Invest (GTAI), effectively one of the country’s business development agencies, said around 1,250MW of primary control power was being traded in the coupled markets of Belgium, Germany, Austria, the Netherlands, France and Switzerland out of around 3,000MW in total in Europe. About 144MW of that was being provided in Germany by batteries – mostly lithium-ion – by the end of 2017. Since then, Energy-Storage.news has reported on numerous primary control projects going online in Germany including Enel’s first project in the country and one from Bosch at the site of a coal plant, created in a JV with German utility company EnBW.

Julian Jansen, analyst at IHS Markit, told Energy-Storage.news today that it is increasingly common that utility players both large and small are starting to “accelerate the development of solution based, smart energy offerings over the past 5 years,” including energy storage, with the traditional utility business model of generation and supply “clearly understood” to not be “fit for the future”. 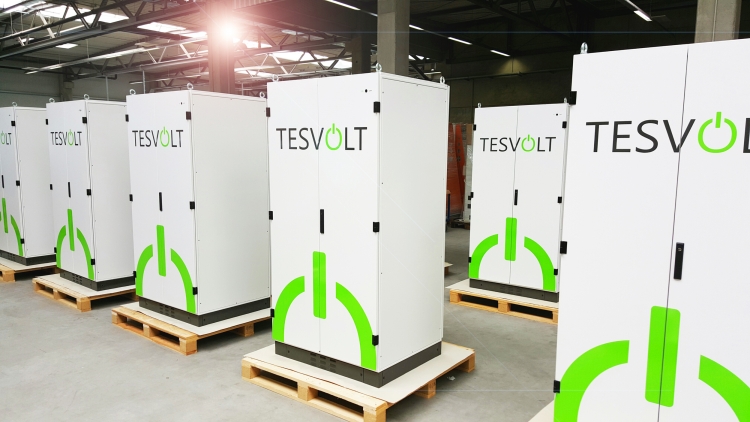 A different approach to energy storage market involvement by a utility was unveiled today by Tesvolt. Jansen said today that energy storage is playing a “pivotal” role in the “wider paradigm shift” as utilities race to catch up with rapidly decentralising energy networks. As such, although they did not instigate the distributed energy future, incumbents in the energy industry could remain the logical choice of stakeholder to provide many of the services modern power networks will be based around, Jansen said.

Tesvolt is partnering with WEMAG, the German utility behind Europe’s first-ever commercial battery park, which went online in 2014 and was expanded in 2017, when it successfully demonstrated its capability to provide a black start to an offline power grid. This time, the utility will act as distributor for Tesvolt’s commercial and industrial (C&I) energy storage offerings.

Based on lithium battery cells from Samsung SDI, Tesvolt systems scale up from 10kWh to 1MWh and could deal with storage demand of 100MW, with a charging speed of 1C. Sven Huntemann, Tesvolt area manager for central and eastern Germany said the company will be involved in WEMAG’s consulting services as well as delivering storage systems, saying that his company was “delighted to have found such a strong distribution partner”.

WEMAG selected Tesvolt in a competitive process from among rival providers. It is claimed the German company’s storage systems could enable the storage of solar or wind-generated electricity at just €0.09 (US$0.11) / kWh on average. Tesvolt meanwhile claims its systems can be expanded in size and capacity even years after their initial deployment, a feature Sven Huntemann claimed competing providers do not allow for. Tesvolt claims its systems can achieve 92% whole-system efficiency and 30 years lifetime in service, assuming that to be around 8,000 full cycles at 100% depth of discharge (DoD).

“The synergies for utilities and energy suppliers are clear – from trading and ancillary services market participation with front-of-the-meter assets, to providing full solutions to behind-the-meter customers including energy management for C&I customers and solar-plus-storage solutions in the residential sector,” IHS Markit’s Julian Jansen said.

“Especially in the C&I space, energy suppliers are in the prime position to identify and acquire customers, as they already have exposure to their customers’ bill structures.”

It has reached the stage, Jansen said, where every one of Europe’s 10 largest energy suppliers has either launched their own energy storage solution or invested in energy storage companies and their offerings somewhere in the world, often through the venture capital (VC) investment divisions.