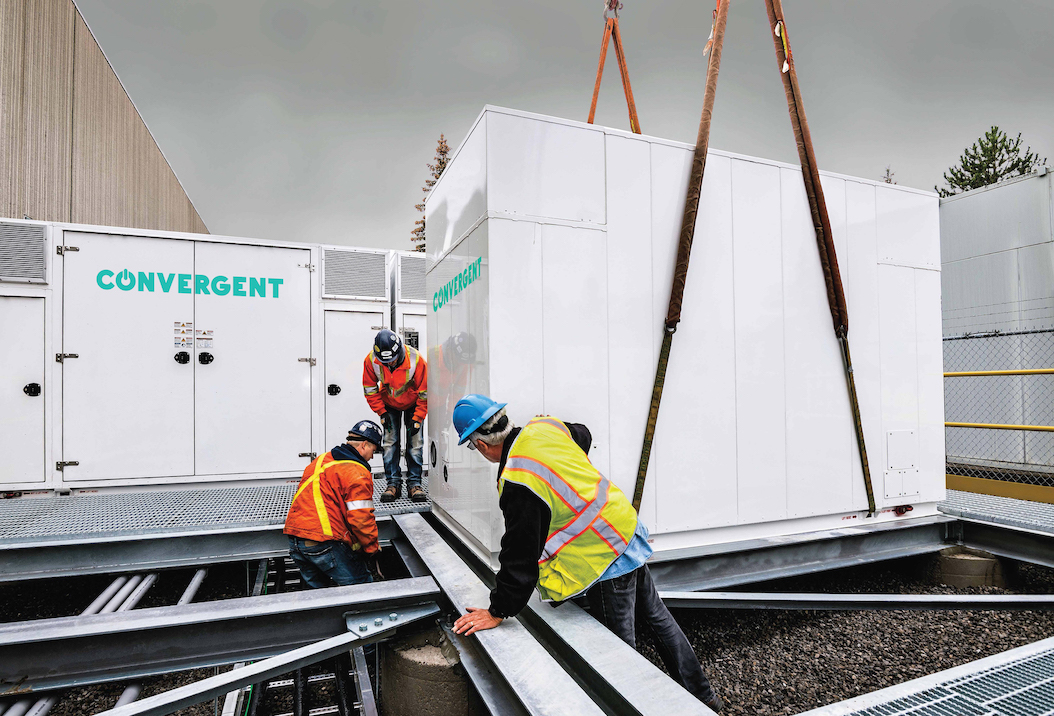 GE Renewable Energy announced the contract earlier this week and said it will be providing an integrated solar inverter and energy storage system to the DC-coupled project, which includes 123MWh of energy storage. GE is also providing Convergent Energy + Power with a 20-year service agreement.

The potential advantages of DC-coupling storage with solar include the ability to share a single point of interconnection to the grid as well as reducing the clipping of solar energy. GE Renewable Energy is currently building the UK’s first large-scale DC-coupled battery storage system for a 60MW solar plant for engineering company Wykes.

Construction is already underway on the New York project, which is expected to reach commercial operation this summer. The system will enable solar energy generated at the three sites to be injected into the grid during peak demand times, helping to reduce the state’s reliance on fossil fuels. As with other such projects in the state so far, the large-scale systems will be built away from the urban areas in Upstate New York.

In a 2019 interview with Energy-Storage.news, Convergent Energy + Power CEO Johannes Ritterhausen said that New York was a “very promising” market for energy storage, with the state having adopted an aggressive target of 1.5GW of new energy storage by 2025 and 3GW by 2030 as part of its climate protection policy goals. Ritterhausen also said there is a strong potential to replace peaker gas plants in New York with cleaner alternatives like solar and wind made dispatchable using batteries.

The project builds on an existing relationship between GE Renewable Energy and developer Convergent: in October 2019 Energy-Storage.news reported that the technology provider had been selected to supply battery energy storage systems (BESS) totalling 100MWh for three of the developer’s projects in California.