Flow batteries ‘unlikely’ to compete with lithium for residential systems 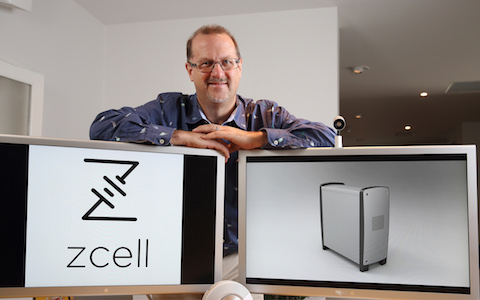 An energy storage market and tech analyst has told Energy-Storage.News a decision by flow battery maker Redflow to shift focus away from the residential market signals that it is “highly unlikely” the technology can compete with lithium-ion in that space.

Australian startup Redflow, which is listed on the Australian Stock Exchange (ASX), reported earlier this week that it has conducted an internal strategic review of its business. Founded by its CEO, tech entrepreneur Simon Hackett, the company made headlines when it launched what is thought to be the first redox flow battery system aimed at the residential market, in March 2016. This was in addition to its ongoing work supplying larger batteries to commercial and industrial (C&I) customers.

While more expensive than rival systems such as the Powerwall in terms of upfront cost, the systems provided 10kWh of storage per day for 10 years, a higher capacity, longer duration of storage and lifespan than lithium-ion counterparts such as Tesla’s.

Redflow said that it had decided to prioritise sales and market development in more mature markets, providing systems for telecommunications, C&I customers and off-grid or remote projects as well as supporting ‘weak’ grids. Earlier this month Energy-Storage.News reported Redflow had made an AU$800,000 (US$600,000) sale to a telecoms provider. With a need for 24/7 operation, and often located in remote areas as standalone towers, telecoms have been considered a sweet spot for longer duration energy storage. Many existing telecoms stations use lead acid batteries and replacing these with flow batteries holds some appeal.

While it would continue selling ZCell, the residential device, Redflow said it now accepted that prospects in the residential market might remain limited. The company referred to “competition, cost sensitivity and commoditisation” in the space as limiting factors.

Julian Jansen at research firm I.H.S told Energy-Storage.News that the decision was perhaps not surprising, due to the rapid pace of cost declines in lithium-ion battery manufacturing, which made the flow battery – and other alternatives – less competitive than their makers had anticipated.

“…for most mass market applications Lithium-ion based storage systems are simply the best option today, due to scalability and the subsequent cost reductions,” Jansen said.

“For most alternative technologies including flow batteries the market is becoming increasingly difficult to compete in, as the cost curve for Lithium-ion batteries has dropped even faster than expected – undermining the cost reduction plans of alternative technology manufacturers such as Redflow or recently Aquion [maker of the saltwater electrolyte battery that went bankrupt earlier this year]”.

Another aspect of competition between the technologies is in form factor. Flow batteries are simply more bulky than lithium-ion, requiring tanks to store liquid electrolyte. Jansen said physical size, and again, cost, made flow batteries seem less suited for home use than lithium.

“However, underlying this is also the challenge manufacturers have faced regarding the establishment of an effective supply chain on the back of Solar PV and the fact that many systems lack effective software and control strategies,” Jansen added.

“Therefore overall, it is highly unlikely that flow batteries will succeed as a viable competing option to Lithium-ion based systems in the residential market outside of very specific niche applications.”

Redflow claimed that while its flow batteries are more expensive than “commercially mature” lithium products, ZCell is “achieving success with early-adopter and technically sophisticated customers who are prepared to pay a higher purchase price for an energy storage system they identify as technically superior”. However, it conceded that this might not translate into a long term market opportunity as mass market customers were likely to pick cheaper options where possible.

On that subject of cost reduction, Redflow said as further measures to result from its strategic review, it would look for a “more technically appropriate manufacturing location” in South East Asia to gain proximity to markets and reduce its supply chain costs.

Along with other supply-side measures, the company committed to implementing 12 ‘cost-down’ projects, to reducing product manufacturing costs by 30% over the next 18 months and trying to reduce operating overheads by 10% to 15%. Redflow is also targeting “sustainable cashflow-positive operations” by the end of 2018. Geographically, Redflow said it would put primary near-term focus on “already successful markets”, which included Australia, New Zealand, South East Asia and southern Africa.