‘Flow batteries on a budget’: Avalon renting electrolytes as a service 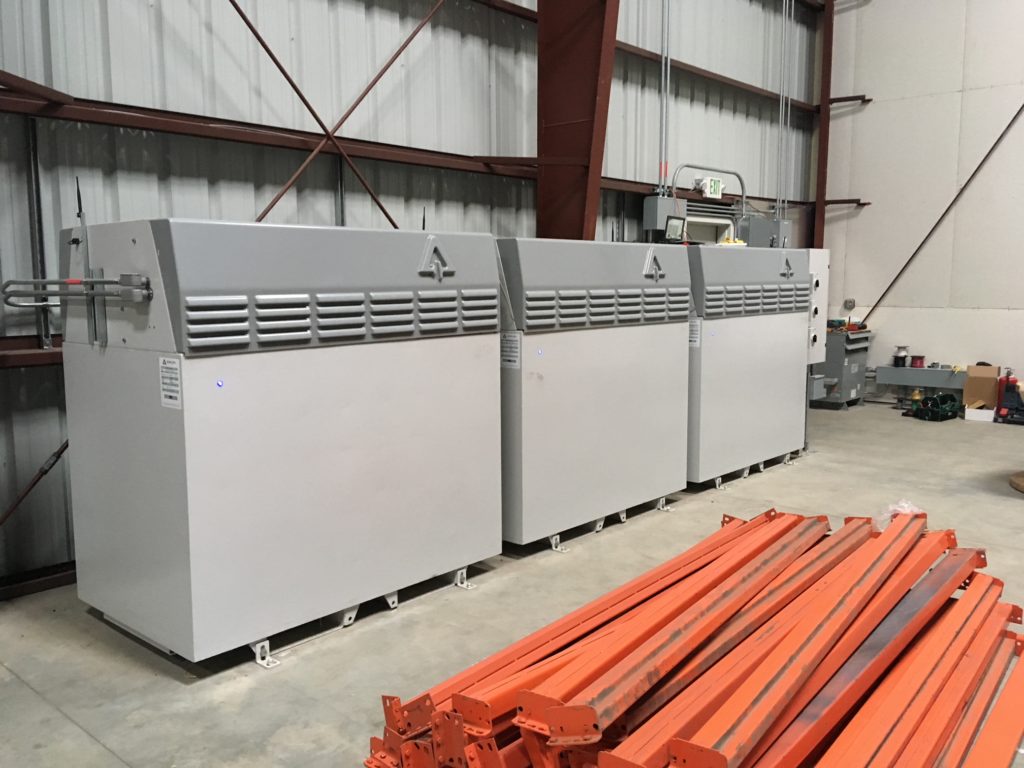 Flow batteries on site at Sandbar Solar HQ, Northern California. The site is actually around 50 yards from a grid connection, but Sandbar president Scott Luskey and team opted for the 24/7 solar-plus-storage option. Image: Avalon Battery.

Flow battery maker Avalon has initiated a novel business model aimed at lowering the cost of deployment of its energy storage units, effectively ‘renting’ the electrolytes in the devices to a customer in California.

The new headquarters of Sandbar Solar, a solar installation company based in Northern California, runs off a microgrid system that has an Avalon Battery vanadium flow battery energy storage system at its heart.

Integrated by microgrid controls solution provider Ageto Energy, the flow battery is designed to allow the grid-independent facilities to run on solar 24/7, which a lithium-ion battery solution would not be capable of providing.

According to Avalon’s company blog, the customer needed a battery capable of unlimited charge and discharge cycles, combined with the software to control and integrate solar, storage and backup power generation.

For the project to be completed on a budget, as Sandbar Solar's president Scott Laskey required, Avalon decided to offer the batteries on a service basis, with the novel hook being that it’s the vanadium electrolytes in the scalable tanks which are being rented to Sandbar. Other storage ‘as a service’ business models typically offer rental of the whole system or even deployment on a no-money-down basis as energy storage provider and customer share savings or revenues a battery could provide.

In Avalon's case, the vanadium which stores energy in the system will also retain its value up to 100%, providing residual value and recyclability to the manufacturer.

Electrolyte more than a third of battery’s cost

Avalon Battery president and chief product officer Matt Harper told Energy-Storage.news that while the cost of the electrolyte can vary greatly, it is typically more than a third of the system’s overall costs. Incidentally, Avalon is also currently the supplier of flow batteries for NEXTracker’s integrated NX Flow solar-plus-storage systems.

“Depending on the product configuration, the electrolyte is approximately 35% of the capital cost of the entire battery,” Matt Harper said.

A source from one of the major technology and system integration companies in the energy storage space – and therefore one of the potential major customers for this type of offering – who preferred to comment anonymously, said that the rental model sounded like a good idea.

The source said that while flow batteries had been an area of interest, particularly for commercial and industrial projects and offered a low cost of ownership over their lifetime, high capital cost and the risk of deploying a relatively new technology had been prohibitive to date.

“For this project, the initial capital expense was the greatest consideration. The customer was looking to offset the costs of their electrical interconnection, so needed to get the total budget under a certain threshold,” Matt Harper from Avalon explained.

However, the business models required to launch flow batteries into the mainstream of energy networks worldwide will nonetheless still vary from project to project and in different markets, Harper argued.

“For some customers, who are focused exclusively on the total cost of ownership over a 20- to 30-year operating life and who have a very low cost of capital, the rental option may not make sense.

“Finally, in US-based projects where tax benefits and incentives are a huge part of the overall payback structure, incorporating a combination of capital and operating expenses may not fit with standard business practices; where those incentives are a big part of an individual customer's purchasing decision, the rental solution may not make sense.”