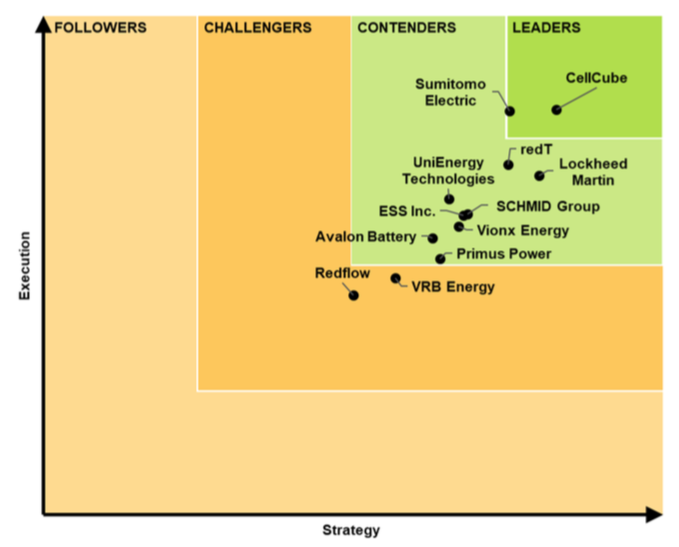 Flow batteries have so far, failed to live up to the disruptive potential they promise, a new report says, but authors Alex Eller and William Tokash at Navigant Research have identified 12 leading vendors in the nascent field, based on metrics of strategy and execution.

In an industry (sub)segment that has already undergone rapid consolidation and seen some of those considered early leaders such as VIZn and Immergy fall by the wayside in the past three or four years, Navigant names Cellcube – which itself once had a rollercoaster journey of changing hands and investors – as top in the chart.

In the preamble to a 2018 interview with Cellcube president Stefan Schauss on this site in 2018, I wrote that the fortunes of Cellcube’s redox flow battery energy storage, spun out of technology developed at Gildemeister, “have been an interesting mirror to those of the overall technology class”.

Owned by junior mining entity Stina Resources, Cellcube Stefan Schauss told Energy-Storage.news the company had ambitions to realise full vertical integration, with the company seeing progressive shifts to longer durations of energy storage already seen in the energy market in places such as California as “just the tip of the peaking iceberg”. 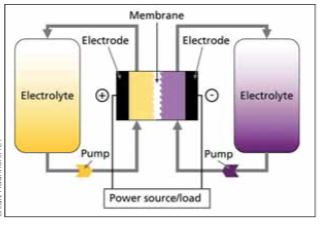 Leaders, contenders alike are waiting for opportunity to scale up production

Joining Cellcube in a category of two marked ‘Leaders’ in the Navigant report (all 10 other companies named are described as ‘Contenders’) is Japan’s Sumitomo Electric, perhaps largely by virtue of deploying a 60MWh flow battery on the northern Japanese island of Hokkaido a few years back.

More recently, towards the end of 2017 the company said it would take its flow systems into the international market, beginning with a large commercial pilot project in Belgium. Then, at the end of 2018, Sumitomo also said it would connect a 2MW / 8MWh demonstration into the California wholesale market to provide frequency regulation and trade-based supply.

The potential advantages of flow batteries – and the challenges faced by providers of the various different flow technologies and sub-chemistries – are examined in great depth, in a feature article to be included in the forthcoming edition of our quarterly technical journal, PV Tech Power (vol.21). Co-authors Jens Noack, Nataliya Roznyatovskaya, Chris Menictas and Maria Skyllas-Kazacos from CENELEST, a joint research venture between the Fraunhofer Institute for Chemical Technology and the University of New South Wales chart a deep dive into everything from how redox flow batteries work, to the supply chain and sustainability of materials, to the challenges still ahead for commercialisation.

Much like lithium-ion batteries, and indeed, like solar PV equipment, costs for redox flow batteries (RFBs), have “fallen significantly over the last 10 years,” the authors write, adding that increases in deployment volumes to mass production levels will enable further “significant reductions” in production costs. 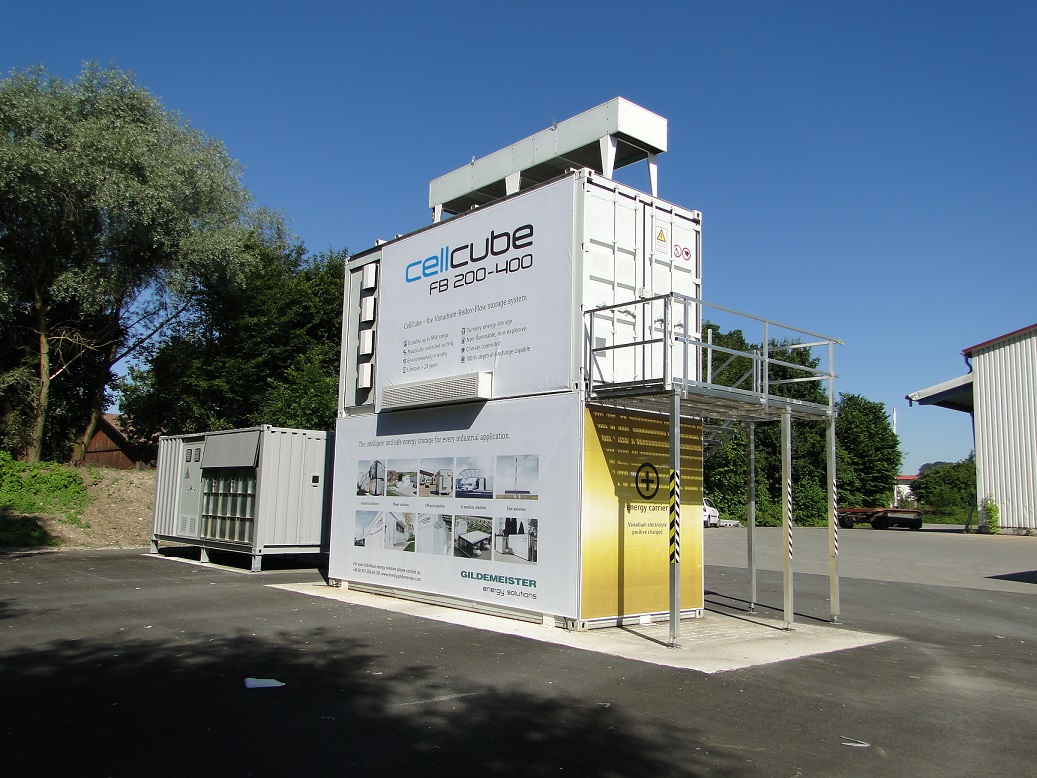 CellCube, spun out of Gildemeister’s assets and now in the hands of junior minor Stina Resources’ subsidiary Enerox, topped the field according to Navigant. Image: CellCube.

Here’s a brief excerpt from the article:

This structure is similar to that of fuel cells, whereby in redox flow batteries, charging and discharging processes can take place in the same cell. Redox flow batteries thus have the distinguishing feature that energy and power can be scaled separately. The power determines the cell size or the number of cells and the energy is determined by the amount of the energy storage medium. This allows redox flow batteries to be better adapted to certain requirements than other technologies. In theory, there is no limit to the amount of energy and often the specific investment costs decrease with an increase in the energy/power ratio as the energy storage medium usually has comparatively low costs.