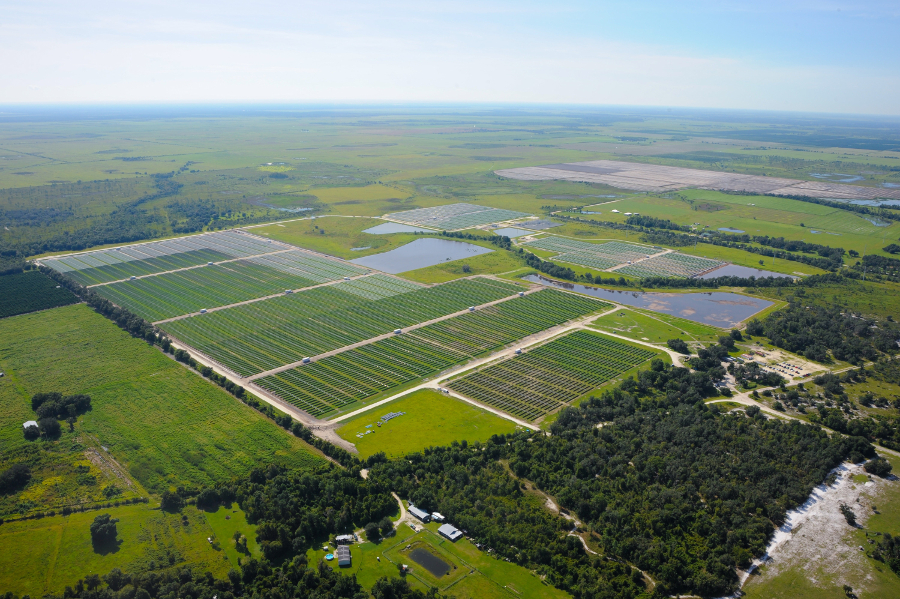 The 409MW battery will be the largest of many energy storage systems and solar plants to be rolled out across Florida. Credit: FPL

Major US utility Florida Power & Light Company (FPL) is planning to build the world’s largest battery energy storage system adjacent to an existing solar power plant, with plans to roll out multiple other storage systems across the state.

The FPL Manatee Energy Storage Center will be powered by an existing PV plant in Parrish, Manatee County, and capable of distributing 900MWh of electricity. It will start serving customers in 2021, with the batteries being used particularly during peak demand periods, thereby reducing the requirement for electricity from other power plants. It will be able to provide energy the equivalent of 329,000 homes for a period of two hours, saving FPL customers more than US$100 million in the process.

Eric Silagy, president and CEO of FPL, said: “This is a monumental milestone in realizing the full benefits of solar power and yet another example of how FPL is working hard to position Florida as the global gold standard for clean energy.”

The company has 18 solar power plants currently in operation and four more entering construction, but it is no stranger to solar-plus-storage, having opened the largest plant combining solar and storage at Babcock Ranch in Charlotte County in 2018, and the company is now also planning smaller battery installations and solar plants across the state. This, while carrying out efficiency upgrades to existing combustion turbines at other power plants, will help to replace 1,638MW of traditional generating capacity.

“Even as we aggressively execute on our plan to install 30 million solar panels by 2030, we never lose sight of finding innovative ways to bring our customers the benefits of solar energy, even when the sun's not shining,” added Silagy. “Replacing a large, ageing fossil fuel plant with a mega battery that's adjacent to a large solar plant is another world-first accomplishment.”

FPL’s two-decade-long modernisation programme has tended to involve replacing oil-based power plants with US-produced natural gas units. However, it is FPL’s increased knowledge of how to optimise solar and batteries as well as the new technologies’ rapidly declining costs, that is allowing FPL to take on these alternative technologies simultaneously.

“The way we generate, store, transport and use electricity is being reinvented. New technology, like large-scale battery storage, is a critical step on the path to a cleaner, cheaper and more efficient energy future. Achieving this outcome is critical to the well-being of our economy, our communities and our planet,” said Temperince Morgan, executive director of the Florida Chapter of The Nature Conservancy.

FPL, which serves more than 10 million people, will also soon shut down its only remaining coal plant in Florida by the end of this year.