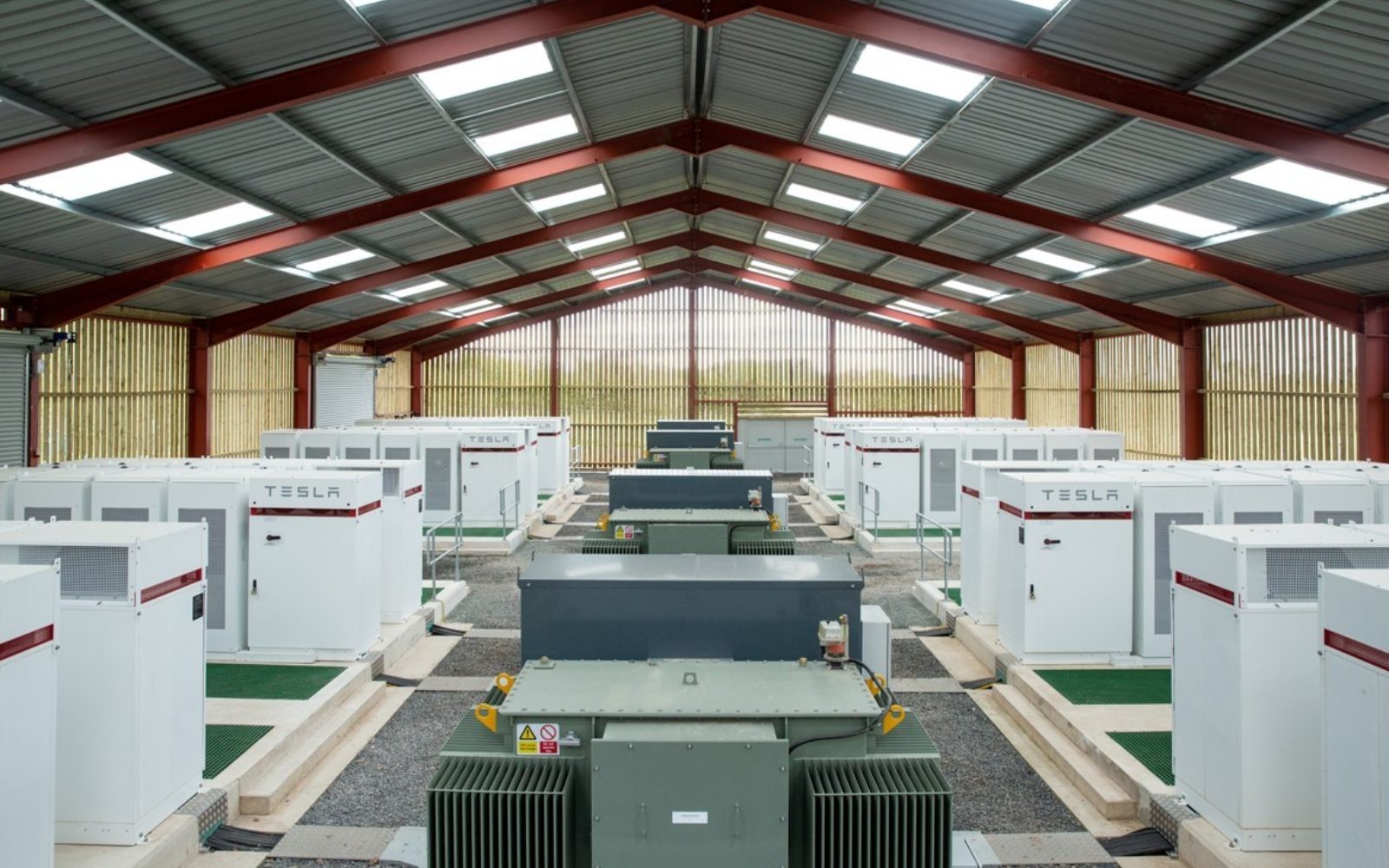 A 100MW battery energy storage system just announced in the UK by battery storage developer, owner and operator Zenobe Energy is the first such system to win a long-term contract from the country's transmission system operator to directly absorb reactive power from the transmission network.

The project, at the village of Capenhurst near the city of Chester in the north-west of England, is expected to begin operations in April 2022.

It has been commissioned as a response to network operator National Grid’s pathfinder programme, which is looking for reactive energy management services through innovative technologies. The project follows Zenobe working with the grid operator on its ‘world-first’ Power Potential Project, which saw its 10MW King Barn battery provide reactive power services.

The Capenhurst project shows what pioneering solutions businesses can “bring to the table when industry innovation is encouraged by up-to-date legislation,” said James Basden, co-founder and director at Zenobe Energy, adding that it was an “incredibly exciting day for not just Zenobe, but the UK.”

“As we move to a cleaner energy system, batteries like this one will play a vital role in stabilising the grid and ultimately enabling a greener, more sustainable, Britain. We will look to replicate this solution nationwide, working with government and industry to stabilise the UK energy system, push energy prices down and ensure an emission-free future.”

Basden told Energy-Storage.news that the system, connected to the transmission network at 275kV, will have 100MW output with 100MWh capacity. The company was not willing to disclose its equipment suppliers or integrators “at this time,” Basden said, but explained that the system “will help manage voltage through absorbing reactive power. It will also do active power services such as frequency, balancing mechanism, wholesale trading and have a capacity market contract”.

It is the largest battery to have been approved since the planning regime was officially changed in November 2020, allowing storage sites over 50MW in England to be granted planning permission locally rather than by the national approval body. Previously, any system over 50MW had to be deemed a project significant to national infrastructure planning, meaning that there are several 49MW battery projects in the country that have been developed over the past couple of years in order to come in just under the threshold.

Partly because the UK is an island grid and partly also because deregulation of electricity markets began there decades ago, the battery storage market has advanced more rapidly than across much of mainland Europe and the falling cost of lithium-ion batteries and other hardware as well as the knowledge gained by the industry since grid-connected batteries started to be deployed at scale from 2016, have contributed to an appetite for large-scale battery storage.

While Zenobe Energy claimed the Capenhurst battery system will be the largest in Europe, another UK project developer, Penso Power, is building a 150MW / 266MWh project in Minety, south-west England, 100MW / 136MWh of which is already online as of the end of 2020, albeit the Minety project is designed and built as three adjacent 50MW systems which perhaps accounts for the distinction. There is also a 100MW battery storage system already up and running in Lumcloon, Ireland, and the companies behind that are developing another 100MW facility.

Also on the way in mainland Europe is a 250MW / 250MWh battery system expected to be deployed as part of “Net Booster”, also known as “Grid Booster,” a scheme to use battery energy storage instead of building new overhead transmission lines to ease network congestion and help integrate renewable energy capacity growth on the network. That project will also see two projects identical in size to Zenobe's Capenhurst project installed; albeit all of those are at an earlier stage of development but could go into operation during 2022 as well.

Each of those projects will be outdone for size in a few years when London Gateway, a 320MW / 640MWh project by power generation developer Intergen – which already received planning consent for its site in Essex, south-east England, last year and plans to begin construction in 2022 – comes online in 2024 as scheduled. London Gateway will be a first battery storage project for Intergen, a company better known for developing thermal generation plants, but the company has also received planning permission to develop a further 175MW / 350MWh battery project in England's East Midlands region too.

Capenhurst will be the first deployment of funds from the £150 million (US$206.54 million) investment in Zenobe from Infracapital, the infrastructure equity investment arm of M&G, in November 2020. It will help move the battery storage company one step closer to its 1000MW stationary battery capacity target by 2026.

Currently, the company has around 170MW of contracted storage assets as well as a 20% market share in the EV bus sector, a software offering and portfolio of projects in the pipeline. It has continued to grow its operations over the last year, including signing an optimisation agreement with EDF for 59MW of battery storage in June.

This article's headline and opening lines have been amended to reflect more accurately that the battery is the first in the UK to provide reactive power services under a long-term contract with National Grid.