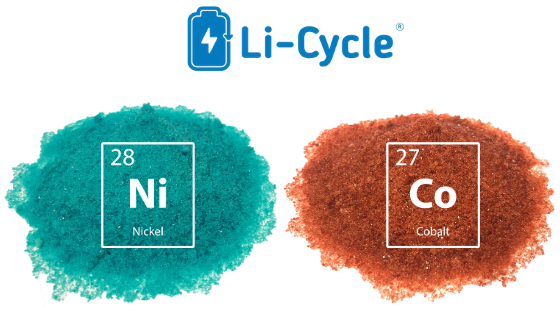 It will be in the interests of more or less everybody involved in the “broader lithium-ion battery supply chain” to establish effective recycling ecosystems, according to an analyst with IHS Markit.

Recycling was among the big topics covered at this week’s Energy Storage Virtual Summit hosted by our publisher Solar Media’s events division. The majority of lithium-ion batteries used in stationary energy storage for solar, back up power or grid-balancing services have only been in operation for a relatively short amount of time, but consideration is being made for the future when a large number of systems begin reaching their end of life (EOL).

Chloe Holzinger, a senior analyst for energy storage at the research company, said during a presentation on the present and future prospects for recycling lithium batteries that stakeholders involved in everything from raw materials to component and equipment production, as well as end users, will have a keen interest in the possibilities for recycling.

Raw materials and cathode producers in particular might see recycling as a potential extra revenue stream, while their direct competitors might be recyclers that also begin to produce cathode materials directly. Given the low volumes of batteries available for recycling ahead of 2030, policy and regulations to encourage and foster recycling ecosystems would be helpful, Holzinger suggested.

Holzinger’s colleague at IHS Markit, Youmin Rong, who is a senior analyst in clean energy technology, said that the company is forecasting that 600GWh of batteries will reach their EOL by 2030 across electric vehicle, grid storage and portable electronics segments, and more than 2.5TWh by 2050.

The growth in the automotive sector’s demand for batteries alone will make it “essential to have a recycling industry,” Youmin Rong said, adding that since electric cars and stationary energy storage systems will require cells with vastly more capacity than the types of cells found in portable electronics like smartphones, an “an industry of recycling for large-scale lithium-ion is needed today more than ever”.

IHS Markit is predicting that between 2020 and 2030 there will be growth in battery demand as follows:

Optimism over profitability of recycling

Youmin Rong said that players in the battery market are “optimistic over the profitability” of recycling, given the “increasingly rapid” growth in the volumes of batteries expected to become available at EOL. In the near term, it’s largely the value of cobalt and nickel driving the nascent recycling business, especially with Europe dependent on imports of these raw materials.

Rong highlighted also the concerns many have voiced over the cobalt supply chain in particular – around 60% of the world's reserves in use are coming from the Democratic Republic of Congo (DRC), where accountability for human rights including child labour practises and worker safety are sometimes – though not always – lacking.

In a panel discussion held later the same day, Kunal Phalpher, chief commercial officer at lithium battery recycling startup Li-Cycle, said that it is becoming increasingly commercially viable to recycle batteries. Phalpher suggested that policies around incentives may not be necessary, although he did say regulatory drivers in the shorter term are helping push forward recycling in some regions.

“Over time you will get to a point where recycling becomes more cost-effective or cost-neutral or an appetising pathway for decommissioning an energy storage system that’s more than 10 years’ old,” Phalpher said.

Li-Cycle is headquartered in Toronto, Canada but is close to finishing construction on and opening up two recycling facilities in Rochester, New York. The company uses a two-step process involving mechanically shredding EOL battery packs and then recovering materials using hydrometallurgy.

What’s recovered includes the so-called ‘black mass’ that contains materials used in cathodes and anodes. Crucially, Phalpher said, the materials recovered are equivalent to what comes out of the mining process for raw materials, while resource recovery can help create new devices with a lower carbon footprint than using mined raw materials. In yesterday's Tesla Battery Day, company leadership mentioned that investing in recycling early is important for these and other reasons.

IHS Markit’s Chloe Holzinger had pointed out that New York State’s support for Li-Cycle is a rare example of US government encouragement for the recycling supply chain. Other regions worldwide are enacting policies to support or mandate recycling however, such as China, which has mandated that automakers are responsible for battery recycling and Europe, which is mulling the introduction of a Battery Passport, meaning all components and systems are somehow made traceable through a central ledger.

In terms of energy storage for the grid, a project owner becomes responsible for taking ownership of the batteries, which means taking ownership of raw materials. Another panellist on the session, Catherine Helleux, who is an investor in renewable energy and latterly energy storage projects, said that when making an investment decision, the cost of the EOL is always factored in. Repurposing and recycling costs are still an unknown quanitity for projects that might last yet another 15 to 20 years, while Helleux said that uncertainty in price makes it “not that cheap” yet, but with falling technology costs and scarcity of raw materials will come a financial imperative to recycle.