July 2019 saw the introduction of significant changes to the way in which Frequency Control Reserve (FCR) auctions are conducted. Gone are the weekly auctions, replaced by daily auctions in a move designed to create greater flexibility and improve international co-operation in these markets in Europe.

To understand the impact of these changes on the energy storage market – an important factor in balancing the wider electricity market – we must first understand how these FCR auctions work. Power markets across Europe are managed by various services designed to ensure that the frequency of the grid across these markets remains within an acceptable range. These services are designed to respond to and correct any frequency deviations back towards the norm of 50Hz to minimise the chance of blackouts occurring. Across Austria, Belgium, France, Germany, the Netherlands and Switzerland, this is carried out via a common auction of a service (the FCR).

This issue is particularly topical given recent events in Britain. In August a huge, sudden drop in frequency put parts of the train network out of operation for hours as power was cut off in some areas to keep the wider network operational.

How and why does this affect energy storage?

Well, storage is an important mechanism in controlling the frequency. In countries that participate in the FCR, there is a significant amount of hydro-capacity; only the Netherlands lacks this. Other storage also plays a role but is competing against pumped storage and hydro basins (this has not changed under the new rules). Either way, there are plenty of options to use energy storage as a lever to manage frequency.

These options have increased with the switch from weekly to daily auctions, as it allows parties to enter and exit the market more frequently. In contrast, generators that participate in a weekly auction need to commit to being around for the whole week.

Another significant reason why energy storage is important is that most of the FCR is made up of ‘spinning reserve’ – the extra generating capacity made available by increasing the power output of generators already connected to the power system. Spinning reserve can only be offered by storage and running plants, which rules out generating capacity that is not connected to the system but can be brought online after a short delay. With fossil generation out-of-merit for much of the time (coal and lignite plants), these plants have no need to keep running because they provide FCR to the Transmission System Operator (TSO).

Storage, then, is clearly an important player in the ongoing drive to balance frequency, so does Europe have enough capacity? The short answer is yes; Europe can currently meet its daily demand for FCR. Countries such as France and Switzerland have surplus capacity, whereas the Netherlands and Belgium are tighter. The joint auction ensures some level of stabilization across those markets, but transfer capacity between countries is limited, which causes local issues. For example, markets ‘decouple’ when transfer capacity is insufficient, or if local capacity is priced too high to be in the merit order of bids.

Going forward, the energy storage market will help to provide the flexible capacity that helps TSOs manage the frequency in the event of plant outages or extreme deviations in intermittent generation. It will therefore play a significant role in ensuring that the frequency is contained within a specific bandwidth – in layman’s terms, ensuring that the lights stay on in Europe.

The interconnected grid is a large synchronous area which balances itself for the most part, but the capacity that is auctioned ensures that the grid can cope with a single outage event of 3,000MW, long enough for generators to ramp up spare capacity to cope with a longer outage duration. The size of these outages and the quantity of reserves that the area needs (and the local portion that countries must contract) are reviewed regularly (annually).

There are some unknown variables, though. There is a trend towards using smaller and more decentralised units for power generation; will this mean that this capacity can decrease? Will renewables be subject to the identical deltas in influence factors and therefore be more likely to deviate in the same direction regionally, prompting the need for more reserves?

Either way, the daily FCR auctions will create greater co-operation between regions and an increasingly competitive market, which should have a favourable effect on overall prices across Europe.

The output from this battery system, paired with two wind turbines at a commercial site in Belgium, is added to a ‘virtual power plant pool’ by operator Next Kraftwerke to provide services including FCR, faster than conventional fossil fuel generators. Image: Alfen. 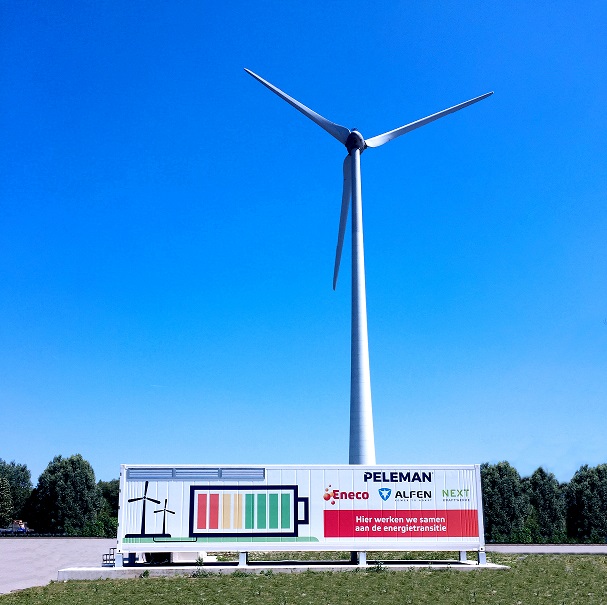