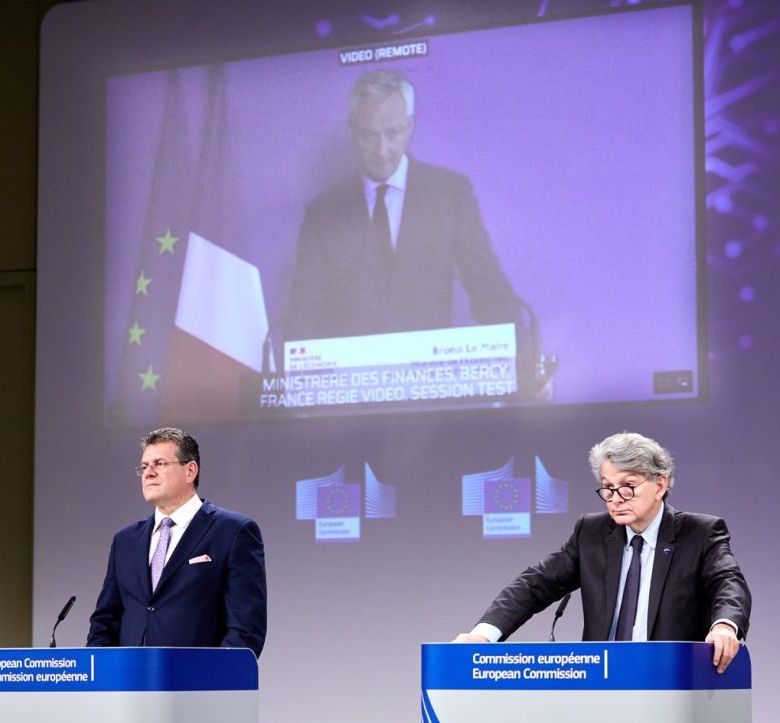 Europe is on course to become the world’s second-largest lithium-ion battery cell producing region by 2025, although some key challenges need to be addressed, a European Commission vice-president has said.

Following a high-level ministerial meeting of the European Battery Alliance (EBA) — the continent’s multinational drive to support a massive domestic production base and supply chain — Maroš Šefčovič, the EC’s vice president for inter institutional relations and foresight, said that almost 70 industrial projects are being supported by the Alliance, expected to create as many as four million jobs by 2025.

In a speech given on Friday, Šefčovič said that the EC had met with “Ministers from leading Member States” as well as with the European Investment Bank to assess how much progress has been made through the multi-billion Euro alliance but more significantly, “to discuss the way forward”. The European Battery Alliance’s mission is to create a battery value chain that is innovative, competitive, resilient and sustainable and Šefčovič has led it since it was created in 2017. In January, the European Commission approved €2.9 billion (US$3.52 billion) in funding to support research into four core stages in battery manufacture: the mining of raw materials, battery cell design, battery systems and recycling in the supply chain.

“Despite the pandemic, Europe continues to be a battery hotspot, closing the investment gap to our major Asian competitors, and in moving fast towards its open strategic autonomy in this critical sector,” he said.

While many of those 70 or so projects have advanced ahead of expected schedules and decided to raise their scheduled output capacities beyond initial plans, covering areas from raw materials supply to digital technologies to support batteries in the field, the most progress has been made in the production of lithium-ion cell batteries, the EC vice president said.

“Many of the battery investments have recently advanced their timelines and raised their expected output capacity. The production of lithium-ion cell batteries has shown the most progress – and by 2025, we are now set to become the second largest battery cell producer in the world, behind China,” Šefčovič said.

While the European Battery Alliance has focused primarily on the supply chain for electromobility applications, several of the established players and startups it has supported have said they will be working also with the stationary energy storage space, including Northvolt, perhaps the most notable example of a company that has emerged from nothing to raise huge investment and begun constructing dozens of gigawatt-hours of production capacity in a short space of time.

The Ministerial Meeting’s participants welcomed a number of policy initiatives adopted by the EC: these included regulations for the battery supply chain proposed in 2020 which include sustainability-focused standards on carbon footprint and recycling mandates and the Critical Raw Materials Action plan, which added lithium to a list of materials deemed necessary for Europe to secure supply of in September. Cooperation between Member States has also been strong, with France and Germany and others working together to progress Important Projects of Common European Interest (IPCEIs) related to batteries worth more than €20 billion over the past year.

The European Investment Bank also reconfirmed its commitment to supporting the Alliance during the meeting and to continue prioritising investment into innovative and sustainable battery projects that are also bankable. This is not only in line with the bank’s own lending pledge for the energy industry but is also in accordance with its pledge to meet the terms of the international Paris Agreement on climate change.

Challenges and priorities ahead

Maroš Šefčovič identified three key priorities for the Battery Alliance to act on in the coming years, while apparently participants at the EBA’s high-level meeting “expressed their broad support” to a range of measures aimed at dealing with those priority areas:

Accelerate work on the regulations and standards proposed for the industry especially in light of large volumes of production capacity expected to come online or ramp up within the next two years. Batteries Regulation could create a field of competition where European producers could compete with global players on sustainability and circular economy principles, not just on cost.

To strengthen sourcing and processing of raw materials as well as manufacture of key components locally. The European Commission called on Member States to assess the potential in each of their countries to invest in and host such facilities, while it was suggested that dedicated discussions be held on the issue later this year. In order to boost competitiveness of European industry, customs duty suspensions for battery materials imports could be applied more strictly and possibly phased out as inter-European options grow.

Finally, a skills gap among Europe’s workforce that threatens to leave the continent short of around 800,000 workers qualified to meet its goals by 2025 needs to be addressed. Participants at the EBA meeting said that dedicated training projects should be run: the European Commission will in April launch a platform for facilitating this process across national borders. EIT InnoEnergy, the European accelerator for sustainable technologies — and also the primary agency through which the EBA has been delivered — will be asked to prepare educational and training projects for Member States.