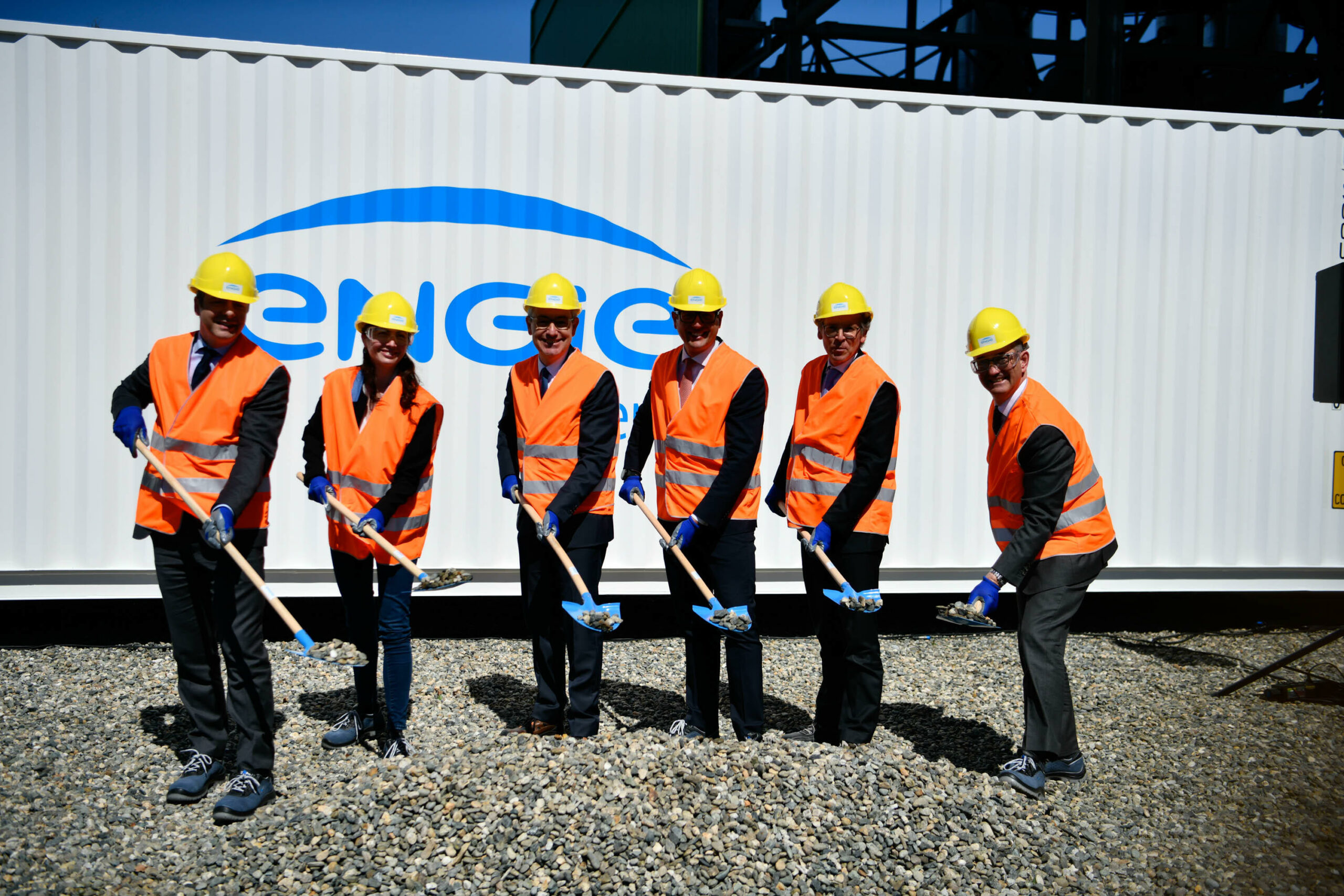 ENGIE EPS at work last year at a project in Leinì, Italy, where energy storage is coupled with natural gas facilities. Image: ENGIE EPS via LinkedIn.

Microgrid and energy storage project technology provider ENGIE EPS has said it cannot commit to a 2020 earnings target, although 2019 revenues showed a 29% increase on the previous year.

Originally spun out of the Turin Polytechnic in Italy and then known as Electro Power Systems (EPS) prior to the multinational France-headquartered utility ENGIE acquiring a majority stake of “just over 50%” in early 2018, the company was awarded two solar-plus-storage projects by the state electric utility of Guam under a 20-year power purchase agreement (PPA) late last year, totalling 50MWp of solar PV and 300MWh of energy storage.

That win contributed to a 127% rise in the company’s project pipeline, which is now worth €686 million (US$750.73 million), although an unsuccessful bidder in the tender process has lodged an appeal with authorities including the Guam Public Utilities Commission (GPUC). However, the appeals process has been held up by COVID-19 coronavirus cases on the islands.

ENGIE EPS also said that the virus’s outbreak is having an impact on “both the industrial operations of ENGIE EPS and its short-term business prospects and it is still too early to assess its full impact”. In a regulatory release, the company went on to say that it is at present unable to confirm its June 2019 revenue guidance of €40 million for 2020 will be met. ENGIE EPS said that it will advise on its €100 million revenue guidance for 2022 once the COVID-19 situation has been overcome.

However, shortly after issuing its earnings statement, the company issued another release to the effect that the Italian government has ruled that its activities that encompass electrical systems development and R&D can be considered essential and may continue through the ongoing government lockdown.

The technology provider has a 'Long Term Strategic Plan' in place mainly around the deployment of its ‘Giga Storage’ containerised storage systems, using which it wants to execute utility-scale energy storage and solar-storage projects, stating that ENGIE remains committed to this plan. ENGIE EPS pointed to successful deployment of projects in Mexico and on French island territory New Caledonia as well as progress to latter stages of development, construction or commissioning of projects in various other territories including Italy and Somaliland.

Revenues amounted to €20.2 million by the end of 2019, although project backlog dropped to €29.5 million which was an 18% decrease on previously communicated backlog in June last year. There was a slight drop in gross margin, from 30% in 2018 to 26.5%. Some costs were incurred in expanding workforce in line with the Long Term Strategic Plan, up from €4.4 million to €6.7 million.

At present the net financial position has weakened to €-8.1 million in 2019 from €6.8 million at the end of 2018. With the help of its majority shareholder, however, ENGIE EPS had been able to obtain a €22.5 million loan from Société Générale, of which it drew down €12.5 million in 2019 to cover various costs. Going forwards, ENGIE EPS said its Giga Storage products are listed to be supplied in two tender bids worth over €300 million, representing 1.6GWh for projects that should be online by 2023.

ENGIE EPS also won its first microgrid contract in the US last year and is expecting to carry out another project on New Caledonia, while it has also secured a framework agreement in Europe for distribution of its EV charger units, Easy Wallbox and is participating in what is described as the largest vehicle-to-grid (V2G) project in the world.