Battery storage system safety was at the top of the agenda for many vendors and their customers at ees Europe last week.

The electrical energy storage trade event took place alongside Intersolar Europe and other strands relating to electric vehicles (EVs) and other smart and clean energy industry sectors and technologies, at Messe Munchen in Munich, Germany.

While there were many interesting products on show and various big picture topics discussed – like the need for coherent policy strategies at EU level on energy storage and the ongoing supply chain crunch – various sources commented that the lithium battery storage industry’s need to reassure stakeholders on the topic of fire safety is paramount.

“In order to really play an important role in our energy and ability, future batteries need to be safe. It’s bad for the industry if people are concerned about battery safety,” Kai-Philip Kairies of battery analytics specialist ACCURE Battery Intelligence tells Energy-Storage.news.

ACCURE’s software can help monitor and assess how batteries in EVs and battery energy storage systems (BESS) are performing, how they are aging and how safely they are operating. Of those three main features of the analytics suite, safety has gotten the most attention lately, Kairies, a battery expert-turned startup CEO, says.

Most recently there was also fire reported at a 10MW/40MWh BESS installed for utility Salt River Project (SRP) in Arizona. Germany’s home energy storage system market is also rapidly growing and Kairies says he knows of five fires at residential systems reported in the past month alone.

While thankfully it appears that no one has been injured by any of those incidents and they remain rare relative to the sheer volumes of battery storage being installed around the world, no one — least of all customers or the general public — can be taking them lightly.

Tools to make the right decisions

Battery storage manufacturer Saft has been delivering containerised systems to global markets since 2010. It has never experienced any serious failures of equipment that have caused fires, a track record that the company’s VP for innovations and solutions, Michael Lippert, said it is proud of.

However, there is still a potential risk involved and one should “never say never” when it comes to safety assessments. Lippert says that for Saft, critical safety considerations needed to be considered holistically and in-built from the very start of work to design the company’s grid-scale battery product, Intensium Max.

One way in which Saft’s approach may differ from its competitors is that the Intensium Max is a standardised, repeatable product that doesn’t fundamentally change in design from project to project.

“From the very beginning, we have made a risk analysis of any possible risk. This includes things like the effect of the cooling system, we will include humidity due to condensation, for example, which is a risk because in a 1500 Volt system, any humidity can create leaking power,” Lippert says.

“We make sure that before you open your [container] door, we set the temperature beyond the condensation point. So, there are many things we have thought through in the beginning towards [enhancing] functionalities, but also safety.”

Saft’s system design integrates a combination of detection systems, fire suppression and hazard management that Lippert claims is “quite unique in the world”.

Intensium Max, the building blocks of all Saft’s projects, contains two independent fire suppression systems. The company has also learned, from seeing incidents take place at other makers’ projects, that there is a need for management of the gases that can cause explosions if built up inside containers.

“We pay a lot of attention to making sure that the operator, but also fire brigades that would intervene are familiar with these devices and they have the tools to make the right decision. Which means they do not need to open the container to see what is happening, they have the training, and they have the diagnostic tools outside to see the temperature, to see whether there is an explosive atmosphere.”

INTILION, a battery storage manufacturer headquartered in Germany, was unveiling a new prototype BESS for the commercial and industrial (C&I) market, with an inbuilt fire safety feature.

The many advantages that lithium-ion batteries have, also come with “characteristic fire and explosion risks,” which mean a lithium fire cannot be extinguished, INTILION product manager Martin Peters says.

There are three main causes of fires: electrical risks from overvoltage, overcurrent or overheating, thermal risks from high temperatures outside the battery system and mechanical risks that come from physical damage or manufacturing defects which can’t be readily identified externally.

“Maybe over the years of usage, you have some issues in the cells. Dendrites on the plates could be increasing, leading to a cell internal short circuit, which then leads to thermal runaway and then propagation.”

In the German market, battery systems for indoor use need to meet certification standards set by VDE. These include requirements that no fire can spread or propagate between neighbouring battery modules and that there should be no flames outside the module.

INTILION has designed an additional housing to go around each module, with calculated air channels that route any gases released in a defined way. The gas is therefore compressed enough to not be flammable, and the gases are vented from the front of the unit.

The prototype has been certified by a laboratory in Germany. Peters says the fire risk from lithium batteries can’t be completely eliminated, but the damage can be limited to just one module. The INTILION system also includes a tray to collect any leaked electrolyte, preventing contamination of groundwater.

Once systems are actually in the field, battery data can be an effective tool in preventive maintenance, ACCURE’s Kai-Philipp Kairies says.

“Every battery has a BMS, a battery management system, that generates some data like voltage, current and temperature and we use that data to basically reverse engineer what’s happening inside of the battery,” Kairies says.

There are certain “inner states” of battery health that can’t directly be measured, can be calculated. Depending on how these inner states develop over time, ACCURE is able to judge if a battery module or cell’s performance is healthy, and similar to the rest of the pack.

If the analytics software indicates that one battery shows indications of plating, for example, that battery can be pulled out of operation before it becomes dangerous. With over 1.5GWh of assets under management across the EV and ESS sectors, ACCURE proves this can be done at scale, Kairies says, ensuring the safety of this and the next generation of lithium battery storage systems.

What do we know about battery storage risk? 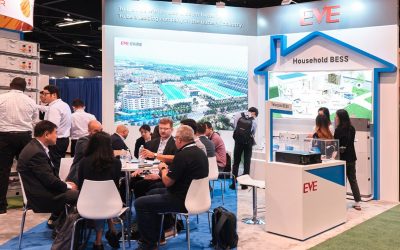