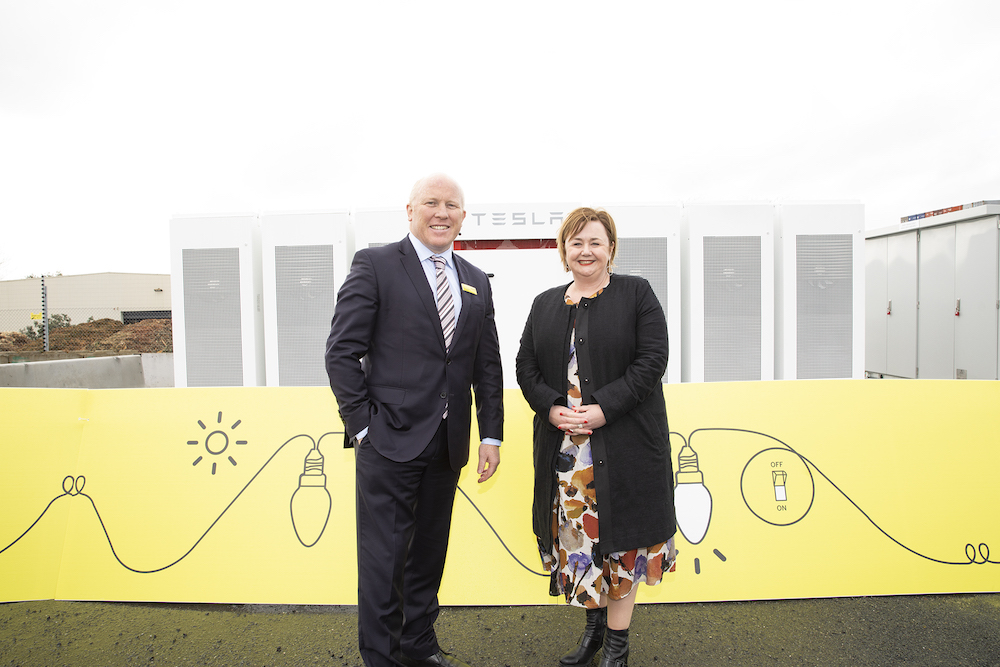 The project, based around a Tesla Powerpack 2 battery system was revealed to be under development in January this year. Energy-Storage.news reported at the time that the 1MW / 2MWh of Powerpacks is connected to existing pumped hydro facilities in South Auckland and used by Mercury’s R&D centre as part of a trial of scalable grid-connected batteries.

Back in January, Mercury said battery capacity at the installation itself could be added to at a later date, and that the system, with a cost of close to NZ$3 million (US$2.01 million), would trial the redispatch of electricity generated by hydro as well as the possibility of using the Powerpacks in energy trading markets. A Mercury announcement this morning also said the project could be used to investigate the redispatch of geothermal energy.

“We see battery storage as playing an increasingly important role in providing a reliable supply of electricity in New Zealand, as we increase our reliance on wind and solar to generate our electricity,” John Clarke, general manager at grid operator Transpower, said.

“We look forward to continuing to work with Mercury throughout the trial and gather key learnings to enable the transition to New Zealand’s sustainable energy future”.