Eaton: Gov’ts and regulators need to catch up to create ‘open and transparent’ markets for storage 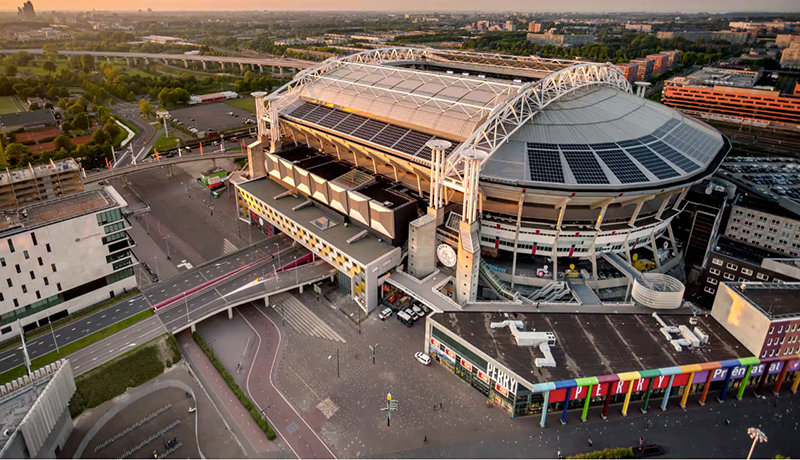 Fundamental changes in how battery energy storage technology works come faster than they have done in solar PV or wind historically – and governments and regulators will need to adapt to keep up, one industry insider has told Energy-Storage.News.

Louis Shaffer, manager of Eaton’s distributed energy management sector for the EMEA region, said that the convergence of low cost renewables, falling battery system prices and the need to modernise grids and increase access to power in regions with no grid or with unreliable grids has made energy storage an effective tool.

“I’m especially excited about battery storage because what I see is an investment in technology,” Shaffer said at the Energy Storage Europe show in Dusseldorf last week.

“In solar and wind it’s more about scale and good engineering of each aspect, but very little about fundamental innovation. A wind turbine today is very similar to a wind turbine 10 years ago, just much bigger, better, works at lower speed, the blades are nicer – but it’s not as if we’ve come up with a new wind turbine technology. If you look at solar it’s very similar. The price of panels has dropped, mainly because we’ve made the silicon thinner and things like this, but what we see in batteries is the fundamental… how people do the electrodes, how much energy density they can pack in, it’s changing very fast.”

A multinational power management company, Eaton is involved in energy storage at scales from domestic, where it is partnered with Nissan to supply its second-life EV battery-powered residential storage systems, to large-scale, where Eaton works with AES to sell the latter’s Advancion megawatt-scale lithium-ion systems.

“I think where battery storage prices are today, even if there was no renewables, we would see a lot of interest in battery storage and the fact that you can couple it with solar, it’s almost like an obvious case. We feel like we’re on the cusp of this really big change of how people view energy and where energy should come from,” Shaffer said.

Regulators and governments “putting the brakes on” until they understand better

According to Shaffer, being on the brink of this new set of changes means that naturally, governments and regulators still have some way to go in understanding the role of energy storage in many markets. Shaffer said the “gut reaction” of regulators and governments appears to be to “put the brakes on” the deployment of storage in their jurisdictions, because they do not yet understand the technology well or are seeking to understand it better.

Shaffer’s view is that it “takes a while for governments, regulators and utilities to catch up” and that his company saw it as important not that incentives are offered to speed up the uptake of energy storage, as seen in solar PV, but instead for regulation and markets to be more transparent and open, which would allow markets to develop by themselves. Better definitions of energy storage and its role need to be put in place too, Shaffer said.

He said, at the moment, it was important for storage system providers to find the right projects for the right customers. For example, a recent project at the Amsterdam Arena combines 280 second-life Nissan Leaf EV batteries to make up 4MWh of energy storage. Along with Eaton and Nissan, energy trading platform / aggregator Mobility House was a partner on the project. Providing peak shaving, backup power and grid stabilisation services, the stadium’s power supplies are assured and secured by the installation, but in times when there is not a football match or concert happening to provide power for, Mobility House is able to sell the power generated and stored. Shaffer said that combining the stadium’s use with Mobility House’s trading muscle made the project viable.

“You put the right people together, the business case becomes good and each one by its own probably wouldn’t have made it but together it makes it [viable],” Shaffer said.