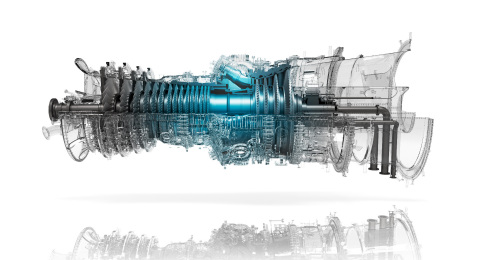 A massive “green hydrogen hub” adjacent to a coal power plant in Utah could get over half a billion dollars in US government loans to support its development.

Targeting the use of renewable energy-generated hydrogen as very long-duration or seasonal energy storage, the Advanced Clean Energy Storage Project would pair more than 1,000MW of hydrogen electrolysers with giant salt caverns that could each store more than 150GWh of dispatchable energy capacity meaning that in excess of 150 hours of storage could be possible.

Project co-development partners Mitsubishi Power Americas and Magnum Development said yesterday that the project has been invited to apply for up to US$595 million in loans from the US Department of Energy’s Loans Program Office. The latter was recently “reopened for business” as President Joe Biden took office and noted clean energy entrepreneur Jigar Shah was selected to lead it, with more than US$40 billion in loans and loan guarantees available.

The Loans Program Office’s role is to accelerate commercial deployment of innovative energy infrastructure technology at large-scale that provides greenhouse gas and air pollution reduction benefits. While it has provided debt finance worth some US$30 billion over the past decade to providers like Tesla that have proven successful and paid back their loans, media attention often focuses on one company, Solyndra — a maker of cylindrical PV modules for commercial buildings and received around US$500 million from the programme — that didn’t.

As the infographic from the project partners shows below, the Utah green hydrogen hub would take excess power generated from hydroelectric, geothermal, solar and wind and electrolyse it into hydrogen for storage in the salt caverns, where it can later be used for power, industrial and transport applications. Other large-scale, long-duration energy storage technology developers around the world have proposed using salt caverns as a storage medium for gases as the salt seals cracks in the walls: Canadian advanced compressed air energy storage (A-CAES) company Hydrostor being one prominent recent example. 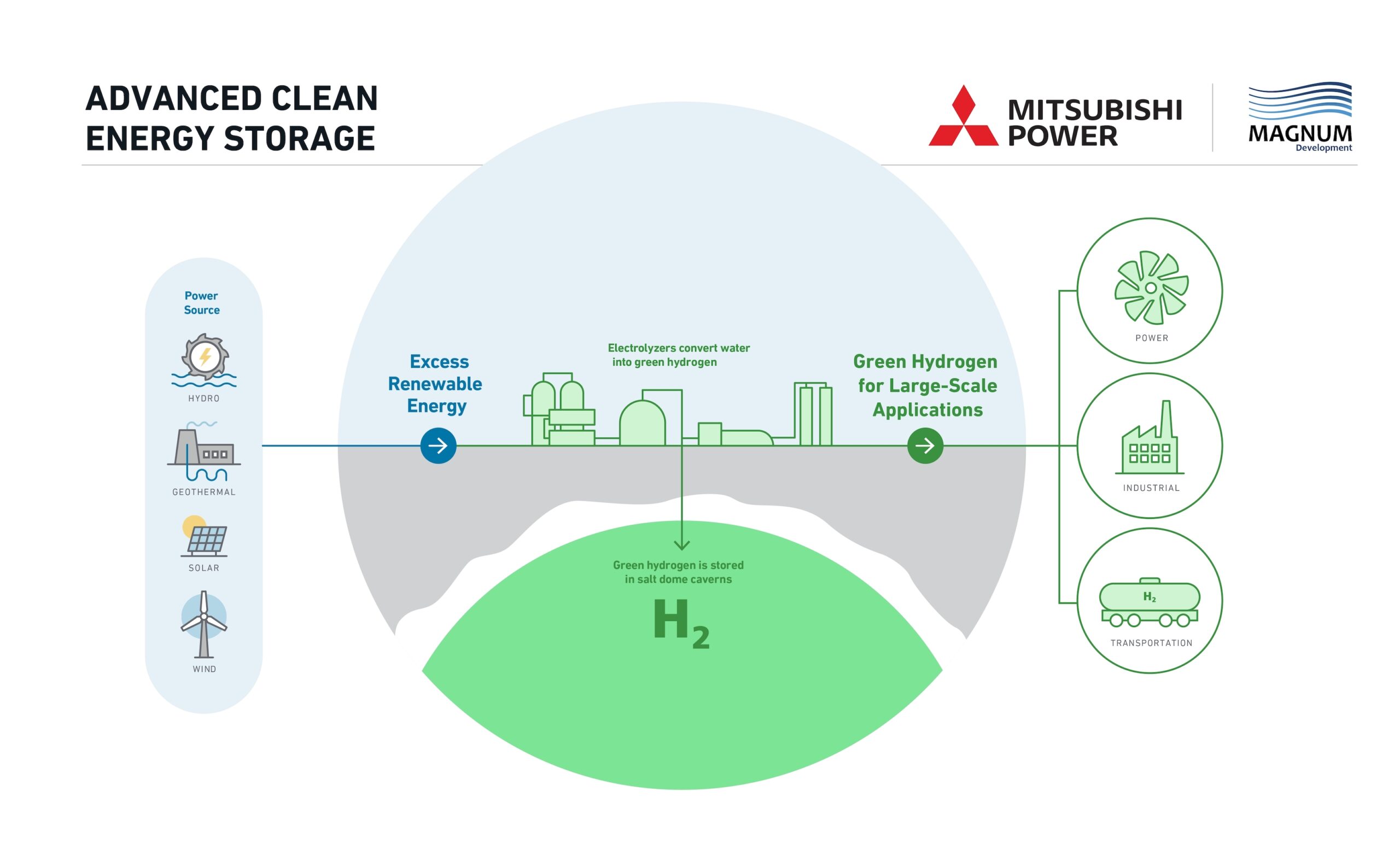 The application for the loan will be submitted by the project’s financial advisor Haddington Ventures. Haddington is also equity sponsor to Magnum Development, the company which owns the large salt formation and which is also involved in developing portfolio companies across natural gas, compressed air energy storage (CAES), refined products and industrial gases including helium as well as hydrogen.

The existing Intermountain Power Project coal power station nearby gives the project the advantage of access to grid interconnection with transmission to major demand centres as well as proximity to renewable resource opportunities, Mitsubishi Power and Magnum Development said.

Mitsubishi Power Americas has recently stepped up its involvement in the hydrogen sector, including the launch of what the company claimed is a simplified and standardised offering for commercially integrating hydrogen at large-scale into energy systems. This will initially be used to integrate green hydrogen into about 3GW of natural gas plants in New York, Virgina and Ohio. In an article for this site last year, Janice Lin, head of the Green Hydrogen Coalition trade group said the ability of tech providers like Mitsubishi Power and Siemens to develop turbines that could run on 100% hydrogen gas demonstrated the versatility of hydrogen as a low-carbon energy carrier.