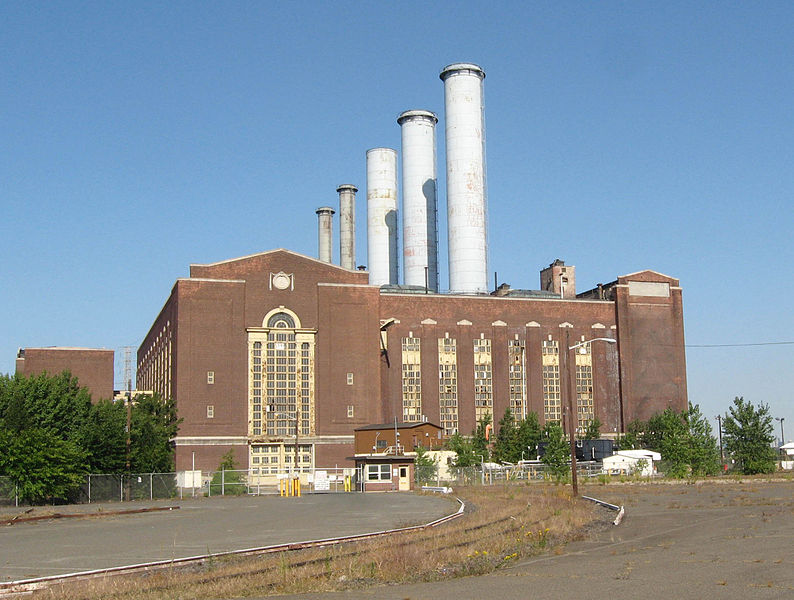 A peaker gas plant in New Jersey. Typically these power plants are only utilised for a short time each evening, but can be among the most polluting assets on the grid. Image: wikimedia user Jim Henderson

DC-coupling of combined solar and energy storage plants could be a more effective way to save energy that would otherwise be clipped and 'lost', benefitting the grid and helping efforts to reduce the amount of carbon pumped into the air, the COO of technology provider Fluence has said.

However, Zahurancik said, for the most part, the handful of utility-scale solar-plus-storage plants already in existence are co-location projects. Batteries and solar panels in these projects often act almost independently of one another, and developers are taking advantage of the fact that they have the land and grid connection for solar, to add energy storage systems that can provide various grid services like frequency regulation.

“There haven't been that many solar+storage projects built yet, but one of the things that's possible is coupling them using the same inverter at the DC level and that gives you some unique differences from doing it as an AC-coupled system,” Zahurancik said.

“In many cases the developers then are looking at oversizing the solar piece of it and taking advantage of the fact that they already acquired the land, they have the whole balance of plant, they can add panels relatively cheaply.With the storage piece of it they can take solar that they ordinarily would've been clipped off at the top, to fit within the grid connection and save it in the batterieis and use it at different times of the day.”

According to Zahurancik, Fluence's DC-coupled product has been used in a project set to go live in Massachusetts in the “next couple of months”, with more projects then expected to go live in other parts of the US, before the company makes the offering international.

While there is no 'one size fits all' solution for developers and project owners, the amount of energy clipped can therefore be “significant”, with a 100MW PV plant potentially oversized by 30MW in some cases.

“There's a couple of different things you can do with solar+storage but generally [if you look at solar energy production], there's a curve that starts rising from the beginning of the day when the sun comes out and then it peaks out [at around noon when the sunshine is at its most intense], then it starts to drop away. What typically happens when you build a solar facility is you don't build, if your connection agreeement is a 100MW, you don't have the very 'tippy-top' of your peak curve at 100MW.

The top of the peak curve might be at 100MW or 130MW and the reason for that is then, you can get a broader period of a few hours where you're at your 100MW grid connection and you're filling it out rather than just having it for like three minutes and then it drops off.”

“Typically when you look at solar, people will say, I'm building a [plant with a] 1.3 to 1 DC-to-AC ratio. They're building 130MW of power generation but they're only planning to put out 100MW at peak and they're going to basically detune the inverters and get rid of some of that energy at peak.

Instead, if that clipped 30MW could be put into batteries, and using a 1.8 to 1 or even 2 to 1 ratio of DC-to-AC, the 'shoulders' of the solar production curve become broader, allowing for a significant part of the energy to go straight into the battery for later use.

In other words, while 24 hours of solar-plus-storage is only a reality in very sunny parts of the world such as Chile, or islands with high electricity prices, like Hawaii, it's still possible to make an impact in maximising the value of solar financially as well as reducing the amount of fossil fuels needed to help the grid meet those critical peak times in the early evening.

Read a feature article on DC-coupling from the pages of PV Tech Power, Vol.20, now also available free in our downloadable Special Report.