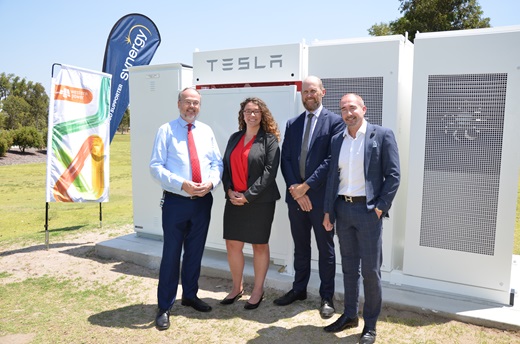 New ways to increase the numbers of people that can benefit from battery storage are being tried out in Melbourne, Australia, by one of the city’s electricity distribution network owners, in partnership with an energy non-profit.

What have been dubbed “solar sponges” – batteries deployed to ‘soak up’ and store locally generated solar PV electricity – could go into shared ownership, reducing the cost versus homeowners installing their own individual battery storage units.

The pair said that their investigation of the potential will include crowd-sourcing for local investment and will aim to create a sustainable commercial model through which community battery storage could be deployed. After identifying trial sites and gauging whether local communities would be receptive to the idea, CitiPower and Yarra Energy Foundation will come up with a funding model and form relationships with energy retailers and other energy market service providers that could get involved.

From there, the project’s second phase will see the “solar sponges” deployed on a “broader scale,” connected to the low-voltage electricity network and expected to take place before the end of this year. The partners said that investors have already shown interest in the project.

YEF’s CEO Dean Kline said that the “battery network would work as a solar sponge, absorbing power from solar during the day and releasing it during peak times and at night,” providing benefits at community, network and individual customer level.

Kline added that sharing the batteries could be a “smart solution to give households and businesses reliable and affordable energy when they need it,” without homeowners having to pay the upfront cost of buying and installing a battery system themselves.

The CBD of Melbourne, in the state of Victoria, is not among Australia’s regions with a fast uptake of rooftop solar — CitiPower general manager for electricity networks Mark Clarke said that only around 5% of around 332,000 people on his company’s networks have solar at home — but this proportion could rise to 24% by 2026.

It’s the latest community battery storage trial for Australia’s local electricity networks after the announcement of several schemes across the country in the past few months. It is thought to be the first of its kind in Victoria, the pair said in a press release.

Others include a 4MW / 8MWh scheme in Townsville, Queensland, an area which has been conversely described as a “solar hotspot” which was announced in early 2019, while in New South Wales a community-owned battery of 2MWh capacity was given a local government grant to support its development. In October 2020, AusGrid, an electricity distribution company serving around two million customers in New South Wales said it had found potential locations at which to deploy three community battery storage systems.

A feasibility study commissioned by AusGrid from professional services company KPMG found that battery storage systems over 250kWh would have a better chance to break even than smaller systems as they would be able to participate in a wider range of market opportunities and provide more services.

Back in 2017, expert services and accreditation group DNV GL said from its own studies that a “multi-stakeholder” approach such as community ownership could be key to enabling grid-connected battery storage systems to benefit electricity network operators and customers. More recently, Australian National University in Canberra did a study on the right tariff structures that would suit a community battery setup and found that while the ownership model does offer benefits, designing those tariff structures will still take time and the best mix of time-of-use rates that enable arbitrage and ‘transport’ tariffs that reward the use of locally generated energy are unclear.

“With this renewable energy source growing it is a good time to be investigating the potential for connecting batteries to support the whole community,” CitiPower’s Mark Clarke said.

“By sharing the batteries, customers can make the most of their investment in solar. It benefits all CitiPower customers, even if they don’t have rooftop solar, as batteries help reduce the cost of building network capacity to accommodate more power and manage localised peak demand, particularly in summer.”