Construction of 250MWh liquid air ‘CRYOBattery’ has begun in UK 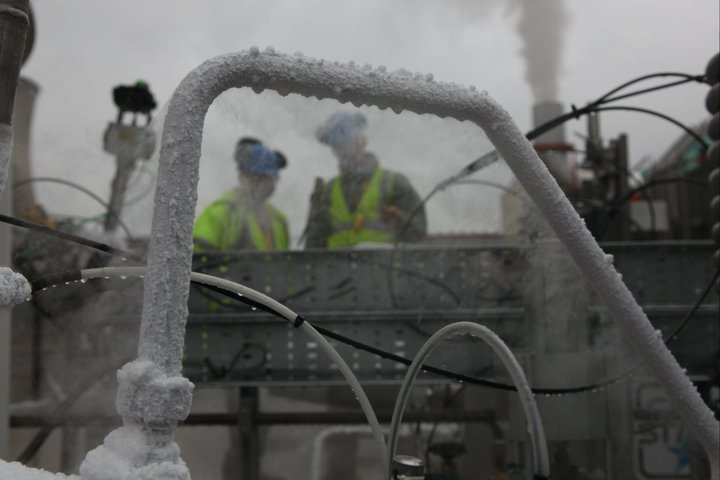 Using a solution the company has dubbed the 'CRYOBattery', the project is being developed by the company together with UK-based independent power station developer Carlton Power and is to enter into commercial operation in 2023, with the intention of generating revenue through the Capacity Market, grid balancing, arbitrage and ancillary services such as frequency response and voltage support.

It was first announced in 2019, with a £10 million (US$13.24 million) grant awarded to the project from the UK government's Department for Business, Energy and Industrial Strategy (BEISS) earlier this year.

The long-duration storage cools ambient air, turning it to liquid at -196°C. This liquid air is then stored at low pressure and later heated and expanded to drive a turbine and generate power.

It is one of many types of long-duration storage being developed, although Highview claims it to be the only long-duration energy storage solution available that is locatable and can offer multiple gigawatt-hours of storage.

The company also lauded the CRYOBattery’s “small footprint” as well as its ability to be scaled with no size limitations or geographic constraints.

In addition, the site is to have a visitor centre adjacent to the plant that will be open from Q1 2021. This is to allow visitors to see the progress of the site being built as well as to take virtual tours.

The project “will help the UK to integrate renewable energy and stabilise the regional electrical grid to ensure future energy security during blackouts and other disruptions,” Highview CEO Javier Cavada said.

Cavada appeared as a panellist at this year's Energy Storage Digital Summit hosted by our publisher Solar Media in May. The Highview CEO spoke about the LAES technology and its potential to help transform energy sectors in the UK and internationally, appearing alongside a representative of flow battery provider Invinity Energy Systems and gravity energy storage startup Gravitricity. You can watch the full video of that session here.

Highview Power has also inked deals to develop similarly-sized – or even larger – projects in the US, while the company recently also signed up to a partnership that could see it deploy systems in Chile and the wider Latin American region. Highview raised US$46 million in venture capital (VC) funding during the first half of this year, making it one of the top recipients of VC investments across the entire battery storage sector in that period.

A version of this story first appeared on Solar Power Portal.