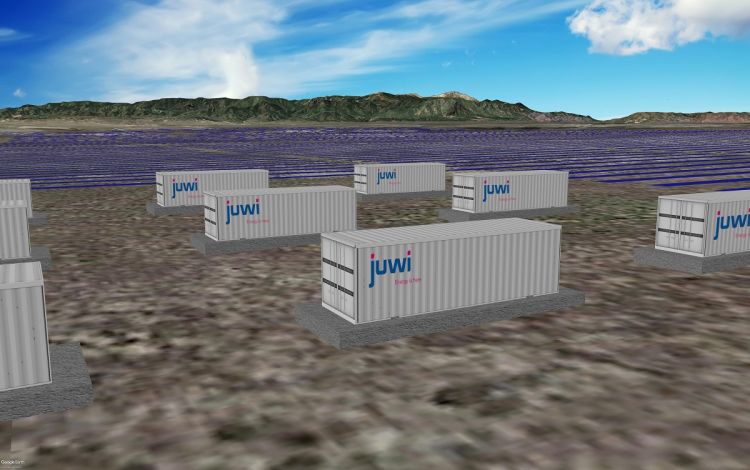 The Pike Solar and Storage facility will be constructed in El Paso County, Colorado. Image: juwi.

The US unit of German developer and EPC provider juwi has inked a power purchase agreement (PPA) with Colorado Springs Utilities for a 175MW solar project coupled with a 25MW battery storage system.

Located in El Paso County, Colorado, and slated for completion in 2023, the Pike Solar and Storage project marks the first contracted storage system for both juwi Inc. and Colorado Springs. Connected to both the solar array and the electric grid, the battery will have a discharge duration of four hours (100MWh).

The 17-year PPA will allow renewable energy to represent 27% of Colorado Springs Utilities’ energy portfolio. “The additional solar we will bring online will help diversify our energy mix and help us reach our energy vision goal of achieving 80% carbon reduction by 2030,” said CEO Aram Benyamin.

Pike is the second solar project that juwi and Colorado Springs Utilities have worked on together. The first, Palmer Solar, is a 60MW facility that reached commercial operation earlier this year and is currently the largest solar project in the utility’s system.

The PPA follows the approval of a new Colorado Springs sustainable energy plan by the Utilities Board. “I’m thrilled we are able to bring more renewable energy to the residents of Colorado Springs,” said Board chairwoman Jill Gaebler. “Through the year and a half public input process into the integrated resource plan, we listened to our customers and this is what they told us they wanted. Today, the board is delivering on that promise.”

Juwi bolstered its presence in Colorado earlier this year, signing a deal to develop 400MW of solar for utility the Tri-State Generation and Transmission Association. The agreement will see the firm construct four utility-scale PV parks before the end of 2023.

According to the Solar Energy Industries Association, 3,320MW of additional solar capacity is expected to be installed in Colorado over the next five years.