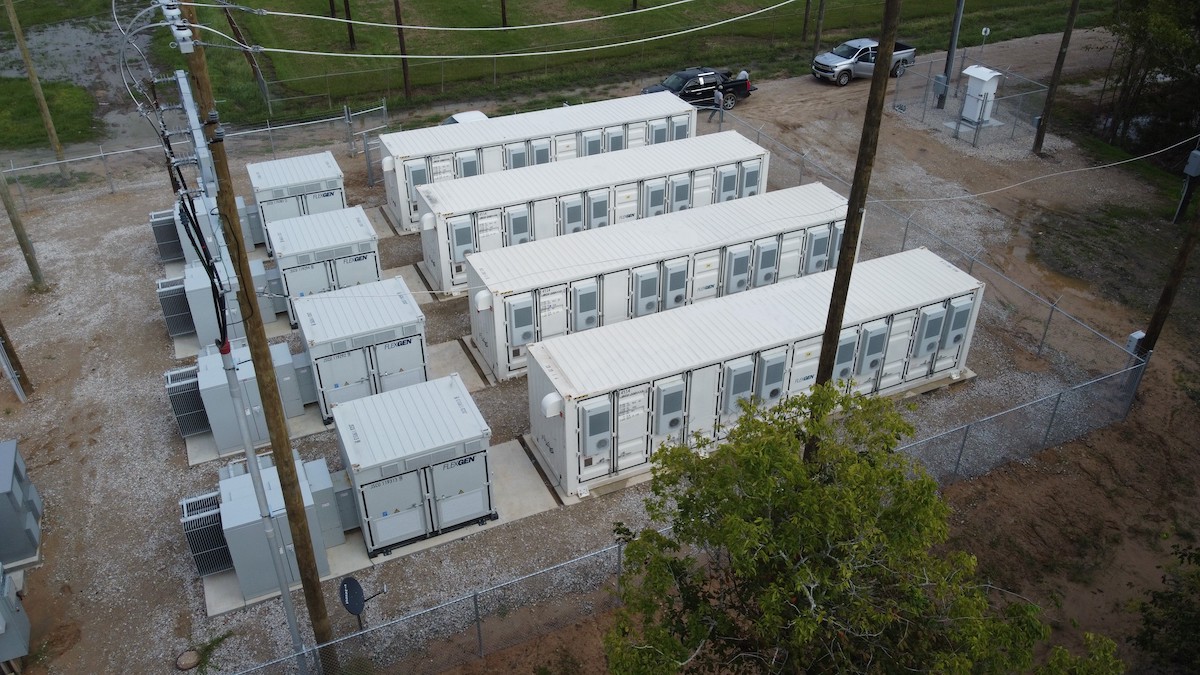 One of a number of grid-connected battery energy storage system (BESS) projects FlexGen has built in Texas. Image: FlexGen.

NREMC, a rural utility cooperative in Indiana, has just announced that it is deploying 108MWh of battery storage in a five-year project with energy storage technology and solutions provider FlexGen.

NREMC – Northeastern Rural Electric Membership Corporation – said that the full 108MWh of projects that it is partnering with FlexGen for will help reduce overall grid demand during peak times and lower consumers’ electricity rates while also providing backup power to some of its networks when weather or other events cause disruptions. The energy storage systems are projected to save consumers over US$35 million over 20 years, NREMC claimed.

NREMC is the third largest member-owned electric distribution cooperative in Indiana, serving more than 30,000 households and businesses. FlexGen will begin by working on two projects in the state’s Allen County and in Whitley County with a combined 14MW of output and 21.6MWh and 25.2MWh of capacity split across them, to be completed and commissioned by next summer.

FlexGen pointed out in a press release that each will be slightly larger than the state’s biggest battery project built to date, a 20MWh system commissioned by utility Indianapolis Power & Light in 2016. The new systems will be built on FlexGen’s operating software platform for energy management, Hybrid OS, which the company claimed will enable power to be exported to the grid seamlessly during peak demand periods or during weather-related disruptions. The batteries will charge from the grid when prices are lower, during off-peak times.

In a recent interview for our technical journal PV Tech Power, FlexGen’s chief operating officer Alan Grosse said that many people might be surprised to see that his company now considers Indiana to be one of the most important state-level markets in the US energy storage industry.

“Within the US market…our biggest markets in order of where we see quoting activity, where we’re building systems and where we see the market opportunity, are Texas, California, and then the northeastern US, so Massachusetts, to some degree and some of the independent system operator (ISO) zones in New York. Those are the areas that we see and then if I had to take a fifth, I would say of all places: Indiana,” Grosse said.

This is primarily because the phase-out of coal is driving the state’s power sector to procure large amounts of renewable energy and then inevitably energy storage to help balance and integrate the new, variable power source, Grosse said.

Old King Coal left behind in the clean energy economy

One example is a project the company did for another utility in Indiana, which added battery systems to a natural gas plant. The batteries enable the gas turbines to black start, meaning they go from switched-off to fully operational – something that would previously have been done with polluting, expensive and ultimately, less reliable diesel engines.

While the combination of batteries with natural gas in that instance may sound counter-intuitive in some sense of achieving a full decarbonised energy system, that power plant sits on the site of an 800MW coal plant which is closing down.

Northern Indiana Public Service Company (NIPSCO), one of Indiana’s biggest utilities with more than 1.2 million customers and 2.9GW of generation capacity, said in its 2018 Integrated Resource Plan (IRP) that it plans to transition away from coal by 2028. The company in late 2019 issued requests for proposals (RFPs) for more than 2GW of solar and solar-plus-storage and 300MW of wind paired with storage as well as for an unspecified amount of capacity from any eligible energy technologies. As a result, NextEra Energy Resources recently said that it is building 900MW of solar projects for NIPSCO by 2023, featuring 135MW of energy storage.

Much clean energy industry focus in the US has understandably been on the leading states with strong renewable energy mandates and energy storage targets such as California and Massachusetts.

Yet it seems the economic decline of coal along with the recognition of its environmental impacts has at the same time led the energy sector in some historically coal-driven states such as Indiana and Virginia – which this year launched its own energy storage target as part of a 100% clean power plan – to see energy storage as a keystone of plans to modernise their economies and electricity networks.