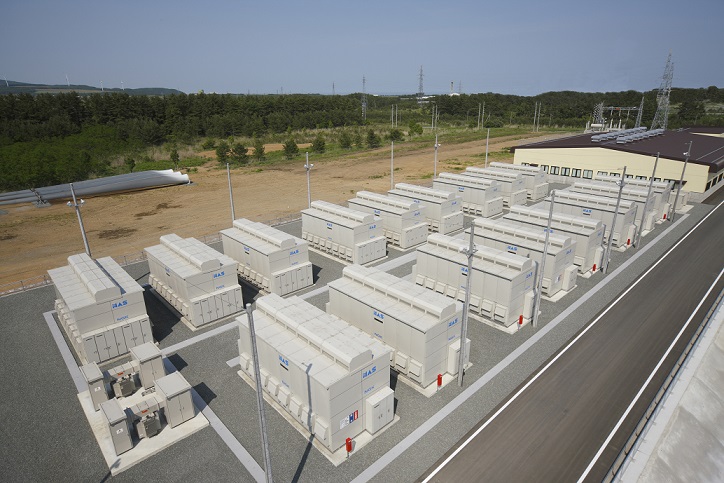 Update 25 March 2021: NGK Insulators responded to a request for more info from Energy-Storage.news and confirmed that the NAS battery storage system will be sited at the 5MW Uliastai solar PV project which is included in the ADB's Upscaling Renewable Energy  Sector project for Mongolia. According to an October 2020 Procurement Plan published by the development bank, the solar project has an estimated value of about US$7.95 million and it is being carried out along with the 10MW Umonogovi wind project, 10MW Altai solar PV project, 5MW Telmen wind project and 10MW Moron solar PV project. NGK told Energy-Storage.news that the battery system will absorb “fluctuations in the amount of power generated due to solar power conditions” as well as supplying power from the batteries at off-peak times. When asked if NGK is also interested in providing battery storage technology to the planned 160MWh project in Ulaanbaatar, the company's representative said that “NGK strongly believes that the needs of renewable energy and storage systems are increasing. Therefore, NGK is proactively looking to participate in similar opportunities to solve energy storage issues based on the experience of this project.”

Sodium-sulfur (NAS) batteries made by Japanese industrial ceramics company NGK Insulators will be used at a solar PV plant in Mongolia, in a project that will receive funding and loans based on its use of low carbon technologies.

NGK will supply a 600kW / 3,600kWh NAS battery energy storage system to the project which is in Uliastai, in Mongolia’s western Zavkhan Province. It is part of a wider initiative to increase the use of renewable energy in Mongolia, which is heavily dependent on coal — for instance around 93% of total power demand in the Central Energy System, which serves major load centres including the capital Ulaanbaatar, comes from a fleet of ageing combined heat and power coal power plants.

While the new project will be sited in a separate energy system area, Altai-Uliastain, in the country overall the energy sector is responsible for about two-thirds of national greenhouse gas (GHG) emissions and severe air pollution causes health problems for its citizens including respiratory disease.

NGK’s NAS batteries can provide long-duration energy storage with a large capacity and have already been used in 600MW / 4,200MWh of projects worldwide. They can store and discharge for six hours at rated output and between 14-18 hours at one-third of rated output, have an expected lifetime of around 15 years, or 4,500 cycles. The battery technology, of which NGK is the only manufacturer, was among a number of long-duration non-lithium-ion technologies profiled in an article for this site and the quarterly journal PV Tech Power in early 2020.

The battery houses sulfur in the positive electrode and sodium in the negative electrode, using a special ceramic component as electrolyte. Operating at a high temperature, it can be used in both warm and cold environments. The main applications it is used for include load-levelling, adjusting supply and demand imbalances on grids, stabilising renewable energy integration as well as offering backup power. In September last year, chemicals company BASF said it would use the technology to support green hydrogen production from wind power, while more recently the tech provider was picked out to supply systems to a rocket and space vehicle launch station of the Japan Aerospace Exploration Agency (JAXA) to support the stable operation of electric power systems.

The Uliastai project is Mongolia's first large-scale solar-plus-battery storage project. It will be delivered to the Ministry of Energy of Mongolia and funded through a loan from the Asian Development Bank (ADB) as well as by the Japan Fund for the Joint Crediting Mechanism (JCM), a programme hosted by the ADB and created by Japan’s government Ministry of the Environment. NGK will work with Japanese engineering, procurement and construction (EPC) partner JGC Corporation as well as local energy sector player MCS International. The project’s scheduled completion date is Spring 2022.

The battery storage system will be paired with a grid-scale solar PV plant, and the project is part of the ADB’s Upscaling Renewable Energy Sector initiative for Mongolia, through which around 40MW of wind and solar power plants are being built.

Mongolia is targeting the reduction of GHG emissions by 7.3 mtCO2 by 2030, and renewable energy’s share of total installed capacity reaching 30% by that time. This constitutes about 593.5MW of renewable energy capacity increase over 10 years. According to figures from the Asian Development Bank, Mongolia’s combined solar and wind potential is an estimated 2,600GW of installed capacity. That would meet national energy demand which stood at about 1.2GW in 2018 as well as being enough for the country to become an energy exporter to northeast Asia.

The country is also increasingly dependent on electricity imported from the Siberian grid in the Russian Federation, which again is highly carbon intensive and utilisation of transmission capacity for power import had already reached 70% by 2018, causing a bottleneck for power supply. Meanwhile concerns have been raised over curtailment of renewable power within the country’s grid networks.

The Ulaanbaatar battery project is being funded by a loan of US$100 million from the ADB as well as a grant of US$3 million from its High-Level Technology Fund, to which the government of Japan was the first donor. Funding was approved in April last year, with that project expected to be completed in 2024 and technical details, such as battery chemistry, are yet to be decided.